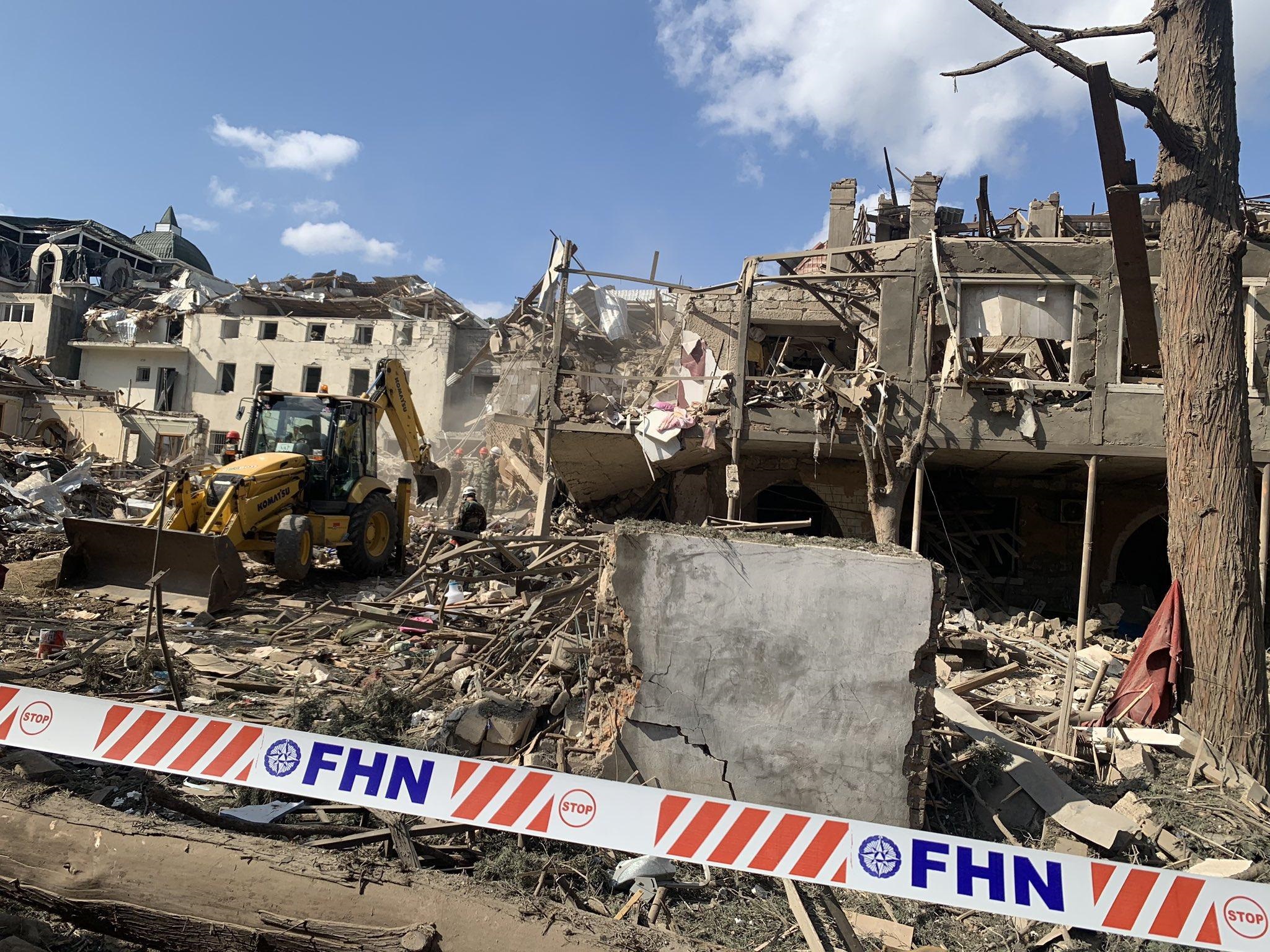 During the latest 44-day war, the Armenian armed forces violated the Geneva Conventions by firing Azerbaijani cities and villages located far from the line of contact. As a result, 93 civilians were killed, including 12 children and 28 women, some 423 people were injured, including 51 children and 104 women. / Report.Az

“An application has been submitted to the European Court of Human Rights by Azerbaijani government on Armenia's aggression against Azerbaijan,” said Kamal Jafarov, a member of Azerbaijan’s parliamentary committee of legal policy and state-building, according to a report by APA.

Armenia kicked off a full-blown military aggression against Azerbaijan following the Soviet Union’s dissolution in 1991. The bloody war until a ceasefire in 1994 saw Armenia occupying 20 percent of Azerbaijan’s internationally recognized territories – Nagorno-Karabakh (Daghlig Garabagh) region and seven surrounding districts. Over 30,000 Azerbaijanis were killed, nearly 4,000 went missing, and one million were expelled from those lands in a brutal ethnic cleansing policy conducted by Armenia.

In addition, during the latest 44-day war, the Armenian armed forces violated the Geneva Conventions by firing Azerbaijani cities and villages located far from the line of contact. According to Jafarov, the Armenian armed forces used cluster and phosphorus munitions, as well as long-range ballistic missiles to attack civilians and infrastructure in Azerbaijan. As a result, 93 civilians were killed, including 12 children and 28 women, some 423 people were injured, including 51 children and 104 women. In addition, about 9,300 private houses were partially or completely destroyed.

The missile attacks on the Azerbaijani city of Barda are considered the deadliest attack on civilians and the worst civilian death toll during the latest 44-day war. According to data compiled by Human Rights Watch, Armenia’s forces used the prohibited Russian-made Smerch cluster missiles to attack residents of Barda city on October 27 and 28, 2020. As a result, some 27 civilians were killed and more than 80 injured in the two consecutive attacks on the city, which is home to 40,000 people and located 30 kilometers away from the battle zone.

The latest outbreak of war in the region started on September 27 after Armenia’s forces deployed in the occupied Azerbaijani lands shelled military positions and civilian settlements of Azerbaijan. The attacks triggered the Azerbaijani forces to take immediate counter-offensive measures for pushing back the assault. The 44-day war ended in a tripartite ceasefire statement signed by Armenia, Azerbaijan and Russia on November 9. By this time, Azerbaijani forces liberated more than 300 settlements, including the cities of Jabrayil, Fuzuli, Zangilan, Gubadli and Shusha, from nearly three-decades-long illegal Armenian occupation. Armenia returned the occupied Aghdam, Kalbajar, and Lachin districts to Azerbaijan by December 1 as part of the obligations it took under the ceasefire deal. Currently, a Russian contingent of 1,960 peacekeepers oversees the peace and adherence to the ceasefire agreement in Azerbaijan's Nagorno-Karabakh region and the 5km-wide Lachin corridor.

Meanwhile, there are currently more than 1,000 similar individual applications pending before the Court in Strasbourg, which were lodged by Azerbaijanis displaced from Azerbaijan’s Karabakh region during the First Karabakh War.

For example, during the “Case of Chiragov and Others v. Armenia,” the Court ruled that Armenia exercises control over the Nagorno-Karabakh region and the surrounding territories, including the district of Lachin. At the same time, the Court dismissed preliminary objections of Armenia. The Court rendered a judgment that Armenia has been continuing to violate Article 1 (Protection of property), Article 8 (Right to respect for private and family life), and Article 13 (Right to an effective remedy) of the Geneva Convention.

Armenia was ordered to pay 5,000 euros in respect of pecuniary and non-pecuniary damage to each of the Azerbaijani applicants and a total amount of 28,642.87 pounds sterling for costs and expenses.