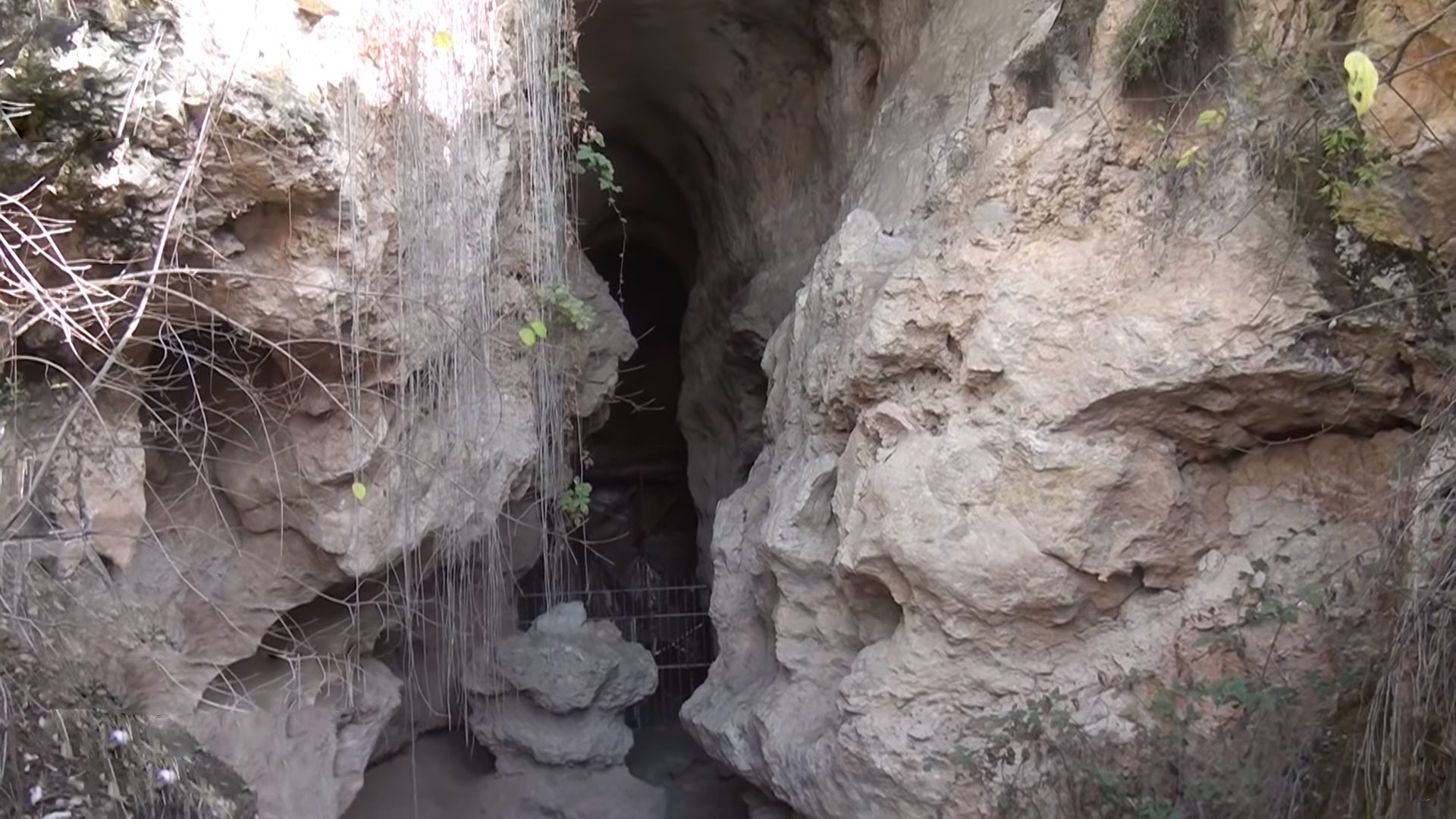 First views from the Azykh cave after 28 years of Armenia's occupation was released on January 4, 2020 / Ministry of Defense of Azerbaijan

The Defense Ministry of Azerbaijan posted this week a video from the Azykh cave, a prehistoric settlement in the Khojavend district, which was recently liberated from Armenia's occupation. The Azykh Paleolithic cave returned to Azerbaijan's control during a six-week-long war in the country's Karabakh region.

The Azykh cave remained under Armenia's occupation for nearly three decades following the capture of the Khojavend district on October 2 in 1992. Khojavend is located in the Nagorno-Karabakh (Daghlig Garabagh) region, an internationally recognized territory of Azerbaijan. Azerbaijani army retook the Hadrut settlement and dozens of villages of the Khojavend district, including home to the Azykh cave, the Azykh village in the Guruchay valley, as part of the counter-offensive operations in the country's Karabakh region from September 27 through November 9.

The Azykh Paleolithic cave is the largest of its kind in the entire Caucasus region and is considered to be a site of one of the most ancient locations of proto-human presence in Eurasia. The first scientific exploration of the cavern was conducted by an archaeological expedition led by prominent Azerbaijani archeologist Mammadali Huseynov from 1960-1968. Huseynov's expedition discovered 10 layers in the prehistoric cave that consisted of eight 600-meter-long corridors.

The major finding of the archeological digs in the Azykh cave was the fragment of a human jaw. The low jaw bone was identified to be related to a Neanderthal type of human. The further in-depth examination of the finding proved it to belong to an 18-22-year-old woman that lived 350-400 thousand years ago and scientifically classified as Azykhantrop. According to archeology experts, the jawbone found in the Azykh cave is the fourth oldest of its kind in the world after similar archeological findings discovered in Tanzania, Kenya and France.

In addition to the jaw bone, over 3,000 stoneware, remnants of more than 45 various animals, and multiple prehistoric campfire traces have been found in the Azykh cave. The scientific examinations proved the primitive handmade instruments to date back to 1-1.5 million years ago.

Scientists summarized the life and habits of the inhabitants of the Azykh cave as the Guruchay culture given their proposed dwelling primarily along the same name valley in the territory of Azerbaijan. Comprehensive researches show that the lifespan of the Guruchay culture in Azerbaijan is estimated at 500,000 years from 1.2 million through 700,000 years ago. Due to its lifetime proximity, this culture is only compared to the 1.5 million-year-old culture found in the Olduvai camp in Tanzania.

After Khojavend's occupation in 1992, Armenian occupants organized multiple illegal expeditions to the Azykh cave without the consent of the Azerbaijani government. The Academy of Sciences of Armenia invited specialists from Italy, Spain, and Great Britain for conducting explorations and excavations in the prehistoric human settlement of Azerbaijan. As a result of serial excavations in the Azykh cave, the expedition team has found various valuable materials of scientific significance and transferred them illegally to the museums of Armenia and Western countries for showcasing them as the so-called "traces of their ancestors."

Azerbaijani scholars believe that the Azykh cave should be nominated by the UNESCO World Heritage Committee as a world heritage site from Azerbaijan. Historian-archaeologist Aida Ismayilova says the material-cultural findings from the prehistoric cavern proved Azerbaijan as an ancient human settlement and have been recognized by the world community, which set grounds for suggesting the inclusion of the Azykh cave in the UNESCO World Heritage List.