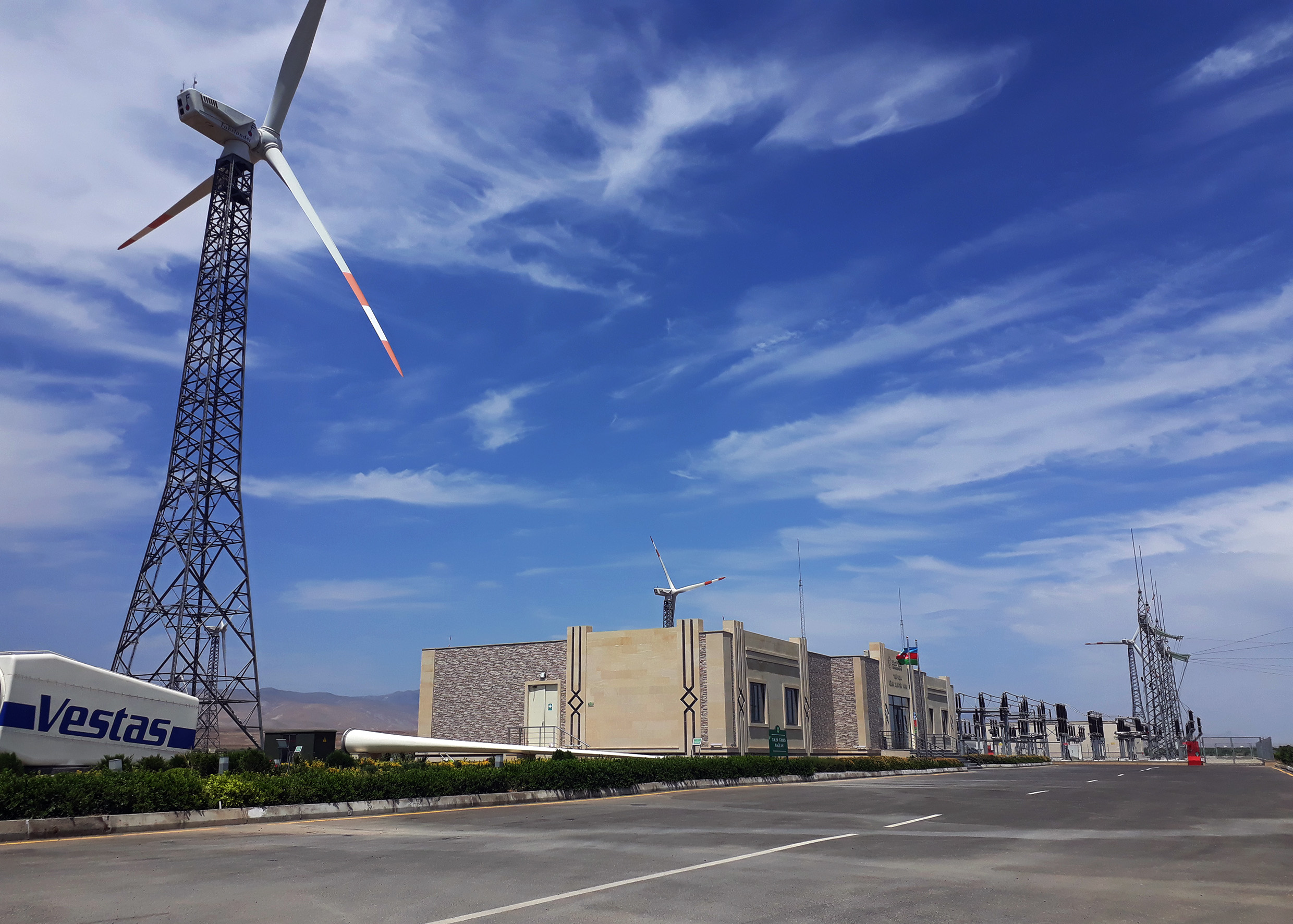 Azerbaijan’s energy ministry revealed prices for the electricity to be generated by the country’s solar and wind power plants operated by the Arabic companies.

According to the information acquired from the country’s energy ministry, the price tag for one kilowatt of energy will be close to the wholesale price in Azerbaijan - 0.06 Azerbaijani Manat (AZN), an equivalent of $0.035.

Saudi Arabia’s AcwaPower company and the United Arab Emirates’ Masdar company will generate renewable energy in Azerbaijan as part of multi-million projects. Masdar will build a solar power plant with a capacity of 230 megawatts 75 kilometers southwest of the capital Baku, in the Gobustan district. The project cost is estimated at $200 million. The wind farm to be built by AcwaPower in the Khizi and Absheron districts will have a capacity of 240 megawatts and cost around $300 million.

Energy generated by AcwaPower will be sold at 0.055 AZN or $0.032 per kilowatt. In comparison, the price of electricity generated by Masdar will stand at 0.057 AZN or $0.034. The prices were agreed upon with both companies and include value-added tax (VAT).

On January 9, 2020, Azerbaijan’s Energy Ministry and ACWA Power signed an implementation agreement to develop, build, and operate a wind power park in Azerbaijan. The power purchase agreement (PPA) of the project spans over 20 years on a Build Own Operate (BOO) basis. Azerbaijan’s President Ilham Aliyev sanctioned the deal on April 30, 2021.

On the same day, UAE’s Masdar secured a contract to develop, build, and operate a solar power park on the outskirts of the capital Baku. One year later, on April 7, Masdar CEO Mohamed Jameel Al Ramahi and Azerbaijan’s Energy Minister Parviz Shahbazov signed an investment agreement for the project.

“Masdar has signed agreements to develop a utility-scale solar PV project in the Republic of Azerbaijan. The 230-megawatt (MWac) project is the country’s first foreign investment-based independent solar project structured as a public-private partnership,” the company announced on Twitter.

The company from the UAE also inked last month a Power Purchase Agreement and Transmission Connection Agreement with Azerenerji Company, the national electrical power company of Azerbaijan, and an off-taker for the project.

These renewable energy projects are expected to help Azerbaijan save 300 million cubic meters of natural gas, equal to 10 percent of the total volume of blue fuel consumed by the country's population annually.

Both projects sit well with the government’s efforts for diversifying the energy mix of Azerbaijan by leveraging the vast renewable energy resources, including primary wind and solar. Earlier this year, President Ilham Aliyev said the government was planning to meet 30 percent of the overall demand for electricity by renewable energy by 2030.

In its report titled “Support for the Implementation of Renewable Energy Auctions in Azerbaijan,” the European Bank for Reconstruction and Development (EBRD) mentioned that Azerbaijan has strong potential for renewable energy development.

According to the document, the Absheron peninsula, the coastal areas along the Caspian Sea, as well as the Caspian basin, the Nakhchivan Autonomous Republic, and Baku are considered suitable for developing wind energy projects. At the same time, Baku, Kur-Araz lowland, Absheron Peninsula, and the Nakhchivan Autonomous Republic are deemed suitable for developing solar power projects.