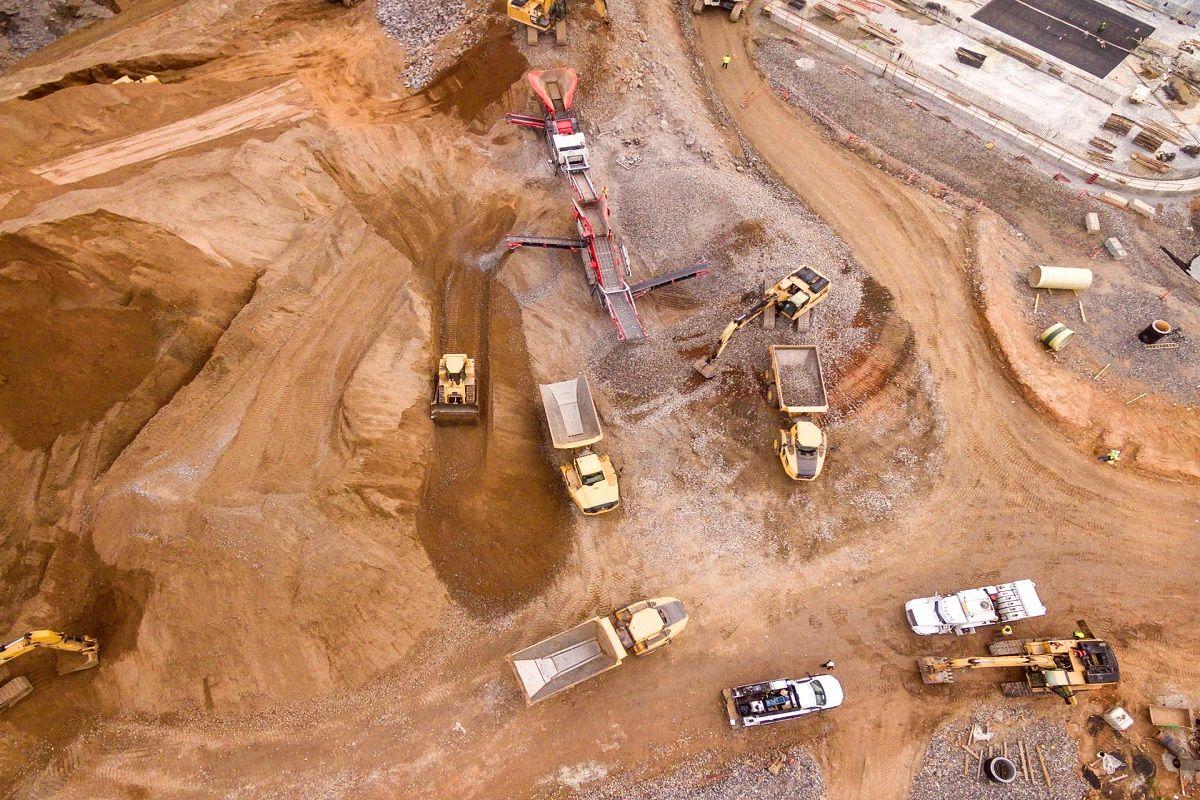 The names of foreign companies that illegally operated in the once-occupied territories of Azerbaijan have been revealed.

Ali Aliyev, the head of the National Geological Exploration Agency of the Ecology and Natural Resources Ministry, said at a news conference on Tuesday that Canadian Sterlite Gold and First Dynasty Mines, Swiss Base Metals, Russian Geopro Mining Gold Company, Armenian Copper Programme, in cooperation with Swedish and Liechtenstein entrepreneurs, US Global Gold and Indian Vedanta Resources, were among the companies listed as illegal miners, Anadolu reported.

According to Ali Aliyev, the mineral deposits were operated illegally in Azerbaijan's Karabakh and other surrounding regions.

Currently, ecological activists, civil society members, and volunteers from Azerbaijan are staging protests against illegal mining in the Azerbaijani lands. The rally on the Lachin road, connecting Armenia with the Karabakh region of Azerbaijan, has moved into its 38th day.

Since December 3, 2022, a group of experts from Azerbaijan’s Economy Ministry and Ecology and Natural Resources Ministry, and the State Property Service under the Ministry of Economy and AzerGold Company, held negotiations with the command of the Russian peacekeeping contingent on the illegal exploitation of mineral deposits, as well as on environmental and other secondary consequences in the Azerbaijani territories under its temporary monitoring. As a result of consecutive meetings on December 3 and 4, the two sides agreed to ecological monitoring by the Azerbaijani experts at the Gizilbulag gold and Demirli copper-molybdenum deposits.

However, on December 10, the visit of the representatives of Azerbaijan to the deposits was derailed in the wake of illegal intervention by ethnic Armenians living in certain parts of Azerbaijan's Karabakh region. At the time, Russian peacekeepers failed to take preventive measures to facilitate the previously agreed visit of the Azerbaijani experts.

This led civil ecological activists, society members and volunteers to protest along the Lachin road on December 12.

The Azerbaijani authorities have been calling for more efficient control over the Lachin highway by the Russian peacekeeping contingent. The demands gained momentum after reports surfaced about the illegal transportation of minerals from the Azerbaijani territories temporarily monitored by the peacekeepers to Armenia via the Lachin road. Baku-based Caliber.Az news agency reported on November 30 that eight Kamaz trucks accompanied by a Nissan Patrol SUV with an Armenian license number 731 - AB - 61 ER, made their way from the Khankendi city of Azerbaijan to Armenia between November 10 and November 14. Moreover, on November 16-18, identical vehicles were seen along the Lachin road from Armenia to Khankendi.

According to operational data, raw materials extracted at the gold mines near the village of Gulyatagh of the former Aghdara (current Tartar) region of Azerbaijan, located in the zone of temporary responsibility of the Russian peacekeepers, have been transported on these Kamaz trucks. The materials were moved by the Base Metals company, a subsidiary of Vallex Group Company based in Switzerland, engaged in the looting of precious metals in Kalbajar, Zangilan, and Aghdara during their occupation by Armenia and currently in the area where Russian peacekeepers are temporarily stationed.

Armenia and Azerbaijan had been locked in an armed conflict for nearly 30 years over the Karabakh (Garabagh) region, which is an internationally recognized territory of Azerbaijan. Armenia launched full-blown military aggression against Azerbaijan following the Soviet Union’s dissolution in 1991. The bloody war lasted until a ceasefire in 1994 and saw Armenia occupying 20 percent of Azerbaijan’s internationally recognized territories. Over 30,000 Azerbaijanis were killed, and one million were expelled from those lands in a brutal ethnic cleansing policy conducted by Armenia.

On September 27, 2020, the decades-old conflict took a violent turn after Armenia’s forces deployed in the occupied Azerbaijani lands shelled military positions and civilian settlements of Azerbaijan. During the counter-attack operations that lasted 44 days, Azerbaijani forces liberated over 300 settlements, including the cities of Jabrayil, Fuzuli, Zangilan, Gubadli, and Shusha, from nearly 30-year-long illegal Armenian occupation. The war ended in a tripartite statement signed on November 10, 2020, by Armenia, Azerbaijan, and Russia. Under the statement, Armenia also returned the occupied Aghdam, Kalbajar, and Lachin districts to Azerbaijan.

Five gold deposits and other natural resources of Azerbaijan in the once-occupied territories have been intensively looted by the local Armenian companies and those invited from overseas. Companies such as Vallex Group, First Dynasty Mines, Base Metals, Lydian International, GeoProMining, and Vedanta Group, as well as the Armenian-descent businessmen and entrepreneurs, which has close relations with the Armenian diaspora, were all involved in illegal mining operations in the once-occupied Azerbaijani lands. The Franck Muller luxury watch manufacturer company owned by a Swiss tycoon of Armenian origin, Vartan Sirmakes, used gold from the Soyudlu and the Vejnali deposits of Azerbaijan in the production of Frank Muller watches. Sirmakes has reportedly exploited gold worth $302 million.