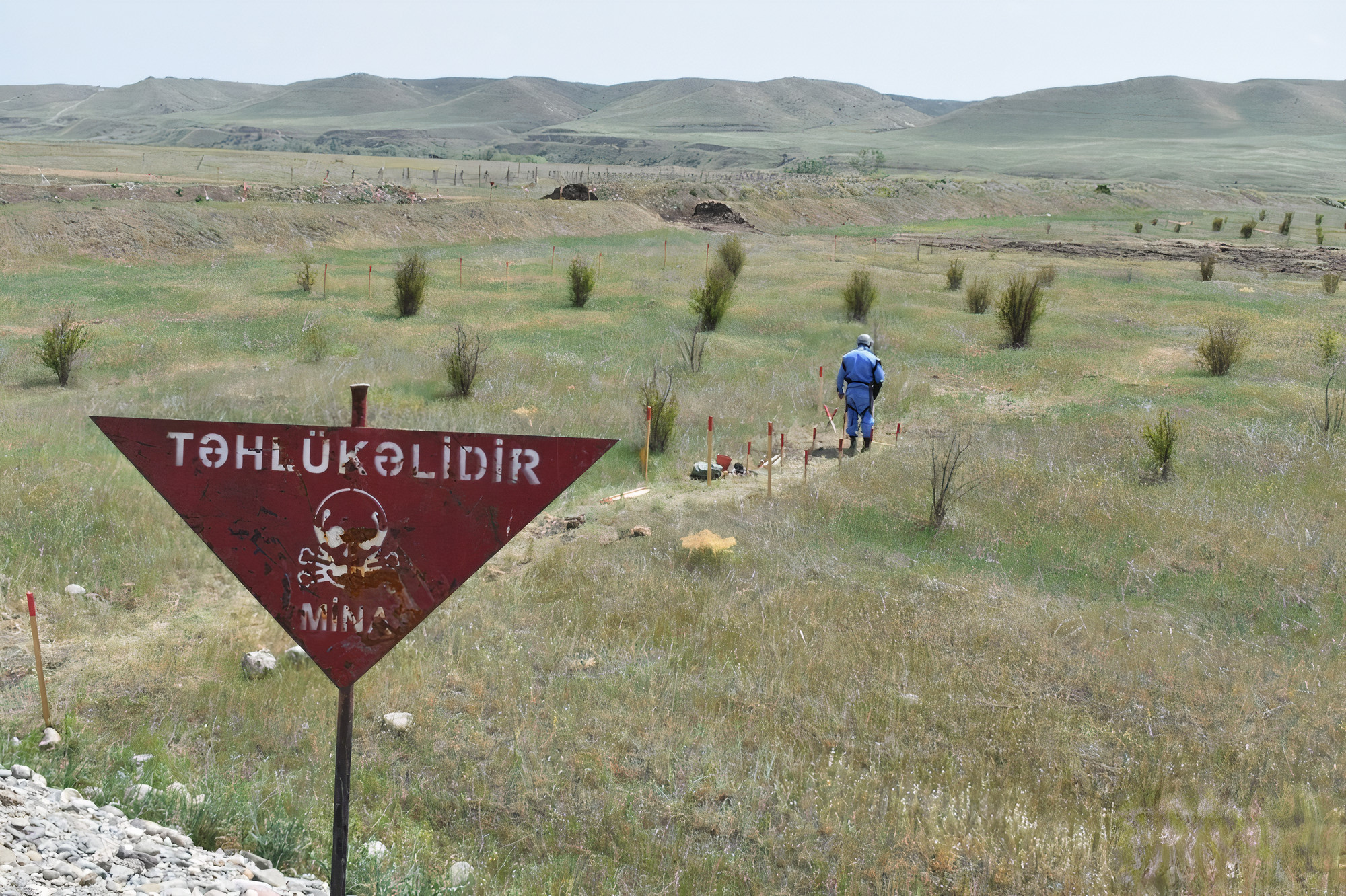 An ANAMA specialist works in a minefield in the liberated territories of Azerbaijan. ANAMA estimates that the clearance of those territories fully from landmines, unexploded ordnances, and warheads could take 10-13 years under current circumstances / Courtesy

Azerbaijan has released the next group of Armenian detainees captured while trying to commit provocation in the Kalbajar direction of the state border, the country’s State Security Service reported.

“Guided by the principles of humanism, the Republic of Azerbaijan handed over 10 servicemen of the Armenian descent to the Armenian side on December 4,” the Service said in a statement.

According to the report, the extradited persons were detained on November 16, 2021, as part of the Azerbaijani army’s efforts to prevent provocation committed by the Armenian armed forces in the Kalbajar direction of the state border.

In response, Armenia provided the Azerbaijani side with mine maps of other liberated territories of Azerbaijan. The Russian Defense Ministry reportedly mediated the process.

Azerbaijan has so far released dozens of Armenian detainees captured in Azerbaijani territory after the ceasefire in November 2020. At the same time, Yerevan transferred to Baku the maps of the landmines planted by the Armenian forces in the once occupied Azerbaijani territories since the early 1990s. These maps reportedly identify the coordinates of a total of 189,000 anti-tank and anti-personnel mines in the Aghdam, Fuzuli, and Zangilan districts of Azerbaijan.

Later, Azerbaijan’s President Ilham Aliyev said the accuracy of these maps did not exceed 25 percent. Officials in Baku were convinced that the maps hidden by Armenia could help neutralize at least one million landmines planted in the once occupied Azerbaijani lands.

The Karabakh (Garabagh) region, which is an internationally recognized territory of Azerbaijan, has been mined heavily during its nearly 30-year-long occupation by Armenia since the early 1990s. Armenia kicked off full-blown military aggression against Azerbaijan following the Soviet Union’s dissolution in 1991. The bloody war lasted until a ceasefire in 1994 and saw Armenia occupying 20 percent of Azerbaijan’s internationally recognized territories. Over 30,000 Azerbaijanis were killed, and one million were expelled from those lands in a brutal ethnic cleansing policy conducted by Armenia.

Demining operations, however, faced many challenges due to Armenia’s refusal to hand over the maps of the areas contaminated by landmines. The Azerbaijani authorities have repeatedly stated that minefields remain one of the main obstacles to reconstruction and humanitarian projects in the liberated territories.

Since November 10, 2020, more than 180 civilians and servicemen have been trapped by those mines, being either killed or injured after the war. On June 4, two journalists and a government official were killed by a mine explosion in the Kalbajar district.

ANAMA officials claim that the neutralization of unexploded ammunition, warheads, and missiles in the combat zones under current circumstances could take 5-6 years, while it is about 10-13 years for the mined areas.