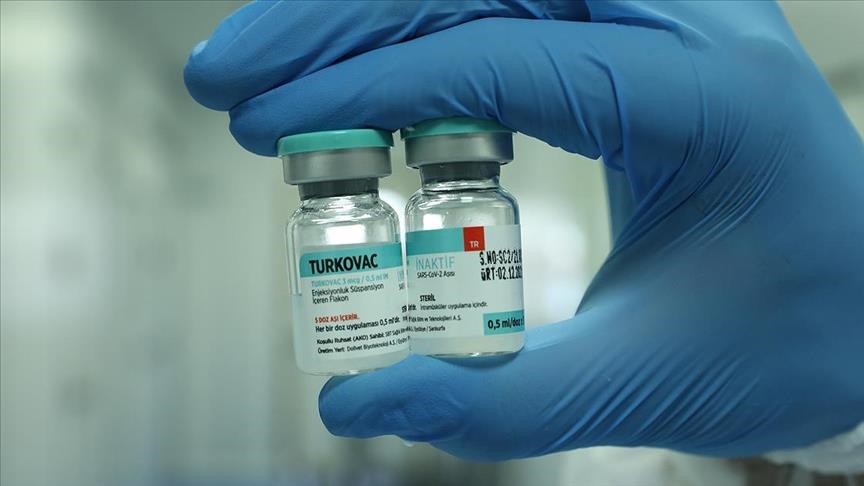 Some 1,200 doses of the Turkish vaccine against Covid-19 have been supplied to Azerbaijan this week. / Anadolu Agency

Azerbaijan has received 1,200 doses of the Turkish vaccine against Covid-19 to launch the phase three clinical trials of the immunizer.

On Wednesday, the state-run Baku Health Center and the Department of Healthcare Institutes of Turkiye signed a protocol to give a start to the voluntary trials of Turkovac in Azerbaijan.

Asiman Hasanov, Executive Director of the Baku Health Center, said the study aims to learn the vaccine’s effectiveness as a booster dose in Azerbaijan. The vaccine will first be given to volunteers, who will help reveal the immediate and long-term effects.

“Volunteers receiving a booster dose against Covid-19 will undergo general screening to determine if they have contracted Covid-19 during this period, as well as other serious pathologies,” Hasanov said, according to a report by Azertag.

“Once these individuals are registered for the booster dose regimen, they will participate in the clinical trial [of the vaccine] as a booster dose,” he added.

Erhan Akdogan, who chairs the Department of Healthcare Institutes of Turkiye, said no side effects of Turkovac had been identified, while its protective effect was confirmed to be the same as other approved vaccines. According to him, along with Azerbaijan, the inactivated Covid-19 vaccine will be tested in Hungary, Poland, Uzbekistan, Kyrgyzstan, Pakistan, and Argentina.

In the meantime, Turkish Vaccine Institute professor Atesh Kara said a comparative analysis of Sinovac and Turkovac vaccines in Turkiye revealed the Turkish vaccine to be more effective than the Chinese one. The study found that post-vaccine infection had been observed in 43 out of 1,100 patients inoculated with Sinovac and 23 patients with Turkovac.

The clinical trials of Turkovac in Azerbaijan will be the first overseas trials of the Turkish vaccine. Residents of all 81 provinces of Turkiye have already been given the national vaccine.

The phase one trials of Turkovac started in November 2020, with the second and third phases rolled out in February and June 2021, respectively. Officials at the Turkish Vaccine Institute confirmed Turkovac to fight the Omicron variant effectively.

Starting on February 15, 2022, the vaccination certificate is considered valid for six months after the second-dose completion. Earlier, the certificates were issued permanently.

According to the latest data, Covid-19 infected more than 790,000 people in Azerbaijan, of which over 779,000 recovered. The virus claimed 9,599 lives in the country of ten million population.