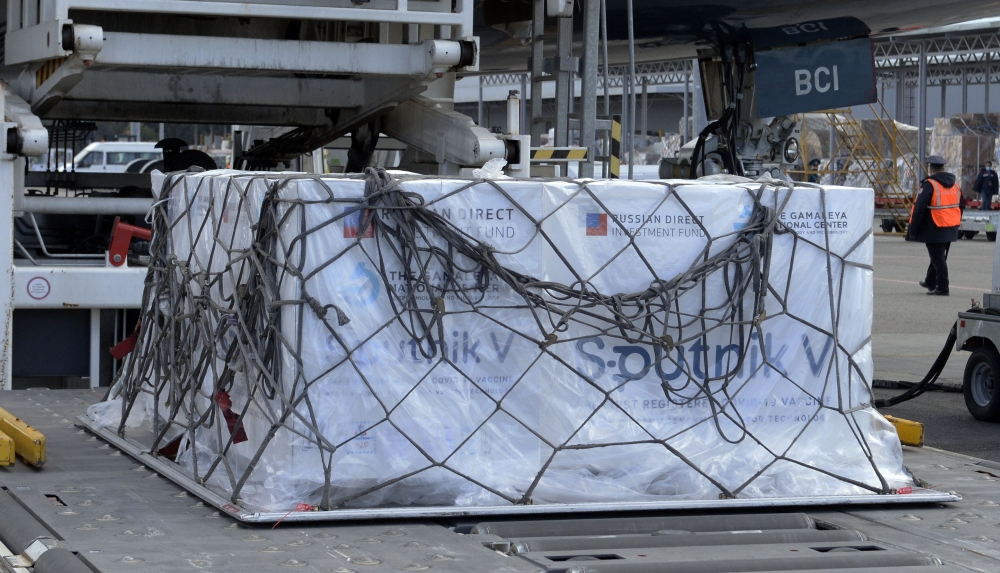 Some 84,000 doses of the Russia-made Sputnik V vaccine arrived in Azerbaijan on May 2, 2021, Heydar Aliyev Airport, Baku, Azerbaijan / Healthcare Ministry of Azerbaijan

Azerbaijan received the first batch of the Russian-made Sputnik V Covid-19 vaccine on Sunday as part of a purchase agreement signed between the country’s government and the vaccine’s manufacturer in March.

The Healthcare Ministry of Azerbaijan reported that 40,000 jabs of the Russian vaccine arrived in the country.

"The vaccine’s delivery is a gesture of our friendship with Azerbaijan. I’m glad that the Russian vaccine will contribute to Azerbaijan’s struggle against the coronavirus infection," Russia’s Ambassador to Azerbaijan, Mikhail Bocharnikov said, adding Sputnik V’s efficacy was confirmed to be 97 percent after its use in 64 countries so far, TASS reported.

According to the Russian envoy, the delivery of the vaccine’s next batch is expected sometime during this month.

In March, Azerbaijan’s State Agency for Compulsory Health Insurance reached an agreement with the Russian manufacturer Human Vaccine Company to import 300,000 jabs of Sputnik V. Chairwoman of the Russian Federation Council, Valentina Matvienko said in April that 100,000 jabs will be delivered to Azerbaijan by the end of May.

Sputnik V is the world's first registered coronavirus vaccine. It is based on human adenoviruses, which cause many common health issues such as colds, sore throats and conjunctivitis. The Russian vaccine contains a built-in coronavirus gene that is responsible for immunity and does not multiply in the human body. The effectiveness of "Sputnik V" is reportedly seen after receiving two shots. First, the patient is injected with part of the vaccine; the second injection follows 21 days later. After it, a drug based on an adenoviral vector unfamiliar to the human body spurs the immune response and provides long-term immunity. Antibodies appear after vaccination. They protect against the channel through which the coronavirus enters the cell.

Despite reports showing its efficacy, there have also been negative reports about Sputnik V. In early April, the EU Observer claimed that four people had died and six others had experienced serious health complications after being vaccinated with Sputnik V. Russia's Federal Service for Surveillance in Healthcare, also known as Roszdravnadzor, denied there was a direct link with the vaccine. Roszdravnadzor said that no adverse side effects had been reported apart from typical post-vaccination reactions such as flu-like infections, skin irritations, headaches and fatigue.

The Chinese-made CoronaVAC vaccine is currently being used for vaccination in Azerbaijan, as part of a voluntary campaign funded by the government. The country purchased nine million doses of the Chinese vaccine, of which 4 million will be imported via Turkey, and 5 million directly from China. SinoVac supplied the first batch of 500,000 shots directly to Azerbaijan in early April. Before, 1.5 million doses have been delivered to the country via Turkey, where they undergo necessary laboratory checks before being shipped. More than 2 million jabs have been supplied to Azerbaijan so far, including CoronaVAC, Vaxzevria (AstraZeneca) and Sputnik V.

More than 1.5 million vaccines have been administered in Azerbaijan since the start of the vaccination on January 18. The first shot has been received by 975,303 people, while 541,739 people completed their vaccination procedure by receiving the second shot, according to a statement released by the Operative Headquarters under the country’s Cabinet of Ministers.

Since May 3, the British-Swedish-made Vaxzevria vaccine is used for vaccination in Azerbaijan alongside the Chinese CoronaVAC. Citizens aged 60 years and above will be vaccinated with Vaxzevria, 84,000 doses of which have been imported to the country from South Korea in April. The contract signed between GAVI and Azerbaijan’s State Agency for Compulsory Health Insurance in March addresses the purchase of a total of 412,000 doses. 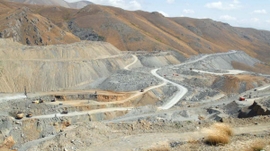 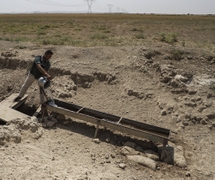