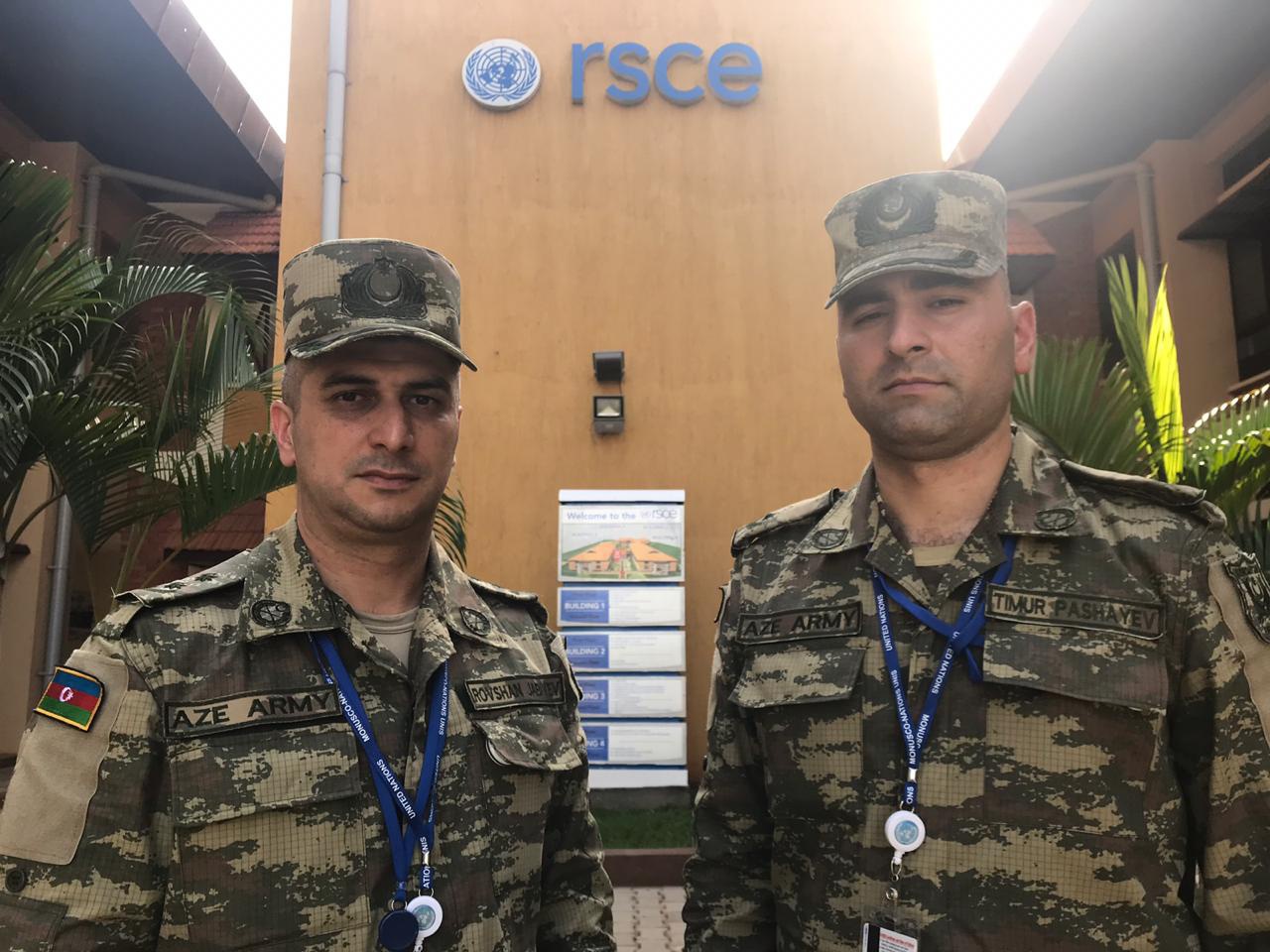 Two Azerbaijani peacekeepers who have been stationed in the Central African country since January 2019 have been cleared by the international military command to return home, the Defense Ministry of Azerbaijan said in a statement issued on Tuesday.

"The international military command highly appreciated the activities of Azerbaijani servicemen who have participated in the UN Peacekeeping Mission since January 2019," reads the statement.

The ministry also revealed that a new group of servicemen had already arrived in the South Sudanese capital Juba as Azerbaijan continues to commit troops to the country on a rotating basis, reaffirming its commitment to the peacekeeping mission.

Azerbaijan's parliament adopted a decision to deploy national servicemen as part of the UNMISS in South Sudan, where a lethal civil war has turned the country into a bloody battleground since the beginning of the conflict in 2013.

The UN is currently safeguarding the peace in South Sudan with a total of 17,000 troops including the 4,000-strong Regional Protection Force (RFP), and more than 2,000 UN police offers, according to official data from the international body. The United Nations Mission in South Sudan (UNMISS) was established on July 9, 2011, when South Sudan declared its independence from Sudan, forming what was then the newest country on the world map. UNMISS was primarily tasked to consolidate peace and security, and help create conditions for development in South Sudan.

A political standoff between South Sudan's President Salva Kiir and Vice-President Riek Machar occurred in 2013 leading to Machar’s removal from his post by Kiir due to his alleged participation in a coup. His dismissal sparked a six-year civil war between two influential tribes of Dinka and Nuer, which claimed more than 400,000 lives and displaces 2.24 million, according to stats released by the Council on Foreign Relations.

The intertribal conflict has since seen the armed groups targeting civilians along ethnic lines, committing rape and sexual violence, destroying property and looting villages, and recruiting children into their ranks. Soldiers from the Dinka ethnic group aligned with President Kiir and those from the Nuer ethnic group marched behind Machar.

In June 2018, Kiir and Machar signed the Khartoum Declaration of Agreement to initiate a ceasefire and negotiations. In August 2018, a power-sharing peace agreement signed by the government and Machar’s opposition party officially ended the civil war. Yet, only months later, continued clashes and attacks on civilians put the peace deal at serious risk of collapsing.

Azerbaijan is the first country in the Caspian region to commit troops to UNMISS. A helicopter group from Russia served in Juba from July 2011 to February 2012 as part of the UN’s efforts to launch a mission in Sudan for monitoring the fulfillment of the agreement between Khartoum and the South.

More than 3,000 Azerbaijani servicemen have supported various peace-building missions worldwide over the last two decades, including efforts in Iraq, Kosovo and Afghanistan, which has been the focus of Azerbaijan's longest-running international security mission. In January 2018, the overall number of Azerbaijani peacekeepers deployed in Afghanistan reached 120 as forces positioned in the vicinity of Kabul International Airport continue efforts to ensure the security of the airfield.