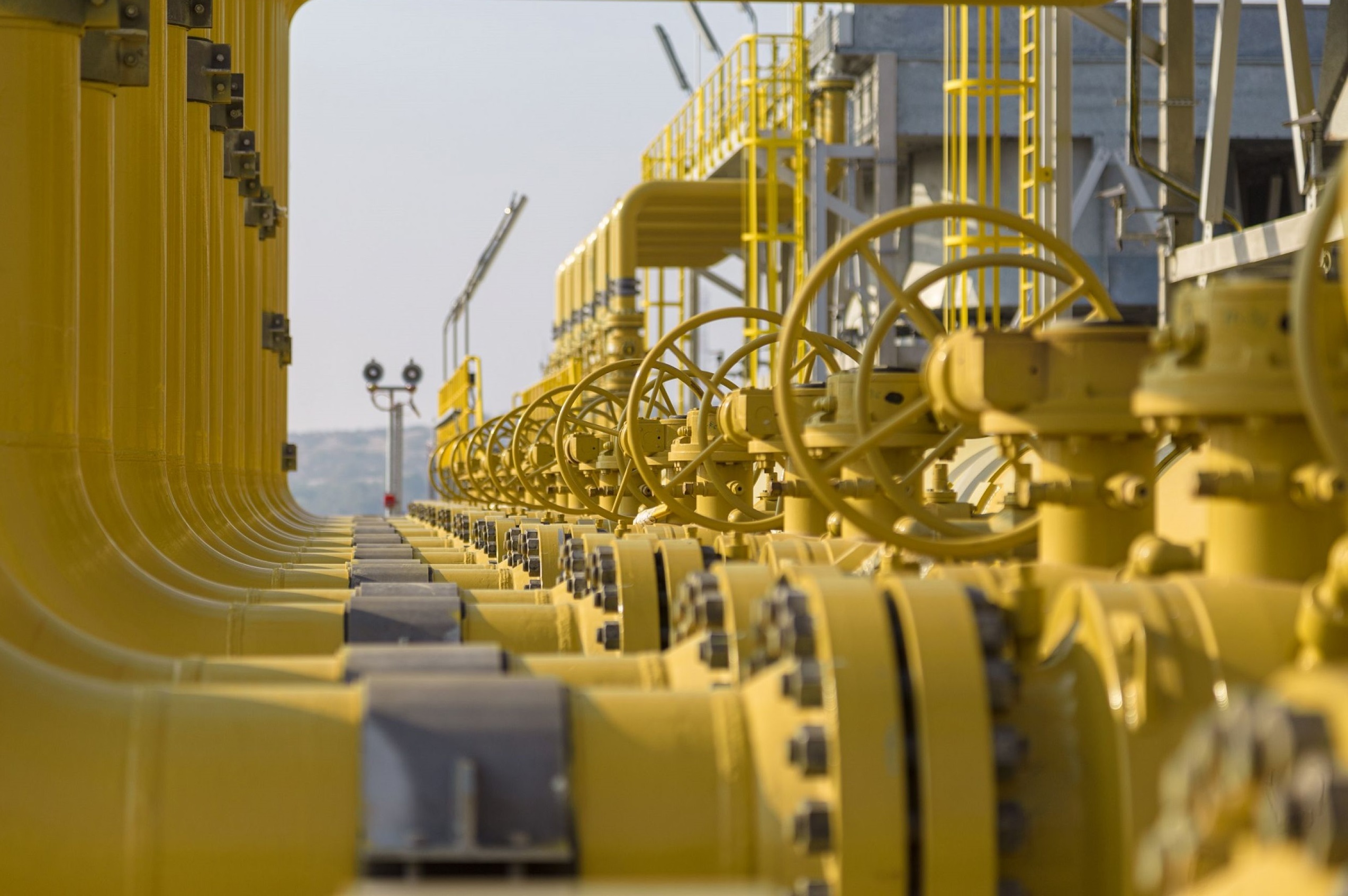 Piping and isolation valves of the Trans Adriatic Pipeline at the cooling towers of the Kipoi compressor station, Greece, October 2019 / TAP AG

Azerbaijan has been ranked the third-largest natural gas supplier to the Italian markets thanks to the Trans Adriatic Pipeline (TAP).

The announcement came from the Azerbaijani Ambassador to Italy, Mammad Ahmadzade.

“Last year, we supplied approximately 7 billion cubic meters of gas to Italy,” Ahmadzade said in an exclusive interview with Euractiv.

“During the visit, our energy minister pointed out that if the current production growth rate continues, our gas exports to Italy can reach 9.5 billion cubic meters, with long-term and spot contracts by the end of this year,” he added.

According to the ambassador, leaders of the TAP consortium revealed the pipeline was about to reach a maximum of its transportation volume of 33 million cubic meters per day or about 12 billion cubic meters (bcm) annually, of which 10.5 bcm will be destined for Italy.

The diplomat further said the expansion of the supply volume of TAP could help transport a 10 percent hydrogen mixture.

Officials in Azerbaijan have been working for nearly two decades to make a room among key gas exporters to Europe. The country’s efforts reached a peak in late 2020 with the launch of commercial gas supplies via the Trans Adriatic gas pipeline (TAP) on December 31, 2020. TAP has been carrying Azerbaijani gas from the Caspian Sea through Greece and Albania and across the Adriatic Sea to the final destination on the southern shores of Italy.

Russia currently remains the biggest supplier of gas to Europe. According to International Energy Agency, in 2021, European natural gas purchases from Russia settled above 380 million cubic meters per day, totaling about 140 bcm for the year marking 45 percent of the European Union’s (EU) gas imports and 40 percent of its total consumption.

Meanwhile, European leaders seek alternatives to diversify gas supplies due to harsh sanctions imposed on Russia after it invaded Ukraine and see the TAP as a viable option to bring gas into Europe from Azerbaijan. The EU has already adopted a strategy to reduce gas imports from Russia by two-thirds by the end of this year.

TAP forms a part of the Southern Gas Corridor (SGC) mega pipeline, which is designed and built for increasing and diversifying European energy supplies by bringing Caspian natural gas to Europe for the first time.

The main source of natural gas for the SGC is Azerbaijan’s offshore Shah Deniz field, with estimated reserves of 1.2 trillion cubic meters.

Azerbaijan’s state oil company SOCAR reported earlier this year that the TAP consortium was conducting market studies on the expansion of the pipeline’s capacity. According to a report, a relevant decision could be made sometime this year.

TAP officials are convinced that the pipeline’s annual throughput capacity could be increased to up to 20 bcm of gas per annum, supplying the energy to more markets in Europe. In case of capacity expansion, some Western Balkan countries, including Montenegro, North Macedonia, Bosnia and Herzegovina, and Croatia, could also receive the Azerbaijani gas.

Azerbaijan President Ilham Aliyev has recently said the long-term contracts to supply large volumes of natural gas demand additional investments, including in the Trans Adriatic Pipeline (TAP) expansion, as well as guarantees. According to him, Azerbaijan is slated to put two new gas fields into operation, which can further supply foreign markets.