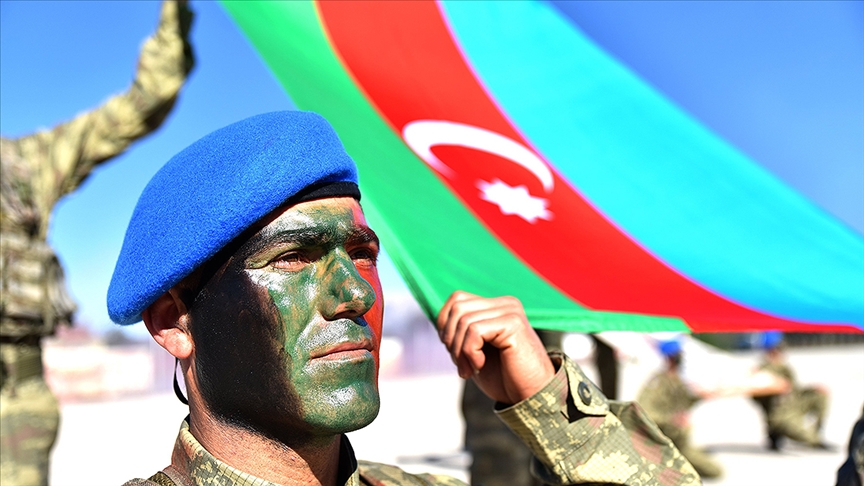 The government of Azerbaijan allocated nearly 4.5 billion manats or slightly more than $2.6 billion for defense and national security purposes both in 2021 and 2022 / Courtesy

According to the “Trends in World Military Expenditure, 2021” report of SIPRI, the military spending of Azerbaijan accounted for a 5.3 percent share of the country’s GDP in the previous year, being one of the best indicators worldwide.

At the same time, SIPRI confirmed that the total amount of funds allocated for military purposes in the world rose by 0.7 percent in 2021 to settle at over $2.1 trillion for the first time since the independent institute started measuring annual military expenditures worldwide in 1949.

The United States, China, India, the United Kingdom, and Russia were named the largest spenders in 2021, accounting for a combined 62 percent of the total global expenditure, according to SIPRI.

Azerbaijan’s military spending was on the rise, in particular, after a bloody 44-day war with Armenia in 2020. The post-war uneasiness on the border with Armenia and presence of illegal Armenian detachments in the territories of Azerbaijan temporarily monitored by Russian peacekeepers have been pushing Baku to retain and strengthen the combat capability of the national army.

Given the constant threats from neighboring Armenia, the Azerbaijani government has been intensively modernizing the national army over the past three decades. Baku had stepped up the army-building process since the autumn of 2020 when war broke out between the two countries.

President Aliyev said a lot had been done in this regard during the year and a half since the end of the war, and the Azerbaijani Army was able to perform any task today.

“Combat capability and national spirit, as well as morale, weapons, equipment, the creation of new combat units – we are doing all this precisely because there are still manifestations of Armenian fascism there, and we should always be prepared to crush Armenian fascism if it happens to raise its head ever again. Armenia knows and understands this perfectly well and should never forget it,” President Aliyev said on April 22.

Armenia and Azerbaijan have long been at odds over the latter’s Karabakh (Garabagh) region. Following the Soviet Union’s dissolution in 1991, Armenia launched a military campaign against Azerbaijan that lasted until a ceasefire deal in 1994. As a result, Armenia occupied 20 percent of Azerbaijan’s internationally recognized territories. Over 30,000 ethnic Azerbaijanis were killed, and one million were expelled from those lands in a brutal ethnic cleansing campaign carried out by Armenia.

On September 27, 2020, the decades-old conflict between the two countries spiraled after Armenia’s forces deployed in occupied Azerbaijani lands shelled military positions and civilian settlements of Azerbaijan. During counter-attack operations, Azerbaijani forces liberated over 300 settlements, including the cities of Jabrayil, Fuzuli, Zangilan, Gubadli, and Shusha, from a nearly 30-year-long illegal Armenian occupation. The war ended in a statement signed on November 10, 2020. Under the statement, Armenia returned the occupied Aghdam, Kalbajar, and Lachin districts to Azerbaijan.

Azerbaijan launched military units in the liberated territories to ensure security. The post-war development of the national military is carried out in line with the Turkish experience.