Azerbaijan Ranked As Top Business Reformer, According To World Bank 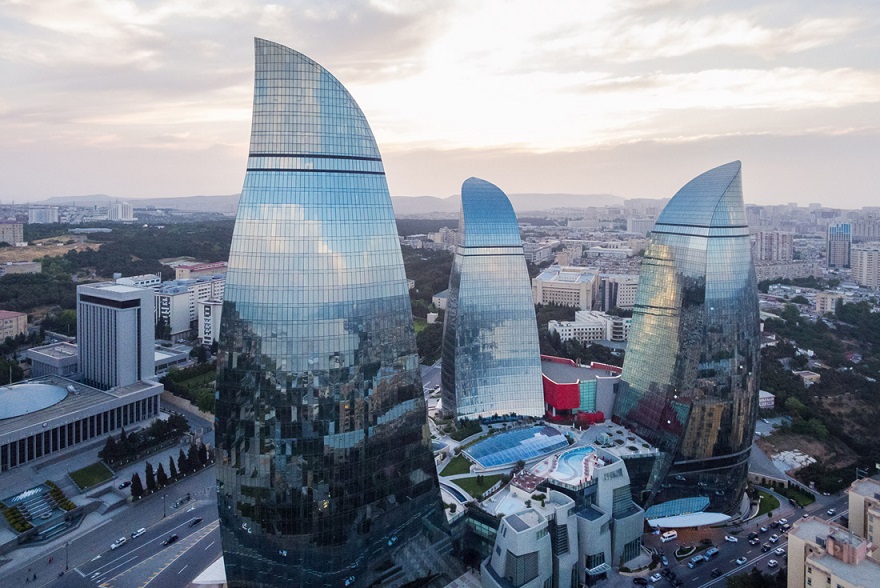 Azerbaijan came in as one of the world’s top 10 business reformers in the World Bank’s annual “Doing Business” project report. Under the theme “Training for Reform,” the 2019 edition of the report gives an in-depth analysis of doing business in 190 countries, including four nations from the Caspian region.

“Azerbaijan implemented eight reforms making it easier to do business in 2017/18, a record number among the 10 top improvers and globally,” reads the report, which was released on Wednesday.

The World Bank’s Doing Business project advocates for regulatory quality and efficiency, and measures aspects of business regulations that affect small and medium-sized domestic companies in 11 different areas of business. Four main sources of information used to assess a country’s business climate are relevant laws and regulations, data collected from “Doing Business” surveys, information provided by the governments of the economies covered, and information provided by the World Bank’s regional staff around the globe.

In Azerbaijan, key areas that underwent dramatic reform for improving the overall business climate for entrepreneurs include the processes for obtaining construction permits, access to and ease of receiving electricity, registering property, getting credit, protecting minority investors, paying taxes, trading across borders and resolving insolvency.

In recent years Azerbaijani authorities have made concerted efforts to leverage digital technology and modern processes to reform how business is done in the South Caucasus and Caspian regions country.

For example, the launch of a single window service in the capital’s executive authority, known as Baku City Executive Power, has streamlined the process for obtaining a construction permit, reducing the processing time by 80 days and pushing the cost down by about $7,500. A new credit bureau and a unified collateral registry have eased access to credit for entrepreneurs. And increasing transparency within the land administration system has made it easier for registering property. In addition, minority investors are safeguarded by the central government, which has increased shareholders’ rights and their role in major corporate decisions.

The 2019 Doing Business report identified cross-border trade in Azerbaijan as being faster and safer, thanks to streamlined electronic customs procedures and implementing what is known as the “green corridor” gating system. The gating system, which went into effect in August 2016, requires transportation companies to complete an electronic declaration that is assessed based on risk. Goods can be imported into the country without additional checks should they comply with all the pre-screening requirements required to use the corridor.

Such reforms helped Azerbaijan come in at number 25 globally, just ahead of Austria, Thailand, Kazakhstan and Spain. The score put Azerbaijan 32 spots ahead from where it was just one year ago, at 57 in the 2018 report, which was subtitled “Reforming To Create Jobs.”

Caspian region neighbors Russia and Kazakhstan plunged three and eight positions, respectively, to numbers 31 and 27. Iran also dropped several positions, from 124 in the 2018 report to 128 in the 2019 edition. Turkmenistan, another Caspian region country, was not included in the rankings.

“This year’s results clearly demonstrate government commitment in many economies, large and small, to nurture entrepreneurship and private enterprise,” said Rita Ramalho, Senior Manager of the World Bank’s Global Indicators Group, according to an article posted to the World Bank’s wesbite.

“In addition, there is a wide range of countries reforming this year – it’s more universal. No one questions that these things are important anymore, such as the need for a simple process to start a business.”

Azerbaijan’s jump in World Bank rankings this year goes in line with remarks made by Azerbaijan’s President Ilham Aliyev earlier this year regarding the upward trends in the national economy, which has grown by 3.2 times between 2004 and 2017.

“Our non-oil economy has grown by 2.8 times,” President Aliyev said in January, referring to the parallel growth of the non-oil sector alongside the country’s lucrative oil and gas industry, according to a statement posted to his official website.

“Our economic development is diversified. Therefore, the growth of the non-oil sector by 2.8 times is the result of ongoing reforms.”

Azerbaijan’s foreign exchange reserves have increased by 23 times over the 14-year period, reaching $42 billion in 2017 from $1.8 billion in 2004. Over the first nine months of 2018, Azerbaijan’s reserves stood at $45 billion, and three billion of that were generated between January through September.

Currently, there are nearly 10,000 business entities with foreign capital registered in Azerbaijan, according to data compiled by the Ministry of Taxes. Foreign entrepreneurs account for more than 15 percent of all legal business entities in the country.