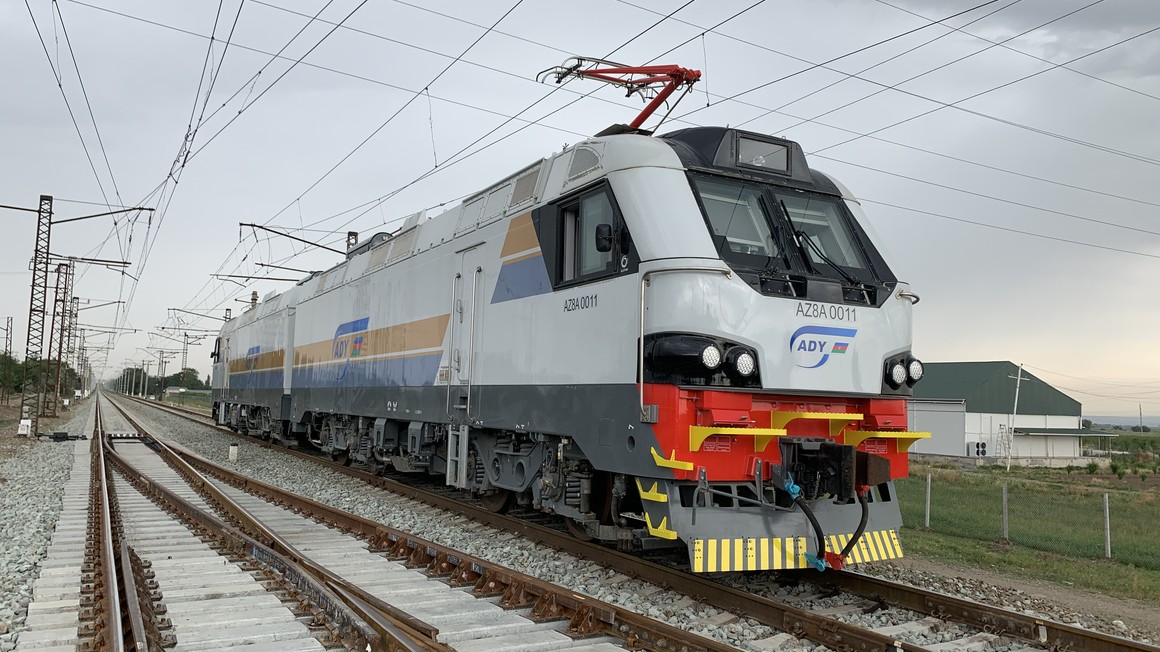 Leading French rail transport manufacturer Alstom announced this week that it is running validation tests on hi-tech cargo locomotives that were purchased by Azerbaijan Railways (ADY) last year. The test runs of the Prima T8 AZ8A freightliners are being carried out on the Baku-Tbilisi-Kars (BTK) freight corridor.

“This is an important milestone in the project that we are developing together with Azerbaijan Railways. We are enthusiastic about the launch of the validation, which will ultimately allow our locomotives to enter into commercial service in the country,” said Guillaume Tritter, Alstom Managing Director for Western and Central Asia, adding that the company's ultimate aim is to improve Azerbaijan's railway infrastructure and increase its freight transportation capacity.

In 2014, Azerbaijan signed a €288 million contract with Alstom to purchase cutting-edge electric locomotives. The deal was agreed on between ADY and EKZ, a joint venture of Alstom and Russia’s Transmashholding.

Alstom supplied one AZ4A passenger and one AZ8A heavyweight locomotive to Azerbaijan in November and December of 2018, respectively. The locomotives went through a test phase in Kazakhstan, where they were assembled, before arriving in Azerbaijan. The initial test launch of the wagons was carried out by ADY and Alstom on the western segment of the Baku-Tbilisi-Kars railway in Azerbaijan’s territory in January 2019. Alstom is expected to deliver the remaining cars by 2021.

Alstom has been constructing the AZ8A model of Prima T8 heavy freight locomotive for Azerbaijan at a manufacturing hub in Kazakhstan’s capital city of Astana. Base specifications of KZ8A locomotives that are currently in service in Kazakhstan and specific technical requirements provided by ADY are applied as the main standards and specifications for building the AZ8A.

The eight-axle AZ8A Prima T8 is considered to be one of the world’s most powerful electric locomotives. This model of a two-section freight locomotive hauls up to 9,000 tons of cargo and runs long-distance routes at 120 kilometers per hour (74.5 mph) with installed continuous power of 8.8 megawatts. Hi-tech features allow it to run in energy-saving mode, meant to be energy efficient and environmentally friendly.

The AZ8A is capable of running a non-stop service in temperatures ranging from -25°C to 50°C (from -13°F to 122°F.) The coach is equipped with a climate control system and storing facilities. Cabins comply with modern-day ergonomics and safety regulations that ensure the safety and comfort of cargo, passengers and operators. Also, maintenance and lifecycle costs are ultimately lower in the AZ8A because of its cutting-edge modular design.

Azerbaijan’s railway system stretches along 2,900 km (1,800 mi) of tracks. About 1,270 km (790 mi) are electrified at 3 kilovolts (kV), using a direct current. The Azerbaijani railway network is an important link between the Black and Caspian Seas within a vast Eurasian transport corridor that stretches from China to Europe. The BTK railroad makes up a significant portion of the country's national railway network.

The 826 kilometer-long BTK line, which went online on October 30, 2017, links Azerbaijan’s railway network to the railroad grid of Turkey and enables an easier and faster rail connection between China, Central Asia and Europe. Starting in Baku, trains on BTK rails cut through Georgia’s capital Tbilisi toward the final destination of Kars in northeast Turkey.

The BTKs current capacity can carry around one million passengers and 6.5 million tons of cargo per year. By 2023, annual cargo deliveries on the line will reportedly reach 17 million tons. The BTK rail cuts the overland journey between China and Europe to 15 days instead of 25-30, making it twice as fast as sea transport and less than half the price of air travel. 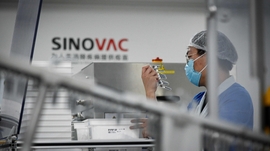 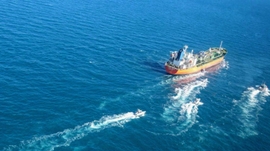 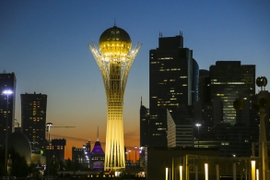 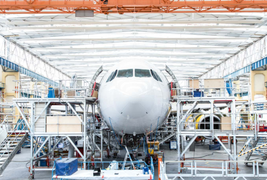 Turkmenistan is planning to purchase the Airbus A330-200 Passenger-to-Freighter (P2F) converted a...