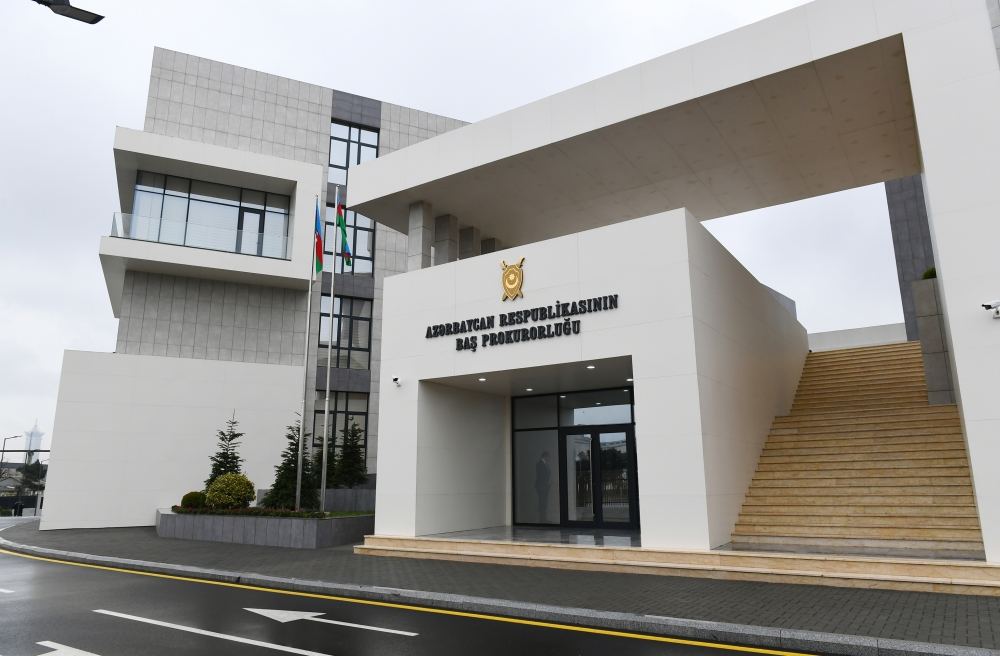 The Military Prosecutor’s Office of Azerbaijan put the former presidents of Armenia, Robert Kocharyan and Serzh Sargsyan, on the wanted list accusing them of multiple crimes based on the Criminal Code of the Republic of Azerbaijan.

Emil Taghiyev, Head of the Special Investigation Department of the Military Prosecutor's Office, said Kocharyan and Sargsyan have been provoking national hatred and enmity toward Azerbaijanis in regular meetings with ethnic Armenians in the Khankendi city of Azerbaijan since 1988.

"They were prosecuted and wanted under the relevant articles of the Criminal Code for propagating the belief that Karabakh belongs to Armenia and only Armenians should live there, Azerbaijanis must be forcibly sacked and expelled from the city [Khankendi] and Nagorno-Karabakh, their houses must be set on fire [and] for making illegal decisions on declaring the “Nagorno-Karabakh Republic” and repealing the Constitution of the Republic of Azerbaijan in those territories on September 2, 1991,” Taghiyev was quoted as saying by APA.

Both Kocharyan and Sargsyan have personally attended the First Karabakh War in 1991-1994, which ended in the illegal occupation of 20 percent of Azerbaijan's territories, mass killings of over 30,000, and forcible expulsion of around one million ethnic Azerbaijanis.

Kocharyan, who served as Armenia’s president in 1998-2008, actively engaged in the capture of the Azerbaijani city of Shusha in 1992 and was one of the masterminds of brutal ethnic cleansing policy against the indigenous Azerbaijani population of the Karabakh region. In 1994-1996, he led the bogus separatist regime established in the occupied Azerbaijani lands.

Kocharyan’s successor Sargsyan, the third Armenian president in 2008-2018, was one of the commanders of the Armenian separatist forces next to Kocharyan in the First Karabakh War. He has actively led and coordinated the attacks on the Azerbaijani territories and civilians throughout the hostilities. In an interview with Thomas de Waal, a Senior Fellow at Carnegie Europe, in 2012, Serzh Sargsyan, admitted to committing brutalities against the civilian Azerbaijani population in the occupied territories, especially in the town of Khojaly.

“Before Khojali, the Azerbaijanis thought that they were joking with us, they thought that the Armenians were people who could not raise their hand against the civilian population. We were able to break that [stereotype]. And that’s what happened,” Sargsyan told De Waal, referring to the massacre of 613 ethnic Azerbaijanis in the town on February 26, 1992.

In the meantime, the Attorney General’s Office of Azerbaijan has been working to bring the so-called leader of the armed Armenian separatist remnants in Azerbaijan’s Karabakh region, Arayik Harutyunyan, to justice, as well.

The head of the Investigation Department of the Prosecutor General's Office, Nemat Avazov, said in a video conference last week that the legal assessment of the criminal separatist’s activities during the Second Karabakh War should happen as soon as possible.

Avazov said four terrorist attacks were carried out on the Azerbaijani city of Gandja throughout the war. Responsibility for the attacks was claimed by Harutyunyan on social media.

“As a result, 26 civilians were killed and 175 were injured. On October 4, Arayik Harutyunyan claimed responsibility for the attacks on his social media account. A criminal case has been opened on the fact under various articles of the Criminal Code,” local media quoted Avazov as saying.

The Attorney General’s Office launched criminal cases against Arayik Harutunyan and the self-declared “defense minister” of the armed separatist remnants, Jalal Harutunyan, in October 2020. Some 1,700 people were then recognized and interviewed as the victims of the criminal activities orchestrated by the separatists, as well as medical, ballistic, and other examinations were appointed and carried out.

Armenia and Azerbaijan had been at odds for several decades over the latter’s Karabakh (Garabagh) region. Following the Soviet Union’s dissolution in 1991, Armenia launched a military campaign against Azerbaijan that ended with a ceasefire deal in 1994. As a result of the bloody war, Armenia occupied 20 percent of Azerbaijan’s internationally recognized territories. Over 30,000 Azerbaijanis were killed, and one million others were expelled from those lands in a brutal ethnic cleansing policy carried out by Armenia.

On September 27, 2020, the decades-old conflict between the two countries spiraled after Armenia’s forces deployed in the occupied Azerbaijani lands shelled military positions and civilian settlements of Azerbaijan. During the counter-attack operations, Azerbaijani forces liberated over 300 settlements, including the cities of Jabrayil, Fuzuli, Zangilan, Gubadli, and Shusha, from a nearly 30-year-long illegal Armenian occupation. The war ended in a tripartite statement signed on November 10, 2020, by Armenia, Azerbaijan, and Russia. Under the statement, Armenia also returned the occupied Aghdam, Kalbajar, and Lachin districts to Azerbaijan.

Armenian forces targeted Gandja with consecutive missile fires in October 2020. The first attack took place on October 4 killing one civilian and injuring 30 others. The city was targeted for the second time on October 8, followed by the next two bombardments on October 10 and 17, respectively, claiming the lives of more than 20 people. According to various reports, including those released by the Human Rights Watch and Amnesty International, the Armenian troops deployed Russia-made Elbrus, Scud-B, and Smerch missile systems for hitting Ganja. Civilian deaths in the city added to a total of at least 94 Azerbaijani civilians killed by the Armenian military during the 44-day war.