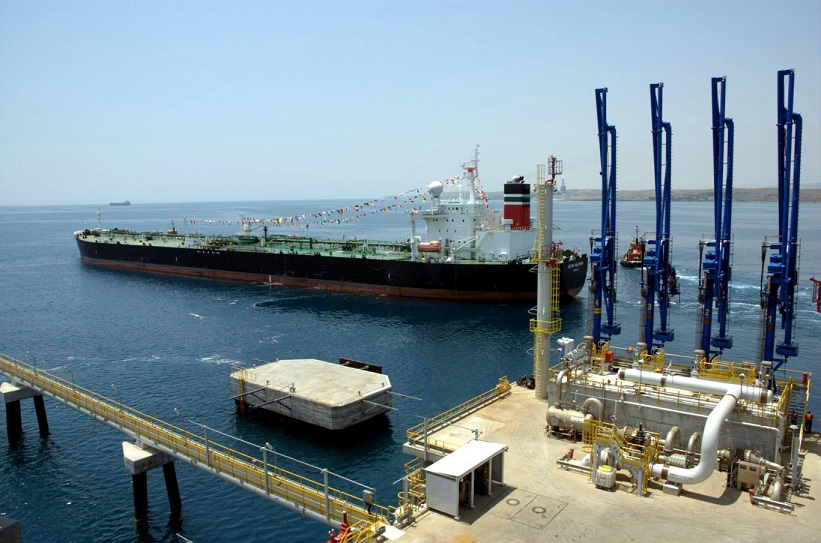 Azerbaijan’s offshore Caspian oilfields crossed a threshold on Monday, as BP celebrated having pumped three billion barrels of oil, and sent to energy-starved Turkey and Europe via the Baku-Tbilisi-Ceyhan (BTC) pipeline, over the last 12 years.

BP Azerbaijan, the main shareholder of the BTC, noted that the 3,929th tanker was loaded with crude oil at Turkey’s coastal Ceyhan terminal along the Mediterranean on July 16.

"In general, the construction of the BTC can be considered a great technical achievement, and after 12 years of conducting safe and reliable operations, the pipeline can serve as a vivid example of operational efficiency and teamwork between the three countries," Gary Jones, Regional President of BP for Azerbaijan, Georgia and Turkey, said in a written statement on Monday, according to Trend.

“I can say with confidence that the BTC is one of the most reliable and environmentally friendly pipeline projects ever implemented in the world. As a bridge between the three countries of the region [Azerbaijan, Georgia, and Turkey], it strengthened the links between them, bringing incredibly positive changes.”

The BTC was went online in June of 2006 and transported crude oil from Azerbaijan’s Azeri-Chirag-Deepwater Gunashli (ACG) subsea field, along with condensate from the Shah Deniz field, across Azerbaijan, Georgia and Turkey. The ACG is a complex of oil fields in the Caspian Sea located about 120 kilometers (75 mi) off the coast of Azerbaijan. The Azeri and Chirag oil fields, and the deepwater portion of the Gunashli oil field comprise the complex. The estimated recoverable reserves of the ACG fields account for around five to six billion barrels of petroleum.

The pipeline stretches 1,768 kilometers, from the Sangachal terminal on the shores of the Caspian Sea to the Ceyhan (pronounced “Jay-haan”) marine terminal on the Turkish Mediterranean coast. It passes over 1,500 rivers and 13 seismically active fault crossings, and reaches 2,800 meters in altitude before dipping down to sea level at Ceyhan port.

In addition to Azerbaijani oil, BP pumps crude oil from Turkmenistan via the pipeline and hydrocarbons within the Tengiz field belonging to Kazakhstan. The throughput capacity of the route is around 1.2 million barrels per day to Turkey, and from there to European markets via the Mediterranean Sea.

The total proven crude oil reserves of Azerbaijan are estimated at seven billion barrels as of January 2017, according to data compiled by the U.S. government. The country is the sole oil supplier out of the three South Caucasus countries and comes in at number four after Iran, Russia and Kazakhstan in the Caspian region overall in regards to proven oil reserves.

Stanislav Pritchin, an analyst of the Russia and Eurasia Program at the British Chatham House, says that due Azerbaijan’s rich energy resources, western countries have been increasingly interested in cooperating with Baku.

“Azerbaijan, as a producer and transporter of energy resources, has become one of the key players, has turned into an important link in various infrastructure projects, not only in the South Caucasus but also in the Caspian region,” Pritchin told the Moscow-Baku online news portal on Monday.

“This is not only the Southern Gas Corridor but also the Baku-Tbilisi-Ceyhan pipeline, as well as the North-South pipeline.”