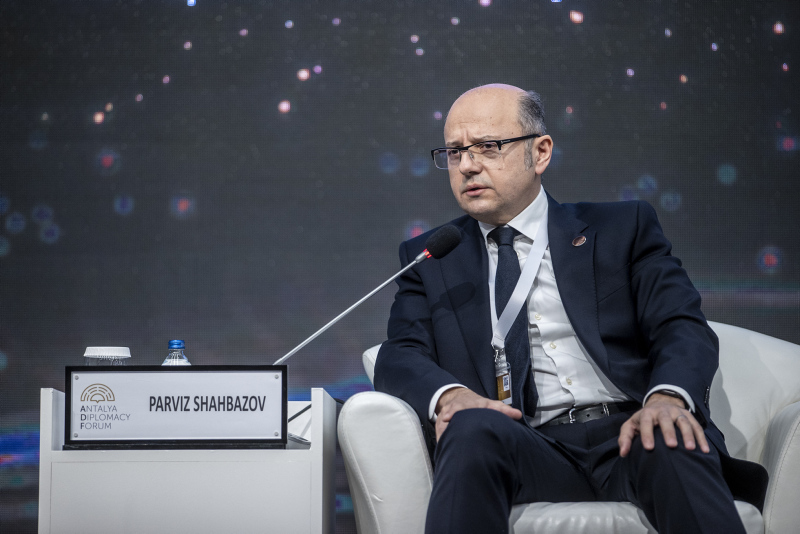 “The Southern Gas Corridor has already been confirmed as a successful project. Gas is already being transported through this corridor to Turkey and Europe,” Shahbazov said at the forum. “We have enormous offshore gas resources in Azerbaijan. So, it is 2.6 trillion [cubic meters of] proven gas resources. It would be enough to provide us and our partners in Turkey and Europe with natural gas for the next hundred years.”

“We have the infrastructure in place and we have increased interest from the consuming countries. If we bring all of them, we will come out with the decision to further extend the Southern Gas Corridor.”

He added that since the transportation of the first gas via the corridor, 9.4 billion cubic meters (bcm) of gas has been exported to Europe and 14.8 bcm to Turkey.

In 2021, Azerbaijan exported 19 billion cubic meters of natural gas. Turkey and Italy purchased 8.5 bcm and 7 bcm of Azerbaijani gas respectively in 2021, while the rest was exported to Georgia, Greece, and Bulgaria.

Shahbazov’s remarks came at a time when Russia, the world’s largest supplier of natural gas, is waging war in Ukraine, which has triggered global sanctions on its economy. The ongoing developments have prompted European countries to begin searching for new gas sources, as well as additional volumes from other suppliers, including Azerbaijan.

Azerbaijan has been sending natural gas via the TAP to the European marketplace since December 31, 2020. TAP forms a part of the Southern Gas Corridor (SGC) mega pipeline, which is designed and built for increasing and diversifying European energy supplies by bringing Caspian natural gas to Europe for the first time. TAP, the final segment of the corridor, starts at the Turkish-Greek border and runs along 773-kilometer onshore and 105-kilometer offshore routes traversing Greece and Albania toward its end destination in Italy.

The 3,500-kilometer-long mega pipeline strengthens European energy security, diversifying its energy supplies and boosting decarbonization efforts by providing an uninterrupted flow of Azerbaijani gas. The Southern Gas Corridor, defined as one of the world's most complex and expensive pipelines built to date, is a unique energy route that carries natural gas from Caspian Sea reserves directly to the European marketplace. The main source of natural gas for the SGC is Azerbaijan’s offshore Shah Deniz field with an estimated 1.2 trillion cubic meters of proven reserves.

Azerbaijan President Ilham Aliyev has recently said the long-term contracts to supply large volumes of natural gas demand additional investments, including in the Trans Adriatic Pipeline (TAP) expansion, as well as guarantees. According to him, Azerbaijan is slated to put two new gas fields into operation, which can further supply foreign markets.