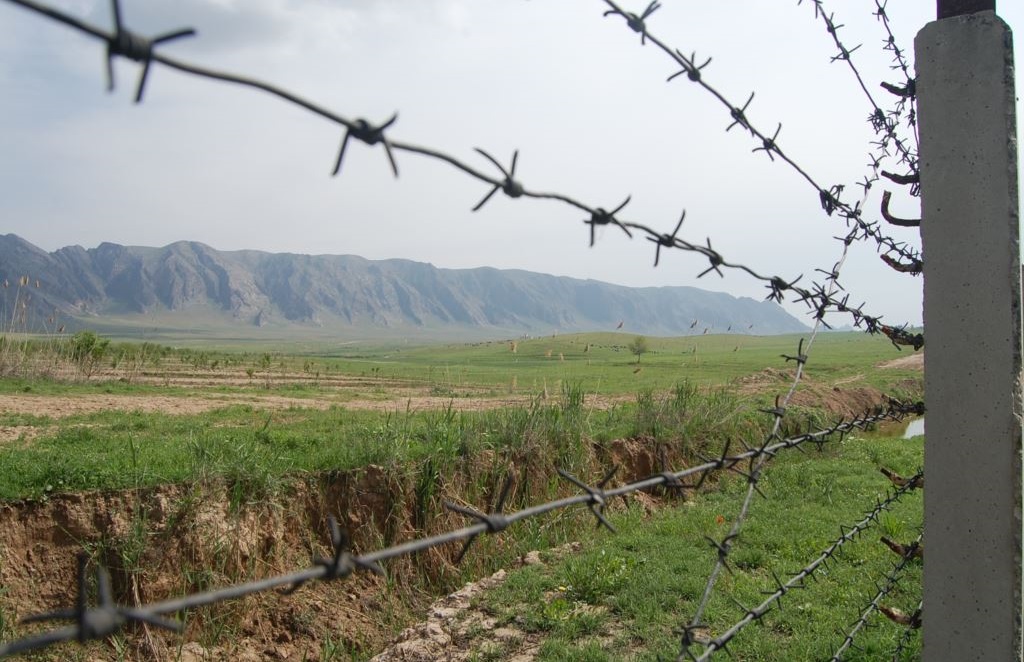 According to Azerbaijan’s State Border Service, the border defense infrastructure is now being created along Azerbaijan’s state border with Armenia to strengthen the protection system. / Emist Numatov

Azerbaijan’s Foreign Ministry has recently proposed Armenia to start bilateral discussions that could help settle the demarcation and delimitation of the Armenia-Azerbaijan state border.

He further added that Armenian authorities should first abandon the revanchist rhetoric and hatred toward Azerbaijan. According to Bayramov, such an approach supported by the government and opposition groups in Armenia jeopardizes the fragile process of normalization in the region.

The statement was made as part of an online meeting of the Council of Ministers of Foreign Affairs of the Black Sea Economic Cooperation Member States.

The speedy demarcation and delimitation of the Armenia-Azerbaijan border could reportedly facilitate the opening of the Zangazur corridor. This multi-modal transport route will restore the shortest connection between Azerbaijan’s mainland and its southwestern exclave of Nakhchivan. The route will be further extended to the eastern parts of Turkey to form a part of a greater East-West trade and transportation corridor.

The corridor opening comes as part of Yerevan’s obligations taken under the statement, which ended last year’s Karabakh war.

However, Armenia’s Prime Minister Nikol Pashinyan rejects any discussion related to the opening of the Zangazur corridor. According to him, the issue is not and will not be on the Armenian government’s agenda.

The Armenian PM is also convinced that the demarcation and delimitation of the Armenia-Azerbaijan borderline “are not connected with the Karabakh issue.”

Armenia and Azerbaijan have long been at odds over the latter’s Karabakh (Garabagh) region. Following the Soviet Union’s dissolution in 1991, Armenia launched a military campaign against Azerbaijan that lasted until a ceasefire deal was reached in 1994. As a result, Armenia occupied 20 percent of Azerbaijan’s internationally recognized territories, including the districts of Lachin, Kalbajar, Gubadli, and Zangilan, which border Armenia. Over 30,000 ethnic Azerbaijanis were killed, and one million others were expelled from their homes in a brutal ethnic cleansing policy conducted by Armenia.

According to Azerbaijan’s State Border Service, the border defense infrastructure is now being created along Azerbaijan’s state border with Armenia to strengthen the protection system. Azerbaijan has already launched several border posts, including in the liberated districts of Zangilan, Gubadli, and Lachin.