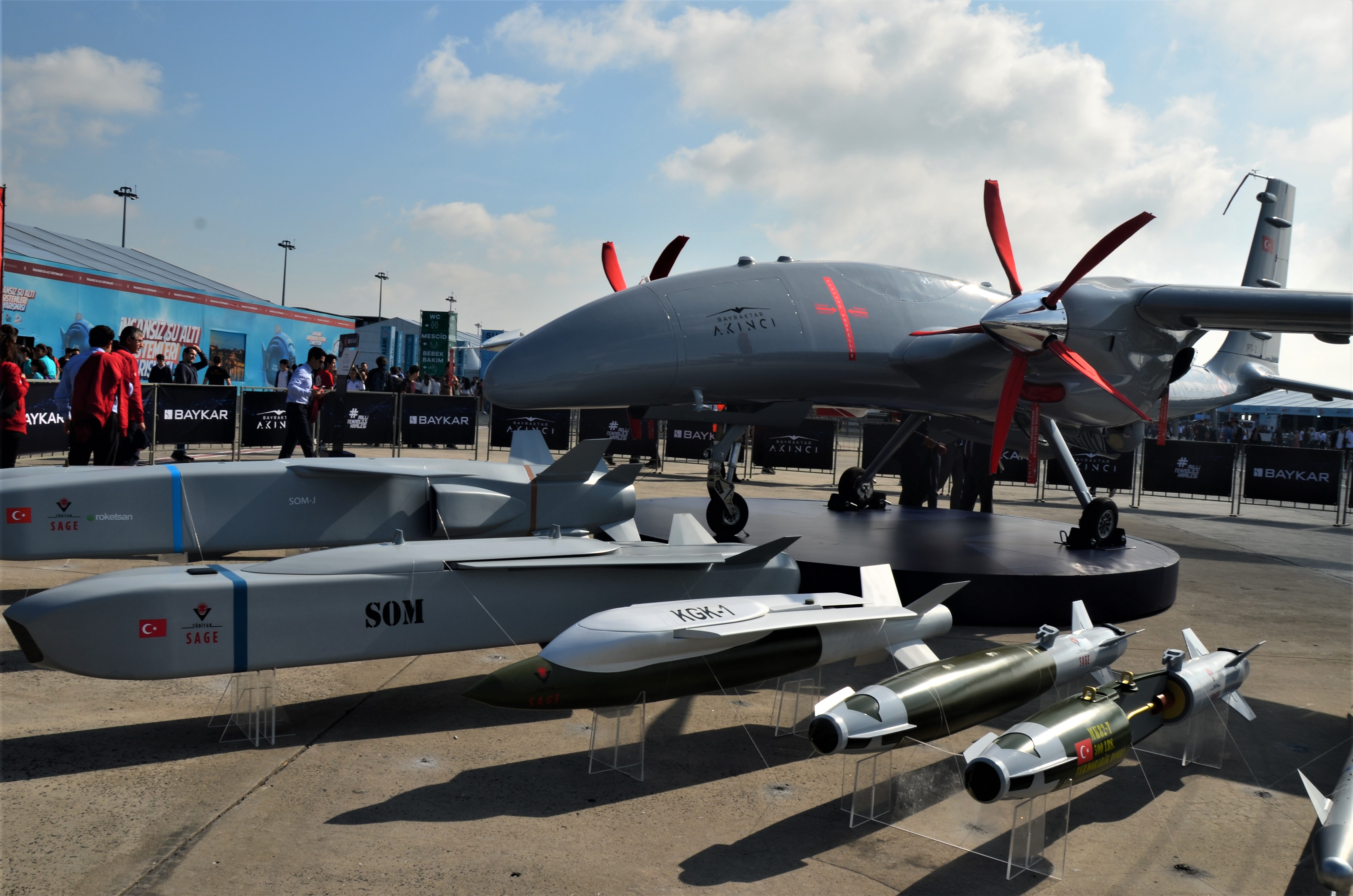 Azerbaijan is expected to import brand new Turkish-made military drones, following the parliament's ratification of a military-financial agreement between Baku and Ankara for the purchase of defense products worth 200 million Turkish lira, or nearly $30 million.

The deal that was signed during Turkish President Recep Tayyip Erdogan's visit to Baku on February 24 has passed the endorsement of Azerbaijan's parliament Milli Majlis on May 31. Head of the parliament's defense and security committee Ziyafat Asgarov said the document serves to strengthen the mutual military cooperation even further and contribute to the development of the Azerbaijani army.

The document outlines the conditions for using around $30 million, which is equivalent to a total of 200 million Turkish lira, for purchasing goods and services for military purposes from local enterprises engaged in 100 percent domestic production in Turkey, primarily at will.

After the agreement's ratification, defense analysts zeroed in on what Azerbaijan can get from Turkey to boost its military capabilities.

Coshkun Bashbugh, a terror and security analyst based in Turkey, said there is no limit to what Baku can acquire from Ankara given the high-level mutual relationship between the two countries.

"However, taking into account the developing technology, developing combat methods, and the conditions of the geography we are located in, I think this procurement will aim primarily the new technological weapons," he told the Public Television of Azerbaijan.

Over the past five years, Turkey has become a key source market for purchases of unmanned aerial vehicles (UAV), such as Bayraktar and TAI Anka, armored vehicles and tanks such as ALTAY, artillery, missiles, and ships to Turkmenistan, Pakistan, Malaysia, Oman, Qatar, and Azerbaijan.

The Turkish military broadly utilizes domestically made UAVs in anti-terror and cross-border operations in Syria. Successful integration of bombs in these UAVs was key in fulfilling critical operations in war-torn Syria by destroying terror units with high accuracy.

Turkish drones have made headlines thanks to the operations in Libya, as they became a valuable asset in the fight of Turkey's ally Tripoli-based Government of National Accord against the rebel forces led by Field-Marshal Khalifa Haftar, who is backed by Egypt, Russia and other foreign powers.

Yusif Alabarda, a defense strategy and security expert in Turkey, says the Turkish UAVs neutralized many weapon systems, including Russian, French, and American as part of the operations in Syria and Libya. These drones, he said, can be used by Azerbaijan to take back its lands occupied by Armenia.

"The unarmed and armed unmanned aerial vehicles can fulfill crucial operations in liberating the Nagorno-Karabakh region from occupation," Alabarda told the Public Television of Azerbaijan, adding that the UAVs contributed to successful missions in Syria and Libya which indicates a potentially positive outcome for Azerbaijan should the country decide to use military force to liberate its territories occupied by Armenia.

The Nagorno-Karabakh region and seven surrounding districts of Azerbaijan remains under Armenia's occupation since the early 1990s. Armenia's illegal claims to the historical Azerbaijani lands triggered anti-Azerbaijan sentiments, which eventually led to a bloody four-year war. Armenia's full-blown military campaign against its eastern neighbor enabled it to occupy 20 percent of Azerbaijan's sovereign territory including the Nagorno-Karabakh region and seven surrounding districts in 1991-1994. Around 30,000 ethnic Azerbaijanis were killed in the fighting, while one million were forced to flee their homes.

Armenia has refused to pull its forces out of the occupied Azerbaijani lands despite International calls and four UN Security Council resolutions adopted at the height of the war in 1993. The counterproductive approach of Armenia's officials in diplomatic procedures and fatal violations of the ceasefire by the country's forces regularly trigger hostilities along the Line of Contact in the occupied territories of Azerbaijan.

Today, Azerbaijan has the strongest military in the South Caucasus region. In the Global Firepower rankings, the Azerbaijani army ranks 64th globally among 138 militaries, while neighboring Georgia and Armenia claim the 89th and 111th positions, respectively. The arsenal of the Azerbaijani army includes weapons both domestically produced and purchased from foreign markets, such as Israel, Russia, Turkey, the US, China, Belarus, and others.