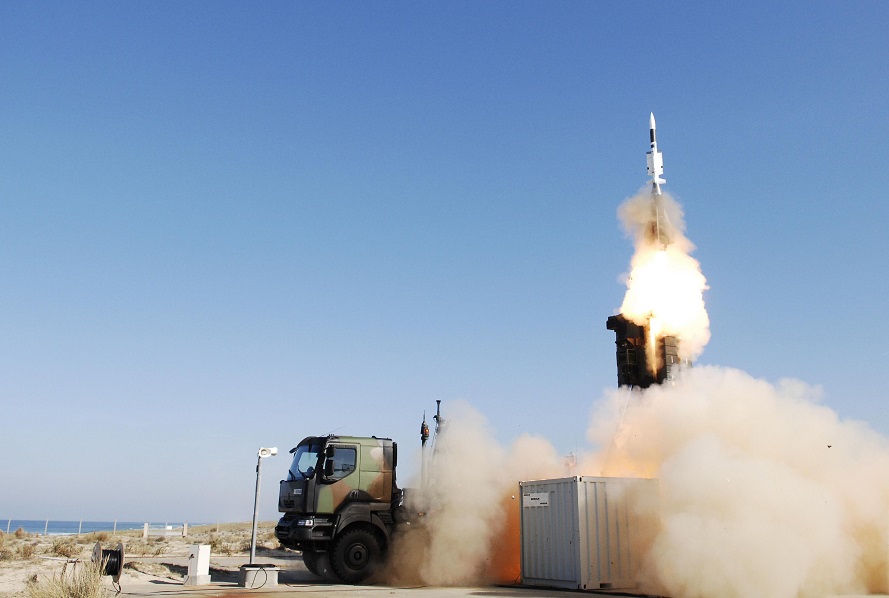 MBDA Systems, the only integrated missiles and missile systems supplier in Europe, agreed to sell units of its two cutting-edge missile systems to Azerbaijan. The green light for the deal came Monday from the company’s headquarters in Paris.

“We received permission from the French government to export systems to Azerbaijan,” a company spokesman said in an interview with the Azerbaijani magazine AzeriDefence, according to a report by Interfax Azerbaijan. “Negotiations with the Azerbaijani side on the sale of systems will be completed in the near future,” the unnamed spokesperson said.

MBDA Systems confirmed that it will supply ASTER 30 SAMP/T and VL Mica models of its missile systems to the country, which lies in the Caspian and South Caucasus regions. The American-made Patriot missile system, designed to intercept incoming ballistic missiles before they strike their intended targets, is considered as one of the best examples of similar systems.

MBDA touts its ASTER 30 SAMP/T as the number one mobile anti-aircraft defense weapon system for theater missile defense, namely defensive antiballistic missile operations, comprising the characteristics of all existing medium-range ground-to-air systems. The ASTER 30 SAMP/T can counter theater ballistic missiles, cruise missiles, anti-radiation missiles as well as the aircraft firing them. The system can be used for medium and long-range air defense purposes.

Vertical Launch MICA, for its part, is a short ground-based air defense system. It deploys the MICA fire-and-forget missile, said to be a one-of-a-kind missile that can be fitted with either thermal missile guidance or used with active radar, and operate in all-weather conditions.

“We believe that these systems will allow Azerbaijan to provide air defense in the most reliable form,” the spokesperson said.

Baku’s interest in upgrading weapons systems capabilities stems from the conflict with neighboring Armenia, which has waged a war for land since the early 1990s. Twenty percent of Azerbaijan’s internationally recognized territory, namely the Nagorno-Karabakh region and seven surrounding districts were occupied by Armenia during a full-scale war that lasted for four years, from 1991 until a ceasefire deal in 1994, and remains under occupation to this day. The bloody war claimed the lives of over 30,000 Azerbaijanis and expelled one million more from their homeland. While the conflict is said to be ‘frozen’, war clouds are always looming as tensions between Baku and Yerevan run high.

Four UN Security Council resolutions passed between April and November 1993 condemning Armenia’s occupation and demanding a full withdrawal of its forces from the occupied Azerbaijani regions remain unfulfilled to this day.