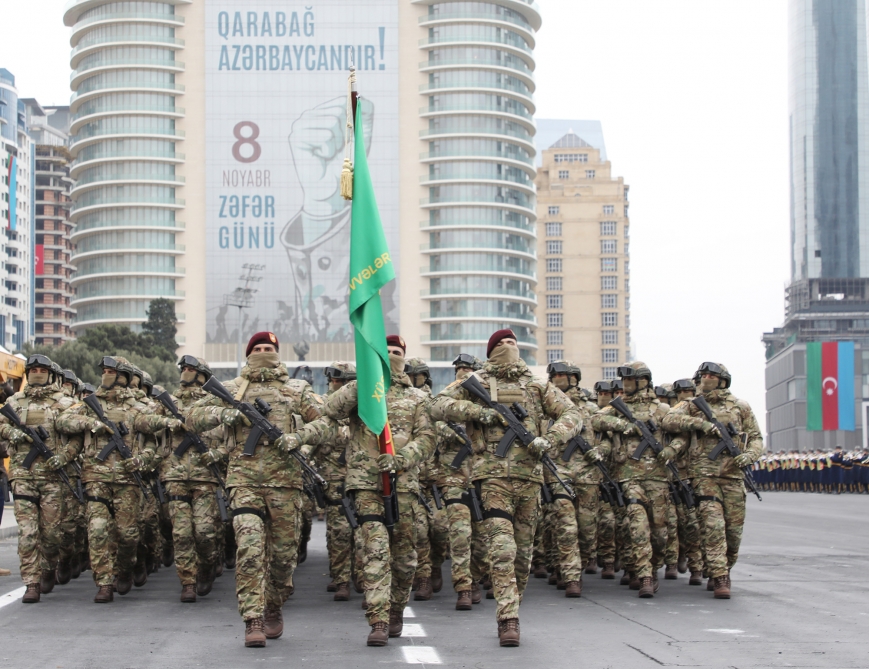 One of the units of the Azerbaijani armed forces marching in the triumph parade, Baku, Azerbaijan, December 10, 2020 / Ministry of Defense of Azerbaijan

The Freedom Square in Azerbaijan's capital Baku hosted Thursday a solemn military parade dedicated to the victory over Armenia in a 44-day-long war in Karabakh, an internationally recognized region of Azerbaijan.

Azerbaijani President Ilham Aliyev and his Turkish counterpart Recep Tayyip Erdogan, as well as top-level officials from both countries, attended the triumph march of the military units and equipment of Azerbaijan that clinched the victory in the second war in the Karabakh region.

"In forty-four days, Azerbaijan won a brilliant victory and defeated Armenia. Azerbaijan has ended the occupation. Every single day of these 44 days is our glorious history," President Aliyev said in his speech at the ceremony, Azertag.az reports.

"This is a historic victory. The people of Azerbaijan have been waiting for this day for about 30 years, waiting for the order of the Commander-in-Chief for about 30 years. I have repeatedly said to the people of Azerbaijan that we must be stronger and we know what to do, when and how to do it. Life has shown that we took timely steps, mobilized all our resources, created an iron fist and crushed the enemy’s head."

More than 3,000 military personnel and up to 150 military equipment of the Azerbaijani armed forces marched through the country's biggest Freedom Square lying along the Caspian Sea promenade. Newly acquired modern military equipment, missile and artillery installations, air defense systems, air force, as well as warships and boats were on display during the ceremony. 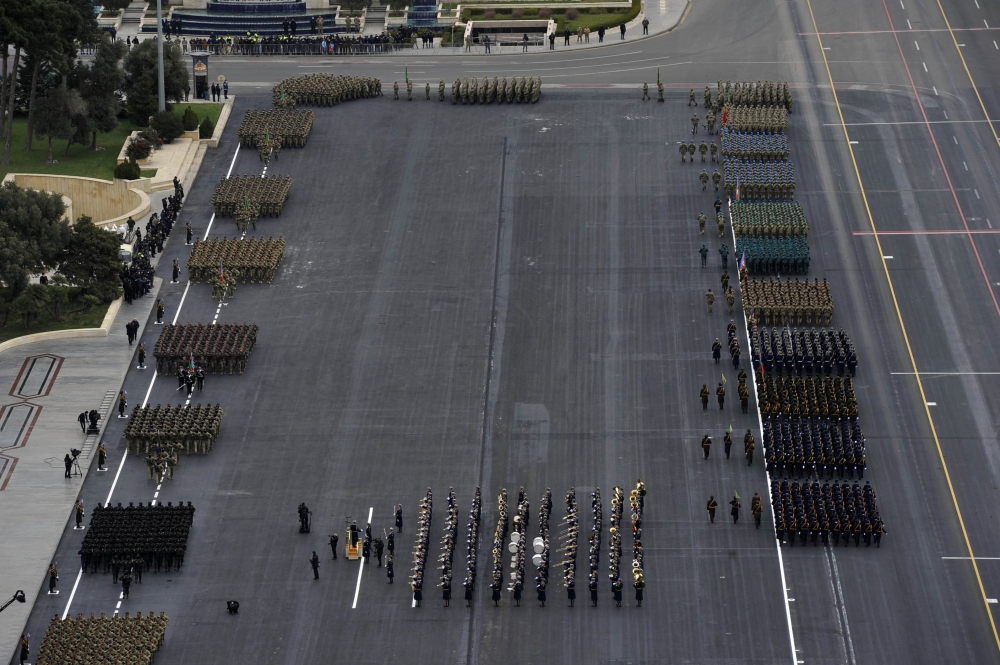 Over 3,000 personnel attended the parade, Baku, Azerbaijan, December 10, 2020 / Ministry of Defense of Azerbaijan

Azerbaijani troops liberated over 300 settlements in its Karabakh region from Armenia's occupation in a 44-day-long military operation codenamed "Iron Fist." The fighting that marks the largest clashes between the sides since the ceasefire in 1994, sparked on September 27 after Armenia's forces deployed in the occupied Azerbaijani lands shelled military positions and civilian settlements of Azerbaijan. Non-stop artillery attacks prompted counter-offensive measures by the Azerbaijani army. Intensive deployment of military materiel to the frontline by both sides fanned the skirmishes into large-scale military operations.

Azerbaijani army managed to liberate five cities, including Jabrayil, Fuzuli, Zangilan, Gubadli and Shusha during the war. Recapture of Shusha city on November 8 and over 70 more settlements on November 9 led to a ceasefire agreement that halted the battles on November 10. Azerbaijan, Armenia and Russia signed a trilateral statement to announce the end of the military operations. Under the document Armenia returned the occupied Kalbajar and Lachin districts, as well as the seized parts of the Aghdam district to Azerbaijan by December 1. Russia deployed a peacekeeping contingent to safeguard the ceasefire in the region under the agreement.

President Erdogan, who arrived in Baku on a personal invitation of his Azerbaijani counterpart Aliyev, reaffirmed Turkey's strong support to Azerbaijan.

"As long as Turkey and Azerbaijan work hand in glove, they will continue to overcome all difficulties and run from one success to the next,” President Erdogan said.

Ankara showed irreversible political support for Azerbaijan since the start of military operations in the Karabakh region. Turkish top officials, including President Erdogan, vowed to spare no efforts for helping Azerbaijan in its fair struggle. A group of Turkish armed forces marched Thursday in the triumph parade of Azerbaijan as a sign of solidarity. 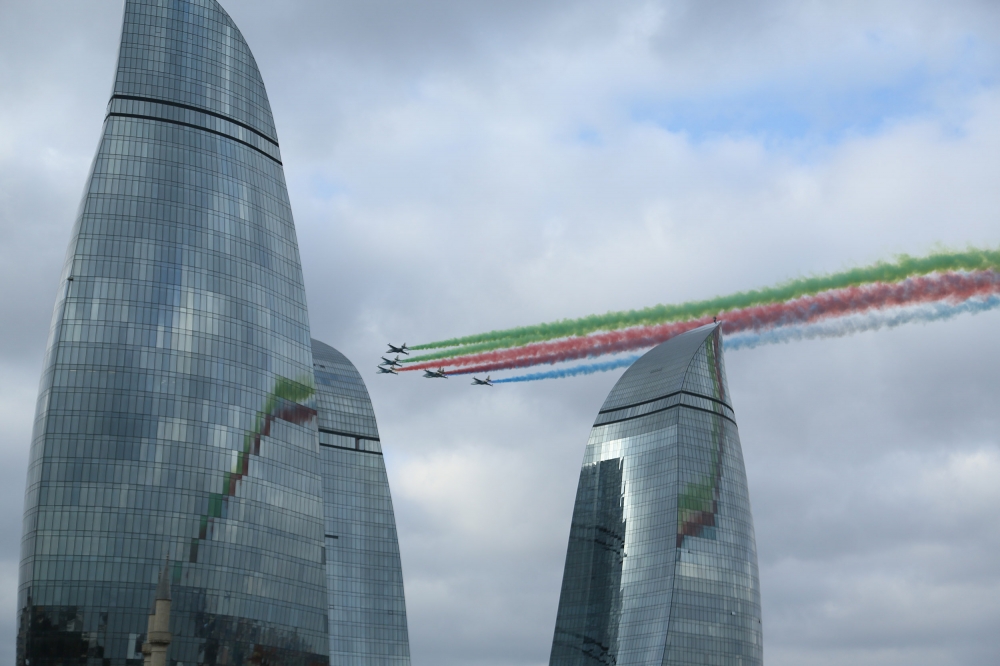 Turkish troops will reportedly be co-monitoring the ceasefire in the Nagorno-Karabakh (Daghlig Garabagh) region of Azerbaijan alongside the Russian servicemen. Ankara and Moscow have already signed relevant documents on the establishment of a Joint Turkish-Russian Center in an area chosen by Azerbaijan. Turkish Minister of National Defense, Hulusi Akar said the center is currently under construction and the personnel from Turkey and Russia will soon meet there. Although the media reported Azerbaijan's Aghdam district as the location for the center, the reports have yet to be officially confirmed.