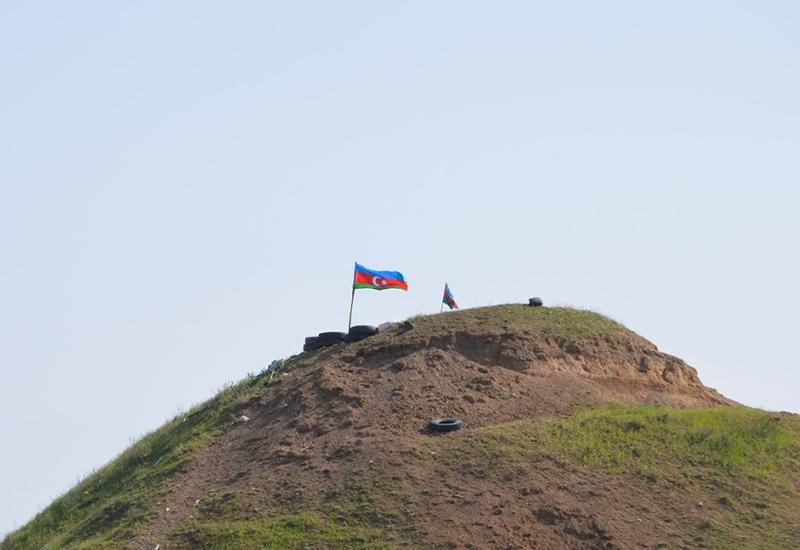 As a result of the Four Day War, Azerbaijan liberated a total of about 2,000 hectares (approximately 5,000 acres) of land, including strategic hills and three villages, which were occupied by Armenia during the First Karabakh war in the early 1990s.

Five years have passed since an unprecedented escalation of the Armenia-Azerbaijan Nagorno-Karabakh conflict that was later dubbed the April War or Four Day War.

In early April 2016, the silence of the night was broken with massive artillery bombardments caused by Armenia’s military provocations, namely shelling of the Azerbaijani villages and civilian settlements located close to the so-called line of contact.

The clashes lasted from April 1 through April 5, 2016, and resulted in the deaths of hundreds. As a result of the Four Day War, Azerbaijan liberated a total of about 2,000 hectares (approximately 5,000 acres) of land, including strategic hills and three villages, which were occupied by Armenia during the First Karabakh war in the early 1990s. After the April War, the government of Azerbaijan launched a two-phase revival campaign in liberated Jojug Marjanli to rebuilt the village’s infrastructure as well as residential houses, a school, a hospital, and a kindergarten. Over 100 IDP families returned to their native lands.

The April War has become an unexpected reminder of the full-scale war, which broke out shortly after Azerbaijan and Armenia became independent following the collapse of the Soviet Union.

The mass hostilities between the two countries broke out in 1991, spanning Azerbaijan’s southwestern region of Nagorno-Karabakh (Daghlig Garabagh) and seven surrounding districts, also belonging to Azerbaijan, and lasted until a ceasefire in 1994. As a result, Armenia occupied 20 percent of Azerbaijan’s internationally recognized territories. Over 30,000 ethnic Azerbaijanis were killed, one million were expelled from those lands in a brutal ethnic cleansing policy conducted by Armenia, while nearly 4,000 went missing. Armenia failed to comply with all four legally binding resolutions adopted by the UN Security Council and demanding the immediate withdrawal of the occupying forces from the Azerbaijani lands and the return of internally displaced Azerbaijanis to their native lands.

The April War was considered an unprecedented escalation of the Armenia-Azerbaijan Nagorno-Karabakh conflict since the 1994 ceasefire — but everything has changed after the latest outbreak of hostilities.

On September 27, 2020, Armenia’s forces deployed in the occupied Azerbaijani lands shelled military positions and civilian settlements of Azerbaijan. The attacks triggered the Azerbaijani forces to take immediate counter-offensive measures for pushing back the assault.

The war ended in a tripartite ceasefire statement signed on November 10 by Armenia, Azerbaijan, and Russia. By this time, Azerbaijani forces liberated more than 300 settlements, including the cities of Jabrayil, Fuzuli, Zangilan, Gubadli, and Shusha, from nearly 30-year-long illegal Armenian occupation. Armenia also returned the occupied Aghdam, Kalbajar, and Lachin districts to Azerbaijan by December 1 as part of the obligations it took under the ceasefire deal.