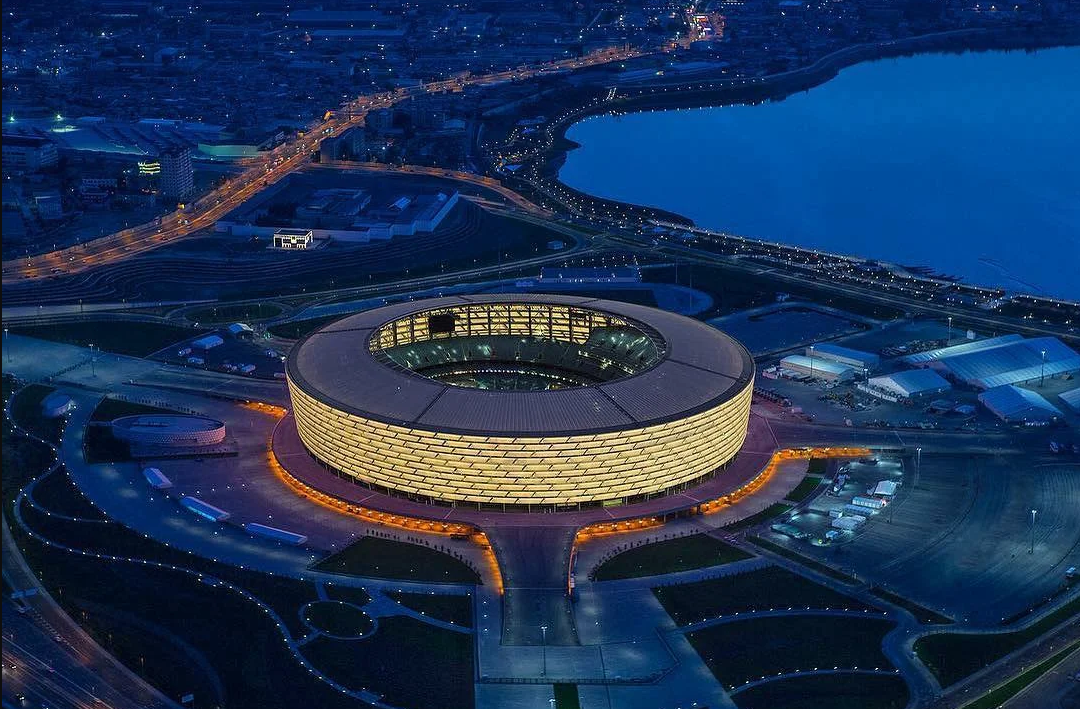 The iconic Baku Olympic Stadium in Azerbaijan will play host to three group games and one quarter-final game within the championship. / Storyone

Nationals of the countries participating in the Euro 2020 games in Baku will not be obliged to quarantine upon arrival in Azerbaijan, according to Azerbaijan Football Federations Association (AFFA).

AFFA announced its decision on Wednesday, ten days before the first Euro 2020 game at the Olympic Stadium in Baku.

“We are excited to welcome fans from the nations involved in our Euro 2020 host fixtures and have made a sensible plan to ensure those who wish to come can enjoy Baku, confident of a safe experience in our wonderful city,” said Elkhan Mammadov, Executive Vice President at AFFA.

“Baku has been gearing up for months for this once-in-a-lifetime showcase, and I know everybody involved is committed to ensuring this a truly unforgettable celebration of football. We look forward to fans joining these celebrations in the coming weeks,” he added.

Nationals of the countries playing in Baku will be issued an Azerbaijan visa on arrival by presenting a valid match ticket and a negative COVID-19 test certificate. An entry permit can also be obtained via the official e-visa portal. Then, according to the announcement, foreign fans will be allowed in the Olympic Stadium without any other requirements.

Meanwhile, all fans are advised to follow the necessary safety rules, including wearing a medical mask in closed spaces, using sanitizers, and keeping a social distance.

The Executive Committee of UEFA announced last year’s June that the tournament would take place from June 11 to July 11, 2021. Along with Azerbaijan, the tournament’s games will be played in Russia, Italy, Denmark, Netherlands, Romania, England, Scotland, Spain, Germany, and Hungary.

The iconic Baku Olympic Stadium in Azerbaijan will play host to three group games and one quarter-final game within the championship.

On June 12, the national football teams of Wales and Switzerland will take the pitch at the 68,700-seat Olympic Stadium. The next group stage game in Baku will feature the teams of Turkey and Wales on June 16, while on June 21, the squads of Switzerland and Turkey will meet in the last match of Group A. The quarter-final game in the city is scheduled for July 3.

Half of the capacity of the 68,700-seat stadium will be available for fan attendance during each match. The decision applies to local fans and the citizens of the countries represented by the national teams that will take the pitch in Baku. Fulfillment of the Covid-19 restriction measures is mandatory for getting an entrance permit to the Baku Olympic Stadium.