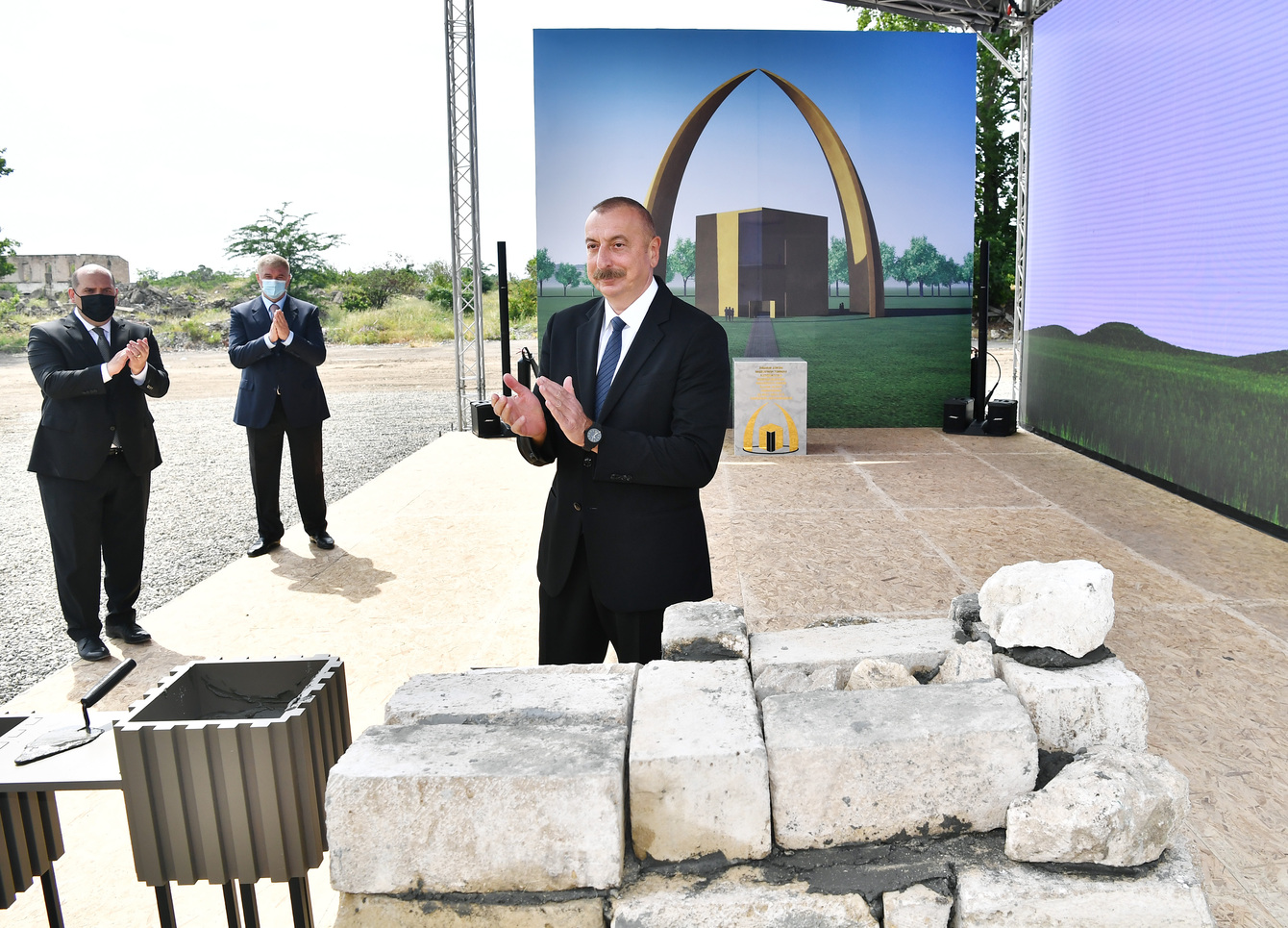 The reconstruction of Azerbaijan’s liberated Karabakh region is gaining pace with new socio-economic and infrastructure projects launched in the war-torn district of Aghdam.

On May 28, Azerbaijan’s President Ilham Aliyev visited Aghdam to attend a series of events, including a groundbreaking ceremony for the Aghdam Industry Park, which is supposed to turn Aghdam into a super modern and sophisticated industrial center.

The facility will include around 33 small manufacturing and service businesses, as well as large industrial and food enterprises. About $110 million will be invested in the project that will create 330 new jobs.

The construction of the industry park comes in line with the government’s strategy to transform Aghdam into one of four major regional centers in Azerbaijan’s liberated Karabakh (Garabagh) region. While Aghdam will be positioned as an industrial center, Kalbajar will become a mining and tourism hub. At the same time, the government plans to turn Shusha into a cultural and touristic center, and Jabrayil will become a logistics and trade hub.

Meanwhile, President Aliyev also took part in groundbreaking ceremonies for the first residential building, a school, a highway connecting Aghdam with Barda, and two museums. The Open Air Occupation Museum will be dedicated to the occupation of Aghdam by Armenian forces from 1993 to 2020, while the Victory Museum will showcase the triumph of the Azerbaijani army over the Armenian occupants during the last year’s war.

President Aliyev’s recent visit to the district marked the beginning of an all-new post-conflict era in Aghdam.

Aghdam, located 362 kilometers west of the capital Baku, was one of the major cities of heavy, light, and food industries, as well as agriculture of Azerbaijan until it lost a larger part of its territory to Armenian invasion.

Before the occupation, plants and factories in the district churned out equipment for aerospace and communication industries; canned, bakery, and dairy products; carpets, construction materials, and many more. The city was home to the first bread museum in the USSR and the second of its kind in the world, later ruined by Armenian troops.

The district was home to 38 collective and state farms, 24 construction-installation and 12 industrial enterprises, 74 schools, 105 healthcare facilities, 271 culture houses, 67 departments, and 99 clubs. In addition, there were an airport, a music technical school, and a drama theater.

In 1993, Armenian forces occupied a significant part of the district, including the city of Aghdam, and 89 villages, which comprised about 73 percent of the district’s territory. About six thousand residents of the district have been killed and 126,000 forcibly displaced in the wake of Armenia’s attack.

The occupied areas were razed to the ground, with no single building left except for the Juma Mosque in Aghdam.

Aghdam has been referred to as a “ghost town” and “Hiroshima of Caucasus” due to the scale of destructions caused by Armenians. International analysts labeled Aghdam as the planet’s “largest home depot” as Armenians plundered and ransacked the district’s properties to use as building supplies.

After 27 years of occupation, Armenia returned Aghdam and the district of the same name to Azerbaijan under the tripartite ceasefire statement signed by Armenia, Azerbaijan, and Russia on November 10, 2020.

The document ended the 44-day bloody war that started on September 27 last year after Armenia’s forces deployed in the occupied Azerbaijani lands shelled military positions and civilian settlements of Azerbaijan. Azerbaijani military took immediate counter-attack measures and successfully pushed back the offensive. The Azerbaijani army liberated over 300 settlements, including the cities of Jabrayil, Fuzuli, Zangilan, Gubadli, and Shusha, from nearly 30-year-long illegal Armenian occupation. Under the tripartite statement, Armenia also returned the occupied Aghdam, Kalbajar, and Lachin districts to Azerbaijan.