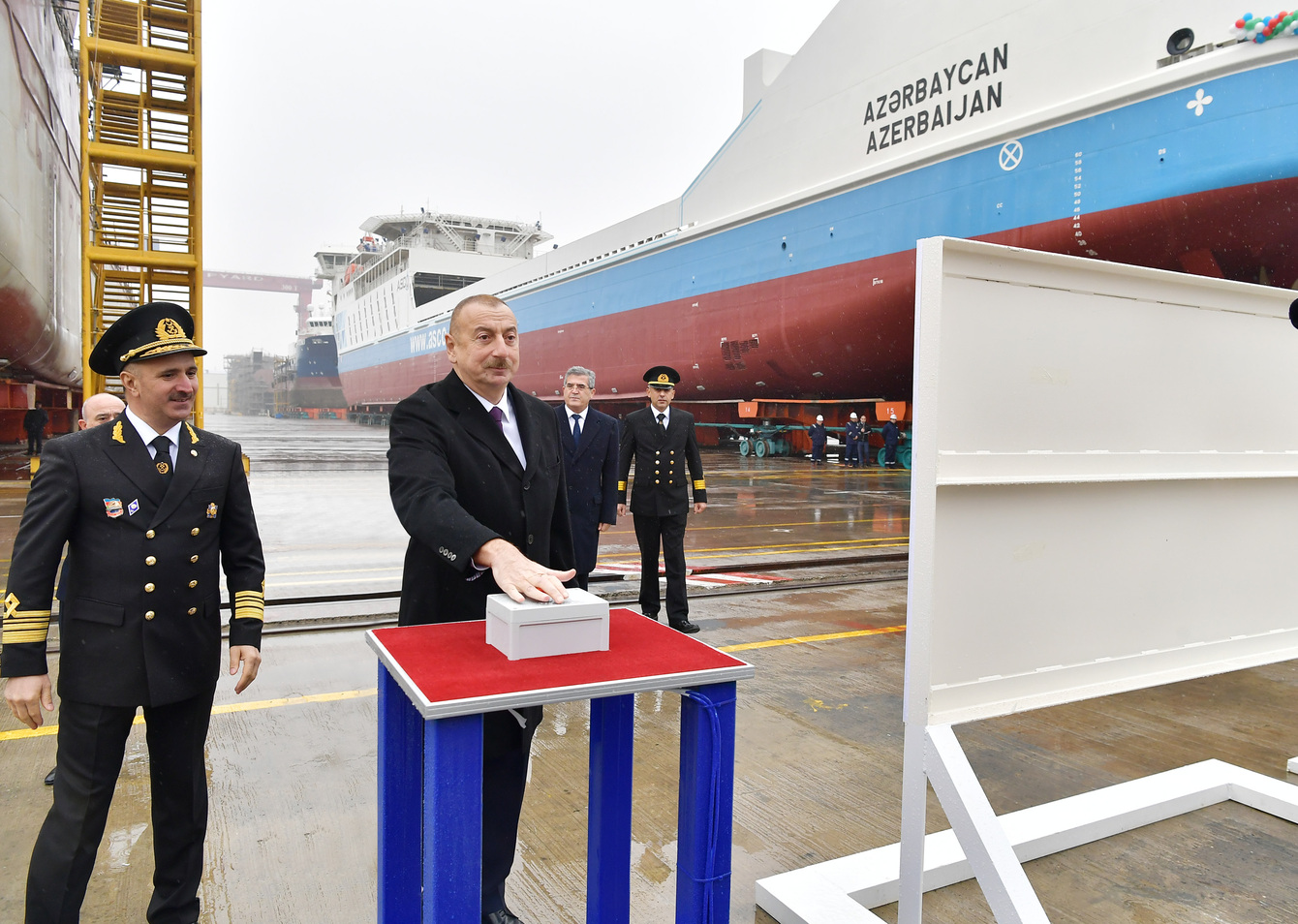 Azerbaijan’s national icon in the marine and offshore industry, the Baku Shipyard, last week introduced the first oil tanker and ferry of local production that will be used on the Caspian Sea.

“The tanker is 141 meters long and 16.9 meters wide. The weight of the ship is 7875 tons,” Rauf Veliyev, chairman of the Azerbaijan Caspian Sea Shipping Company, told President Ilham Aliyev, who attended the tanker’s commissioning at the Baku Shipyard on December 13.

“[This is] a Volga-Don MAX project. It is a tanker that is able to cross the Volga-Don River and has a maximum carrying capacity,” the chairman said, according to remarks posted to the president’s official website. “Unlike others, it has the capacity to pass over this canal with a load capacity of more than 4-5 thousand tons. . . with a maximum load of 5,600 tons.”

The crude oil tanker was named “Lachin” in honor of a region located around the Nagorno-Karabakh region of Azerbaijan. Both Nagorno-Karabakh region and Lachin district, along with six other districts of the country, were occupied by Armenia during a full-scale war that lasted from 1991 until a ceasefire deal in 1994. All the regions remain under Armenia’s occupation, despite four UN Security Council Resolutions that call for an immediate withdrawal of forces.

Lachin’s construction was completed by the Baku Shipyard team in two years. The self-propelled tanker contains six cargo tanks for transporting crude oil and petroleum products, including gasoline. As one of 20 crude oil tankers belonging to Azerbaijan’s maritime fleet, Lachin will, for the first time, transport liquefied cargo via the Volga-Don and Volga-Baltic canals to marine basins located outside the Caspian Sea region. 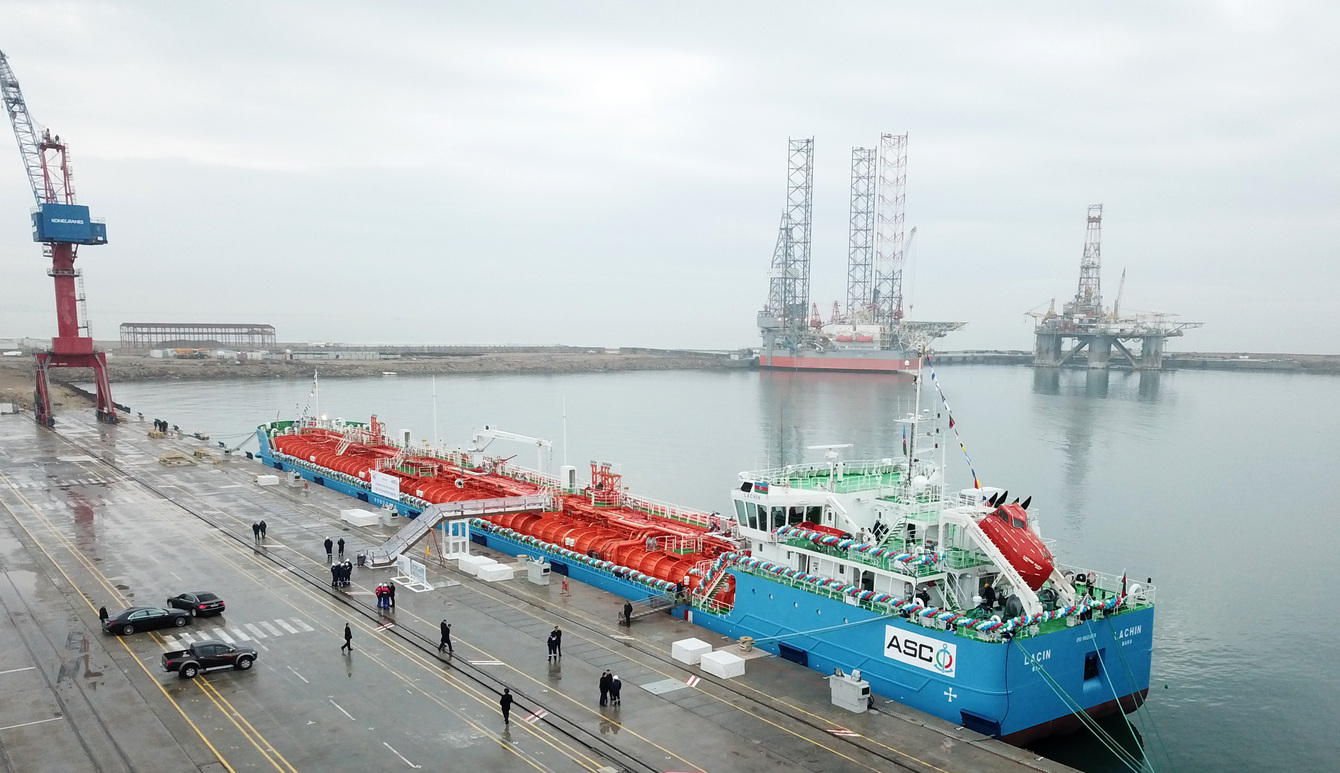 The one and only ferry operator on the Caspian Sea, Azerbaijan Caspian Sea Shipping Company, owns the largest marine fleet in the Caspian basin, where fleets from Russia, Kazakhstan, Iran and Turkmenistan are also stationed. Azerbaijan’s fleet is comprised of more than 200 vessels, including 20 tankers, 13 ferries, 15 universal dry cargo ships, two roll on-roll off cargo type vessels, as well as one technical vessel and one floating workshop. Currently, 14 ships from Azerbaijan Caspian Sea Shipping Company float in international waters.

The launch of Lachin was not the only milestone in Azerbaijani shipbuilding and commissioning last week. Baku Shipyard also introduced the first ferry to be built under the “Made in Azerbaijan” brand.

A ferry vessel named “Azerbaijan” was also launched. As a roll on-roll off and passenger ferry, it can carry 50 railway cars, 50 TIR trucks and 100 passengers. The state-of-the­-art boat was designed based on a project provided by Ukraine’s Odesa Marine Engineering Bureau and is available primarily for short international voyages. 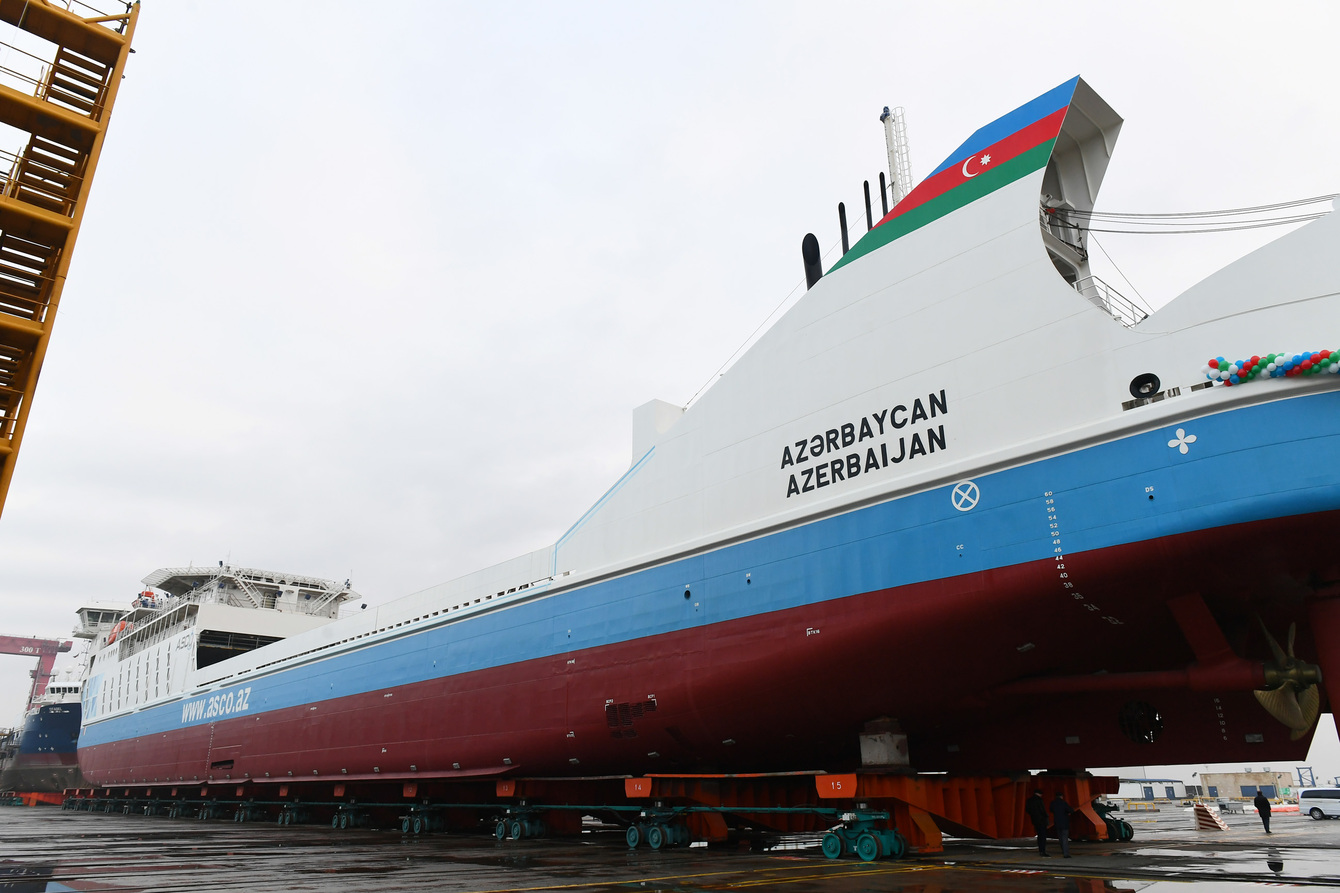 Azerbaijani officials in Baku are hoping to leverage the country’s strategic location between Europe and Asia and make it an integral part of the Trans-Caspian International Transport Route (TITR). Vessels such as “Lachin” and “Azerbaijan” are expected to help make this vision a reality, and contribute to increased commerce between Europe and China, in particular.