Azerbaijan Just Raised The Bar For Digital Services In The Caspian 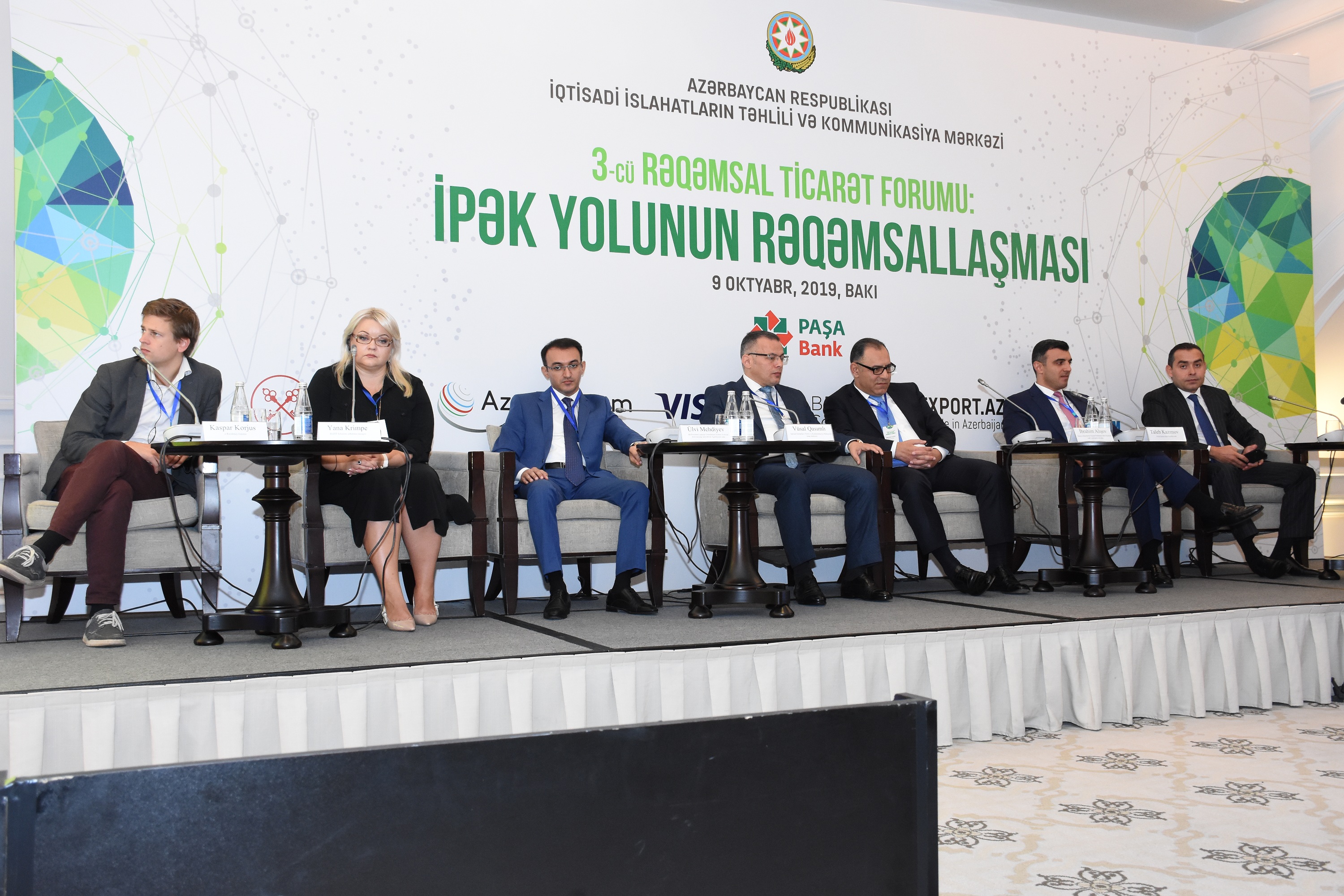 The era of digitization in the Caspian region took a big step recently, when four national organizations inked a public-private partnership agreement in Baku last week.

The state-run Center for Analysis of Economic Reforms and Communications in Azerbaijan, along with private companies including AzerTelecom, PASHA Bank and BEST Solutions signed a deal on the sidelines of the third Digital Trade Forum, headlined as “Digitalization of the Silk Road” on October 9. More than 200 participants from Azerbaijan, Russia, the United States, Great Britain and Turkey, amongst others, were represented.

“Our company is currently implementing the Azerbaijan Digital Hub program to turn Azerbaijan into a regional digital hub,” AzerTelecom General Director Fuad Allahverdiyev said in a speech delivered at the conference, according to a report published on AzerTelecom’s website. AzerTelecom is a member of the public-private partnership that has been established.

“The company intends to contribute to using digital infrastructure to efficiently organize joint activities within the Consortium, to further expand the Consortium's relationships within the Digital HUB program and so on.”

AzerTelecom, the backbone internet provider connecting Azerbaijan to the global network, has been implementing Digital Hub to help put the national telecommunication industry on par with the latest global standards. The program also aims to decrease the country’s dependence on foreign markets for the use of the internet, and ultimately to transform Azerbaijan into the region’s main exporter of digital services, all under the “Made in Azerbaijan” brand.

AzerTelecom, which is the subsidiary of the country’s first mobile operator - Bakcell, recently entered into an agreement with Kazakhstani Transtelecom and KazTransCom to build a fiber-optic cable line stretching over nearly 400 km (249 mi) along the bottom of the Caspian Sea, which will help increase regional capacity and global connectivity. The initiative is a part of the Trans-Caspian ambitious project implemented by AzerTelecom within its “Azerbaijan Digital Hub” program. With the full completion of the Digital Hub program, Azerbaijan will shift from a local center to a regional hub in greater geography that includes the South Caucasus, the Middle East, and Central and South Asia regions, in which 1.8 billion – one-fourth of the world’s population –  lives.

Last week’s conference in Baku also centered on other digitalization projects, such as e-Resident.

Kaspar Korjus, a former executive director of Estonia's and the world’s first e-Residence program, highlighted the Estonian experience about what is a government-issued digital identity platform. e-Residency allows citizens, as well as non-residents and aliens, to access services such as company public records, business regulations and articles of formation, banking, payment processing and taxation.

Azerbaijan is the second in the world, after Estonia, to have launched an e-Residency program, giving international entrepreneurs the ability to manage a location-independent business in the Caspian country and have full access to cross-border e-services available via Azerbaijan’s Digital Trade Hub. Becoming an e-Resident of Azerbaijan allows users to acquire a secure, government-verified, electronic identity and a chip-enabled identification card.