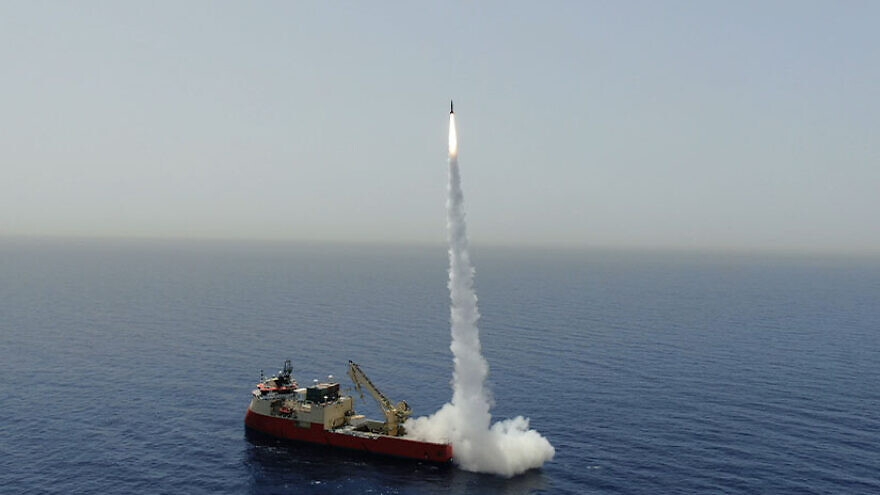 The Israeli defense manufacturer announced in a statement earlier in March that the new company is Azerbaijan-based Caspian Meteor.

Caspian Meteor will reportedly churn out advanced hi-tech defense solutions to meet the needs of the Azerbaijani military. The new company will utilize world-class defense expertise of Israel and the sophisticated field-related infrastructure of Azerbaijan.

The joint venture is a new chapter of cooperation with the Israeli defense companies for Caspian Ship Building Company whose portfolio already includes the region’s largest joint program with Israeli companies for building military vessels in a shipyard near the capital Baku.

The cooperation with Meteor Aerospace will add to Azerbaijan’s massive defense collaboration with Israel. Back in 2016, the country’s president Ilham Aliyev revealed that the contracts between Azerbaijani and Israeli companies with respect to purchasing of defense equipment were close to $5 billion.

According to data compiled by the leading conflict and armament think-tank, Stockholm International Peace Research Institute (SIPRI), Israel was a major supplier of arms to Azerbaijan over the past five years, with sales of more than $740 million. The purchases from Israel, one of the world’s top eight arms exporters, have made up 69 percent of Azerbaijan’s arms imports in 2016-2020, according to SIPRI. Azerbaijan was the second-largest buyer of Israeli weapons after India between 2014 and 2018.

Azerbaijani authorities confirmed the use of Israeli-made “suicide” drones in the last year’s war with Armenia in the Karabakh region, the internationally recognized territory of Azerbaijan. Harop loitering munitions, known also as a “kamikaze drone,” have reportedly had a great impact on giving the Azerbaijani army a clear edge over Armenia’s troops on the battlefields. Azerbaijani forces were also seen deploying the Israeli-made LORA operational-tactical missile system during the war.

The Middle East Eye claimed that Armenia launched the Russian-made Iskander ballistic missiles at Azerbaijan’s capital Baku in the final days of the hostilities in November 2020, however, the Azerbaijani forces intercepted the missile with a Barak-8 air defense system purchased from IAI.

“Azerbaijan is an important country for us,” Efraim Inbar, president of the Jerusalem Institute for Strategy and Security, told AFP. “We always try to be a good supplier even during times of tension… we have to make sure that we will honor the contracts we make with Azerbaijan."

The latest war in the region started on September 27, 2020, after Armenia’s forces deployed in the occupied Azerbaijani lands shelled military positions and civilian settlements of Azerbaijan. The attacks were met with counter-offensive measures taken by Azerbaijani forces, which pushed back the assault. The war ended in a tripartite ceasefire statement signed on November 10 by Armenia, Azerbaijan and Russia. By that time, Azerbaijani forces liberated more than 300 settlements, including the cities of Jabrayil, Fuzuli, Zangilan, Gubadli and Shusha, from nearly 30-year-long illegal Armenian occupation. Armenia also returned the occupied Aghdam, Kalbajar, and Lachin districts to Azerbaijan by December 1 as part of the obligations it took under the ceasefire deal.