Azerbaijan is Third-Largest Hazelnut Exporter in the World 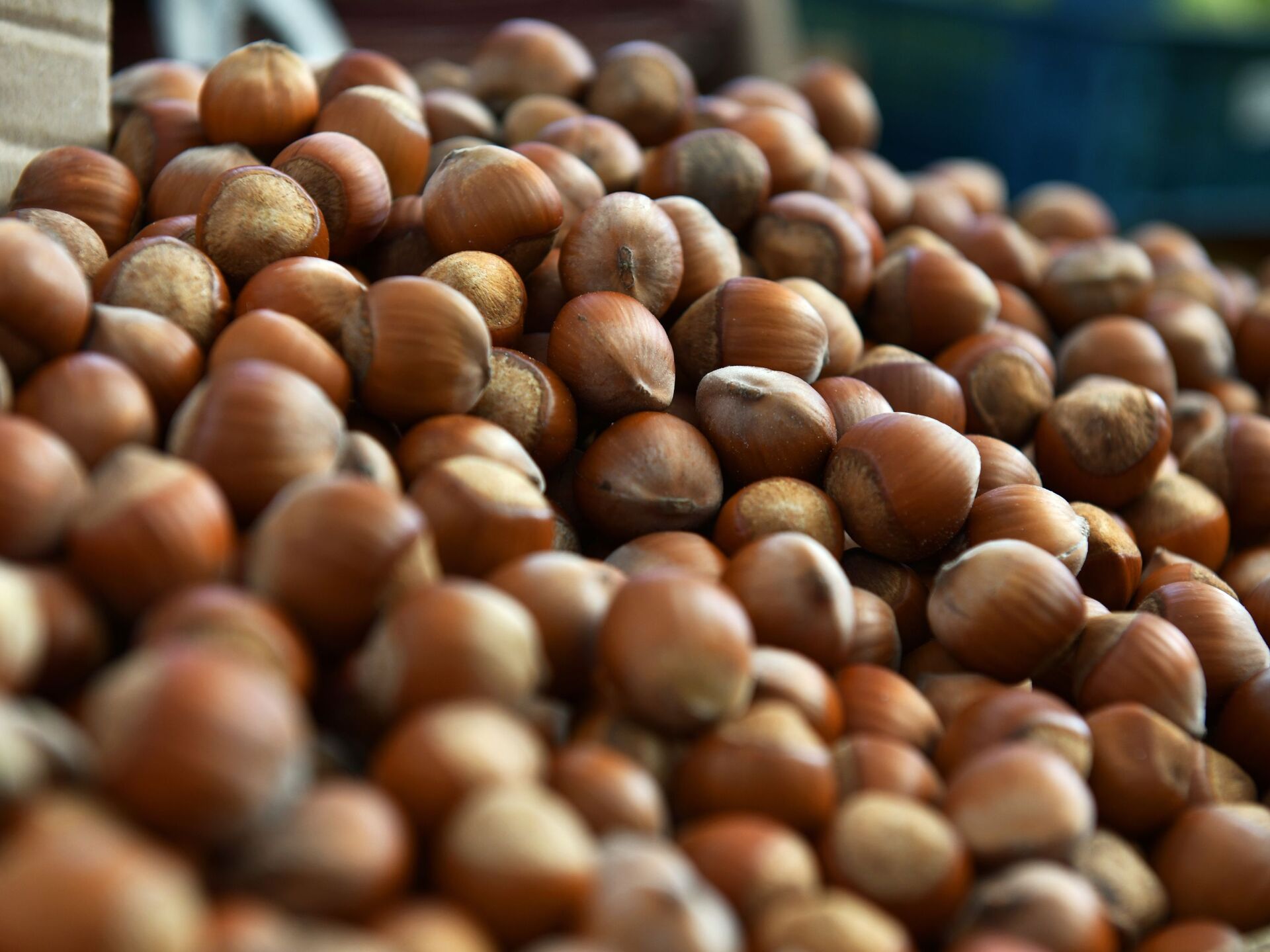 A total of 67,000 tons of hazelnut have been harvested in Azerbaijan in 2022 / Tomas Thaytsuk / Sputnik

Azerbaijan is the third-largest exporter of hazelnuts to global markets in the first quarter of 2022, an official from the country’s agriculture ministry, Surkhay Novruzov, said last week.

According to Novruzov, a total of 67,000 tons of hazelnuts have been harvested in Azerbaijan this year.

“About 95-96 percent of hazelnuts are exported to European markets. The Azerbaijani government encourages entrepreneurs engaged in hazelnut production. Every year they are allocated one-time funds in the amount of 4,400 manats ($2,600),” he said at a ceremony for signing a cooperation agreement between the UN Food and Agriculture Organization (FAO) and a local hazelnut exporter in Baku.

According to data released by International Nut and Dried Fruit Council, Azerbaijan comes in at number three in exporting both kernel-based and shelled hazelnut to global markets. According to 5-year average statistics, since 2017, the country has remained in the top three of the largest exporters of dried fruit with a 5 percent share in kernel-based exports and 5 percent in the shelled crops. In 2015-2016, the country ranked fourth.

Azerbaijan exports hazelnuts to more than 25 countries including Russia, Germany, Georgia, Poland, Lithuania, Belarus, France, Ukraine, Switzerland, and others. Germany and Italy are said to be the largest buyers of Azerbaijani hazelnuts. The state-run Azexport online sales platform received export orders worth nearly $84 million for multiple agricultural products, including hazelnuts, in January-February of this year.

Azerbaijan’s climate is ideal for cultivating almost all kinds of hazelnuts, and the industry is steadily growing each year. Eight varieties of hazelnuts are currently harvested in the country with Atababa — an ancient cultivar endemic to Azerbaijan — grown in nearly 90 percent of farms.

Farms, which are able to produce over 35,000 tons of nuts per annum, are located mainly in the northern Gakh, Zagatala, and Balakan regions of the country. According to the Azerbaijan Hazelnut Exporters Consortium, the number of new hazelnut orchards increases by an average of four to five percent each year. In 2021, new hazelnut orchards were planted in 790 hectares (1,950 acres) of territory in the northern Sheki district.

Agriculture, forestry and fishing industries accounted for 5.9 percent of Azerbaijan’s $54.7 billion GDP in 2021, according to data compiled by the State Statistics Committee.

FAO is currently implementing a project worth $1.3 million aimed at increasing hazelnut production in Azerbaijan by incorporating new technologies and global know-how into local practices and developing warehouse installations. The project is also expected to contribute to ensuring the sustainable development of the country’s hazelnut industry, providing food and nutrition security and reducing poverty in rural areas by the time it wraps up in 2023.