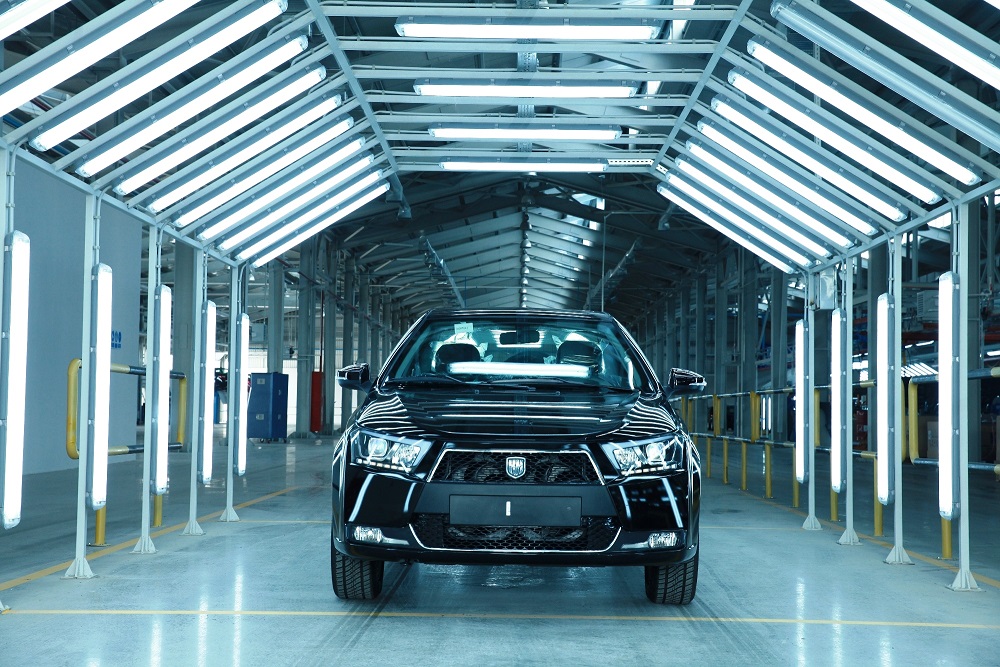 Automobile markets in Azerbaijan will be rolling out cars jointly produced with Iran at the Neftchala Industrial Park.

Emin Akhundov, head of Azermash OJSC – Azerbaijan’s shareholder in the venture – said the first batch of Khazar cars will include the SD and LD models and go on sale at three different retailers in Baku starting this week.

The cars are in line with the highest Euro-5 European gasoline emission standards. Spare parts for the cars are supplied by Iran’s Khodro Company, however, they will be produced locally in Azerbaijan beginning at the end of 2019.

“In the long term, if we decide to organize the production of spare parts, the price may drop by 12-13 percent. It is also planned to release models with automatic transmission. In general, the monthly production at the plant at the initial stage will be 160 cars.”

Akhundov said the economy, taxes and energy ministries of Azerbaijan have already purchased 40 cars that were produced at the AzKron LTD plant up to date. The parliament and the Central Election Committee will reportedly be the next buyers of Khazar cars.

The decision by Azermash Company and Iran’s largest car manufacturer, Iran Khodro Company (IKCO), to team up for joint production came in 2016, when the two sides decided to open a co-owned manufacturing plant in Azerbaijan. Azermash has put up 75 percent of the plant’s total cost of $14 million, while IKCO, which holds the remaining 25 percent stake, will be responsible mainly for technical and maintenance services.

In addition to Khazar cars, the AzKron Ltd. car production unit at the Neftchala Industrial Park of Azerbaijan will be churning out four models of two foreign automobile brands: France’s Peugeot and Renault, under the guidance of IKCO. Iran Khodro currently manufactures Peugeot-206, Peugeot-207, Renault Tondar and Renault Pickup models under official licenses.

The number of officially registered cars in Azerbaijan exceeded 1.3 million in 2016, according to data compiled by the State Statistics Committee. More than 1.1 million of them were passenger cars. The average number of cars per 100 families stands at 52.