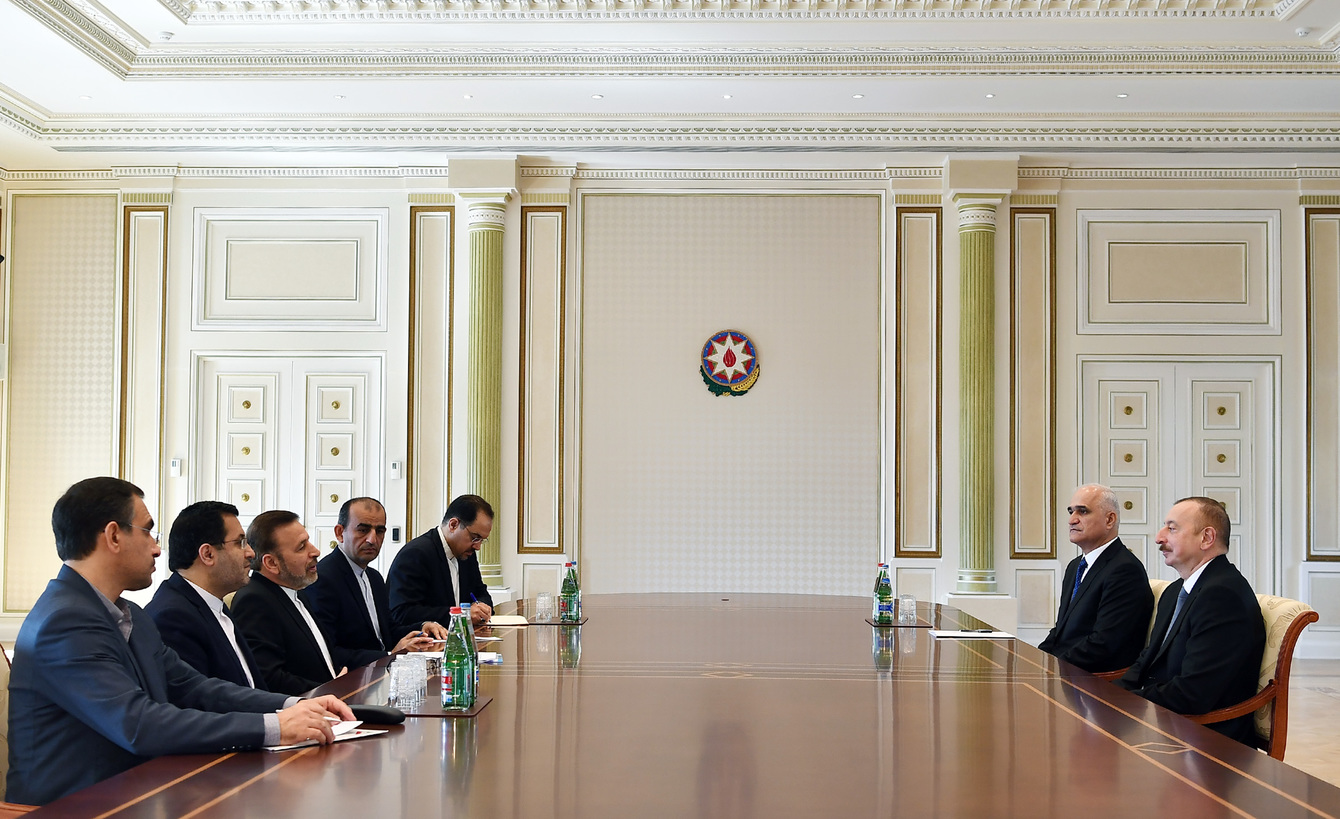 The Azerbaijani president has expressed his determination to promote deeper relations with the country’s neighbor to the south, namely Iran, calling for accelerating construction of a joint railway project in particular.

President Ilham Aliyev noted that bilateral relationship gained new dynamics since the Iranian President Hassan Rouhani’s recent visit to Azerbaijan from March 28-29, adding that issues that had not been addressed for many years were solved through joint efforts.

“The decisions of the Joint Commission on Economic Cooperation between Iran and Azerbaijan are in progress, and we closely follow the important plans for the Astara-Astara railroad line, and cooperation in the energy sphere in the Caspian region,” the Islamic Republic News Agency cited Aliyev as saying.

Azerbaijan launched a pilot run of the Astara-Astara line in December, which is part of the International North-South Transport Corridor – a 7,200 km (4,474 mi) multi-modal network of rail, road and sea routes that will move cargo throughout Europe and South and Central Asia. The railroad runs 8.3 km (5.2 mi) up from its southern border with Iran, into which it extends 1.4 km (0.87 mi), to Iran’s port city of Astara.

For his part, the head of the Iranian Presidential Office, Mahmoud Vaezi, also urged for accelerating construction operation of joint projects and broadening cooperation in the construction of the North-South Transport Corridor.

“The car manufacturing plant has been launched in Azerbaijan and energy is exported from Azerbaijan to Iran. Cooperation in transport area is rapidly expanding, the construction of the Astara-Astara railway has been completed successfully, and the establishment of cargo terminals is underway,” Vaezi said.

In a meeting with Vaezi Azerbaijan’s Prime Minister Novruz Mammadov described the Khazar automobile plant, which was launched in Neftchala Industrial Park in March 2018, as a successful economic project jointly implemented by Azerbaijan and Iran.

Production of Dena, Rana, Soren and Samand brands, as well as a number of Peugeot models, has been established at the plant. The annual capacity of the plant will be about 10,000 cars. Cars will be exported to Ukraine, Russia and Central Asia at sometime in the future.

In August 2016, Iran Khodro and Azerbaijan’s AzEuroCar LLC, a subsidiary of AzerMash, signed an agreement to establish a joint automobile plant in the Neftchala industrial park. The total cost of the project is estimated at 24 million manats ($14 million dollars). Seventy five percent of investments in the plant was made by Azerbaijan, while 25 percent by the Iranian side.

At a time when Iran’s business ties to much of the world hang in limbo, relations with Azerbaijan are on the up and up, despite Iran’s difficult situation of having U.S. sanctions reinstated.

On May 8, U.S. President Donald Trump warned that he is pulling the U.S. out of the Joint Comprehensive Plan of Action, or nuclear deal, that was reached in 2015 between Tehran and six world powers. Washington is planning to re-impose what U.S. officials term the "highest level of economic sanctions" on Iran.

"Even taking into account the recent events with the U.S., it is still possible for both Azerbaijan and Iran to strengthen ties. The two countries are engaged in cooperation for a long time, with a common culture and interests, and our cooperation will undoubtedly develop in future. Both countries will continue the expansion of friendly relations, contributing to the regional stability," Ahmad Alireza Beigi, a representative of the Iranian parliament said on May 16.