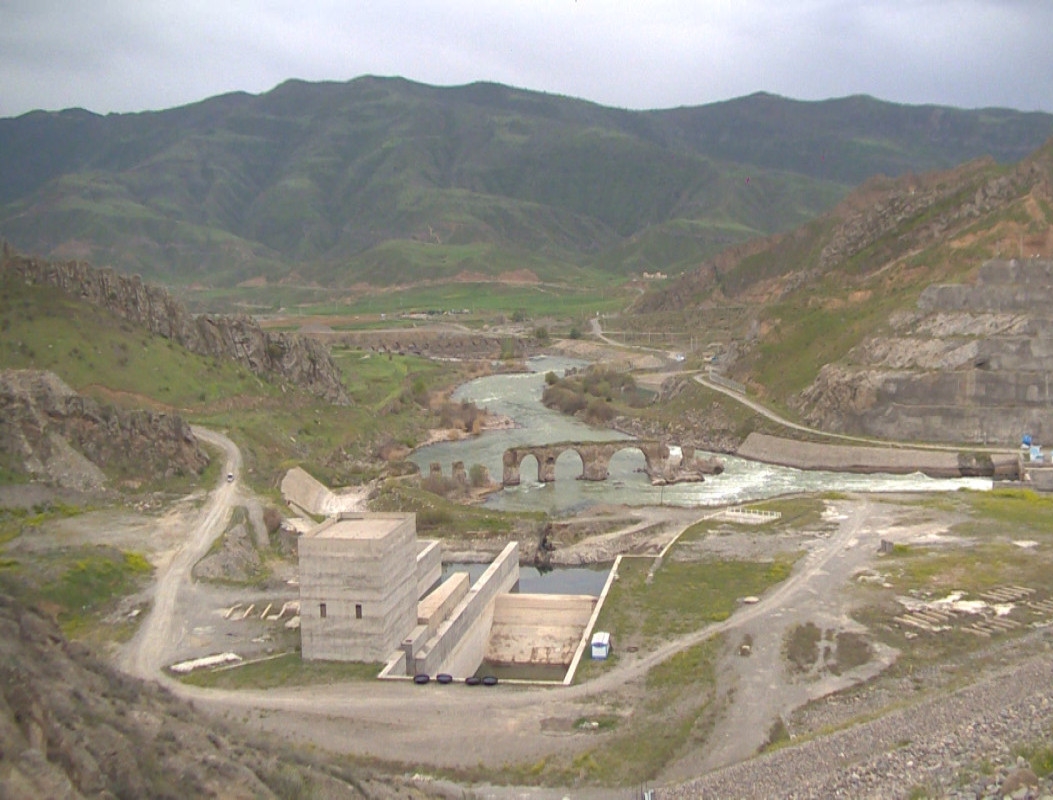 The construction of the Khudafarin and Giz Galasi hydropower plants on the Araz River on the joint border of Azerbaijan and Iran is underway. / APA

The Azerbaijani and Iranian officials have consented to implement the previously agreed document on the Khudafarin and Giz Galasi hydroelectric power plants on the Araz River.

In a meeting near the Giz Galasi reservoir on April 17, the sides agreed to continue working on hydroelectric power plants and waterworks facilities and determine the number of investments and contractors.

The contractors are yet to be identified, while the works are expected to begin in the next four months. The sides also determined that more than $22 million would be needed to complete the construction.

On April 16, in a meeting dedicated to the results of the first quarter of 2022, Azerbaijan’s President Ilham Aliyev said that “work on construction of “Khudafarin” and “Giz Galasi” Hydroelectric Power Stations should be accelerated this year.”

“Negotiations are underway with the Islamic Republic of Iran, and I think they should also be accelerated so that we can reach an agreement here as soon as possible,” the president said.

At the same time, it is planned to provide 252,000 hectares of existing and 12,000 hectares of new agricultural lands with irrigation water on the Azerbaijani side following the commissioning of water junctions, according to the government official.