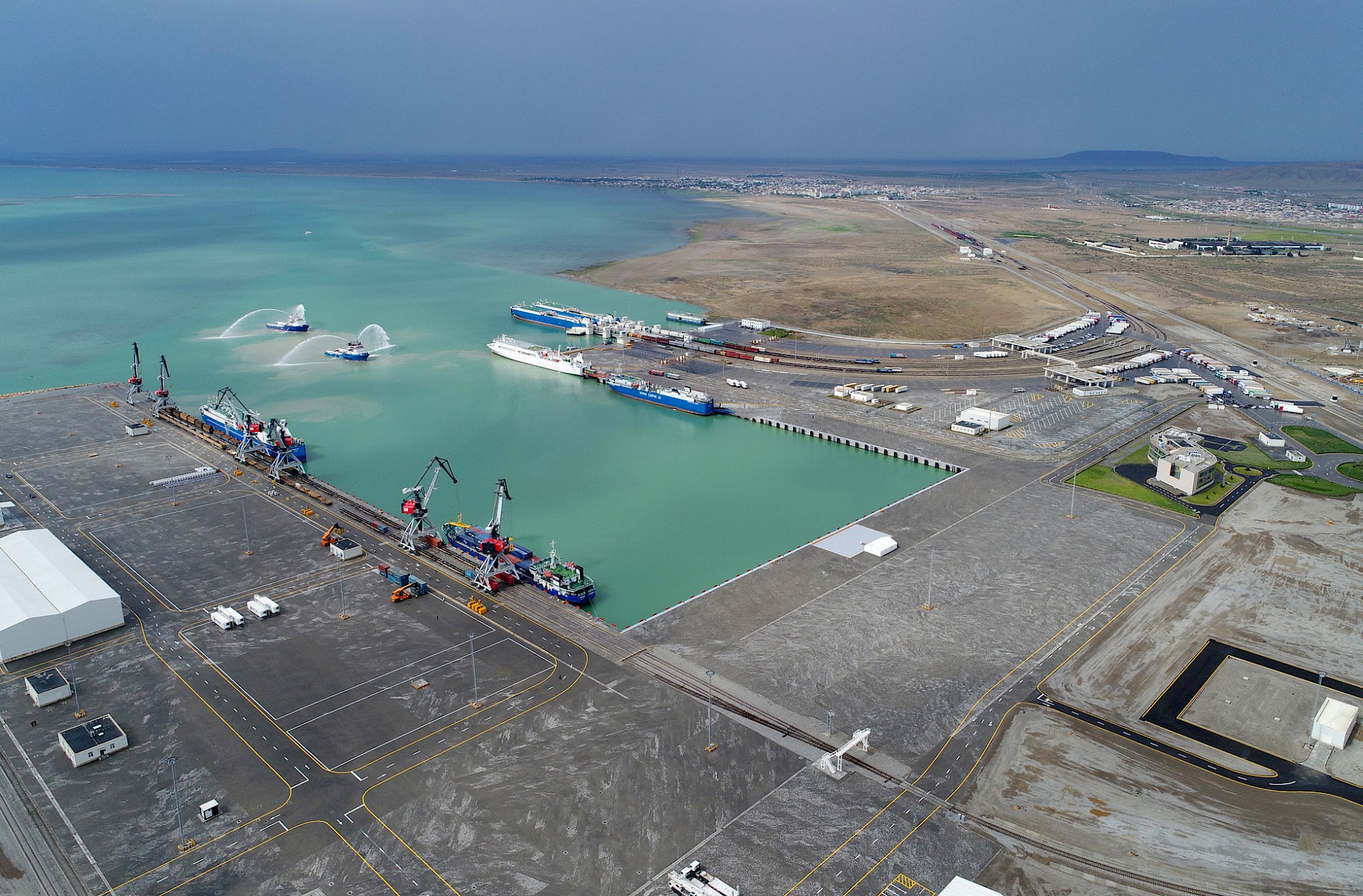 Contributions of Azerbaijan to the extensive development of Transport Corridor Europe-Caucasus-Asia, abbreviated to TRACECA, is on the rise, according to the recent data.

“The volume of freight traffic on the Azerbaijan section of the TRACECA exceeded 52.7 million tons, and cargo turnover amounted to 158.3 million tons in 2019. During this year, freight traffic on the Azerbaijani section of the TRACECA increased by 0.2 percent compared to 2018,” Aset Asavbayev, Secretary-General of the Permanent Secretariat of the Intergovernmental Commission (IGC) TRACECA, which is located in Baku, told in an interview with the Baku-based Trend news agency on February 26.

The bulk of the overall cargo or 34.6 million tons were transported by road, while the railways and maritime routes took up 13.3 million and 4.8 million tons respectively, according to data revealed by Asavbayev. In addition, transit cargo transportation via the territory of Azerbaijan in 2019 stood at 8.7 million tons.

The largest portion of exports from Azerbaijan is fossil fuel products, including oil and gas, for the proven reserves of which the country ranks in Top 30 of the world. Chemical products from the Sumgayit city, where the country’s largest chemical industrial complex locates, as well as vegetables and food products, are also listed among the top exported goods. As for the imports to Azerbaijan, automobiles of various brands, office equipment, electronics goods, sugar, and other consumer goods make up the biggest share.

The revenues of Azerbaijan from TRACECA cargo deliveries in 2019 reached $397 million or 6.2 percent more than in 2018. Transit operations generated $122 million, while passenger transportation revenues stood at $96 million, exceeding the figures of 2018 by 15.7 percent and 6.6 percent respectively.

Azerbaijan’s geographic location at the crossroads of Europa and Asia and the Middle East in the South Caucasus region plays a crucial role in the TRACECA program. The country acts as a bridge for connecting Central and Western Europe with Central and South-East Asia and integrating the Caucasus and Central Asia regions into the West.

Established in Brussels in 1993, TRACECA stretches from Shanghai in China to Frankfurt in Germany, being acknowledged as one of the modern twists of ancient Eurasian trade and transport corridor, the Great Silk Road. TRACECA aims to strengthen economic relations, trade, and transport cooperation in the regions of South Caucasus and Central Asia by connecting them with Europe in the shortest transport corridor. It also helps the EU implement the programs for the development of the economies of thirteen TRACECA nations, nine of which have once been part of the Soviet Union, including Azerbaijan.

Azerbaijan contributes to TRACECA with its well-organized transport infrastructure, including the land, rail, and maritime routes. Cargo from Central and South-East Asia easily reaches Europe on a modern highway that stretches over 500 kilometers from capital Baku to the country’s border with Georgia. In railway, the focal point is the Baku-Tbilisi-Kars (BTK) railway, an 826-kilometer route that was launched in October 2017 and connects Azerbaijan, Georgia, and Turkey. As of October 2019, BTK carried 275,000 tons of goods. The figures will reach 3-5 million tons in 2020, 6-8 million tons in 2022, and ultimately 17 million tons when the railroad is in full swing.

Baku International Sea Trade Port, the largest seaport both in Azerbaijan and in the Caspian Sea, comes under the spotlight in maritime cargo on TRACECA. The first phase of the three-phase port was launched in 2018. Cargo handling of the harbor is 15 million tons per year at the initial stage, however, it will be able to ultimately receive 25 million tons after full completion.