Azerbaijan Goes to Eurovision with “Cleopatra” 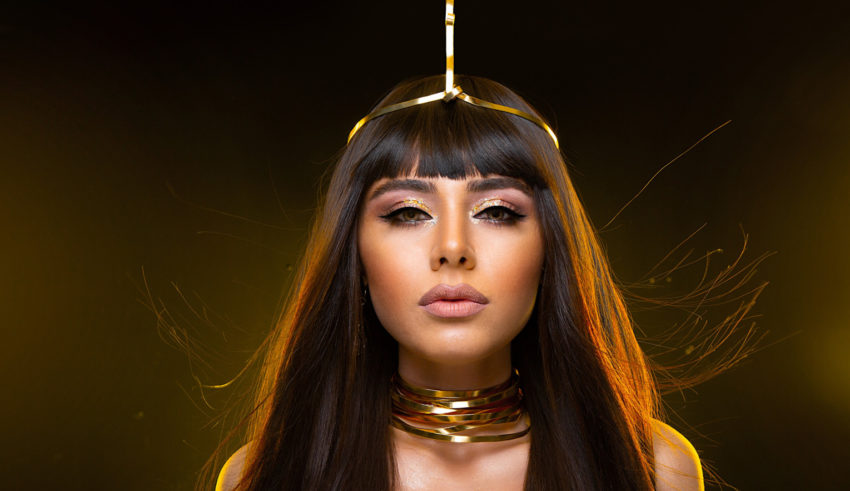 Eurovision’s official partner in Azerbaijan, Ictimai TV channel released this week the song that will be performed by Azerbaijan’s representative Samira Efendi in the pan-European song festival in May.

The song is titled “Cleopatra,” getting its name from the renowned ancient Egyptian queen. Authors of the song are Luuk van Beers, Alan Roy Scott, and Sarah Lake – all from the Netherlands, while producers are Dutch professionals Luc van Beers and Tony Cornelissen.

"Cleopatra is a song about trusting your gut instinct, standing up for yourself and being a “queen” - even when things get tough and especially if someone betrays or hurts you,” Efendi said, according to Eurovision.tv.

“It’s a song that is meant to inspire people to be who they are and to be proud of themselves - just as Cleopatra was. She was a queen who went through love, heartbreak, and betrayal, but she stood up for herself and is now remembered as an icon of strength and femininity.”

Ethnic motives are perfectly put in harmony with modern patterns in “Cleopatra,” which features an ethnic sound with three traditional Azerbaijani instruments, including tar, a national instrument inscribed in the UNESCO’s List of Intangible Cultural Heritage of Humanity. Other ancestral sounds in the song movie come from oud, a traditional guitar-like string instrument, and balaban, a cylindrical-bore, double-reed wind.

Ukrainian director Alex Lamakh shot the official video for the song at the historical Gobustan State Historical and Cultural Reserve. “Cleopatra” is Azerbaijan’s first Eurovision video that was shot in homeland since the country’s first Eurovision appearance in 2008.

Last week, Ictimai TV confirmed Efendi as the representative of Azerbaijan at the upcoming Eurovision Song Contest (ESC) that will take place in the Rotterdam city on May 12-16. The 28-year old singer is expected to take the stage in the second part of the show’s first semi-final on May 12. Meanwhile, the second semi-finals are scheduled for May 14. The winner will be announced in Grand Final on May 16 at the Rotterdam Ahoy multi-purpose arena, the venue that will play a host to the contest.

The debut performance of Azerbaijan at the ESC took place in 2008 with the “Day After Day” song performed by Elnur and Samir. El & Nikki duet from the country won the contest in 2011 with their “Running Scared” song. Last year, the “Truth” song performed by Chingiz was Azerbaijan’s Eurovision entry.