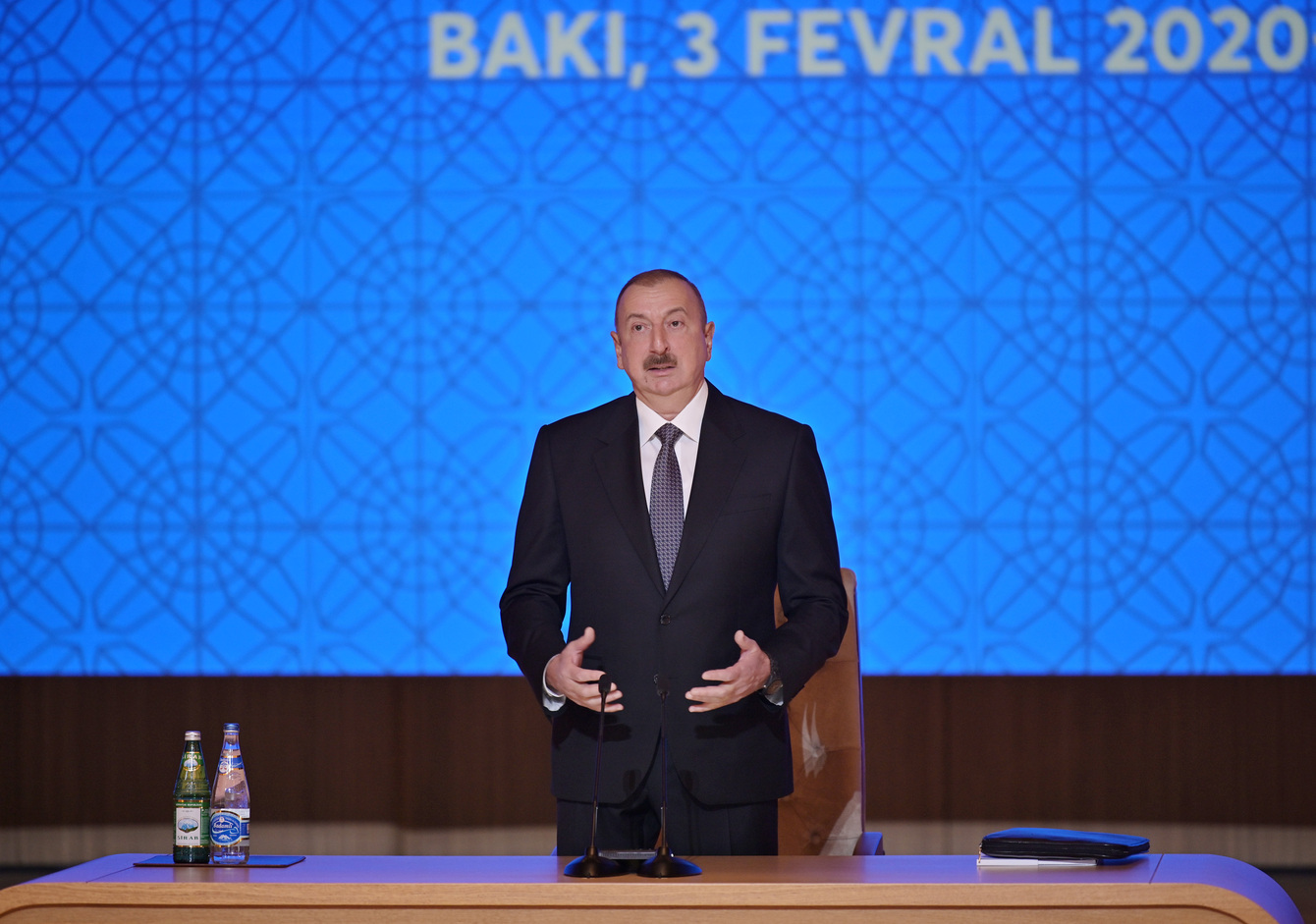 President Ilham Aliyev delivers a speech at the conference dedicated to the work that has been done in the first year of “Socio-economic development of the regions of the Republic of Azerbaijan in 2019-2023” program, February 3, 2020, Baku, Azerbaijan / President.Az

Azerbaijan plans to launch five more ASAN service centers, a one-stop-shop public services platform, until the end of this year, to facilitate government-to-citizen communication — one of the top priorities on the state agenda in 2020.

Improvement of the social service infrastructure in the country was one of the key points in President Ilham Aliyev’s speech, which he delivered at a conference dedicated to the work that has been done within the five-year state program. He said 2020 is going to see significant measures to be taken in this light.

“I should inform you that five centers will be commissioned this year, plus six more are on the agenda. Two of them will be built in Baku and thus the number of centers in Baku will reach seven,” he said adding that it is aimed at preventing queues in some centers in the capital city.

“One [will be launched] in Ganja. It will be the second in Ganja. One will be in Sumgait and it will be second there. One in Lankaran and one in Salyan. So, this program should be completed by the end of 2021, maybe sooner. Thus, the number of ASAN service centers will reach 27.”

Sixteen ASAN service centers currently operating throughout the country have received around 8 million applications in 2019, meaning the overall number of appeals reached 33 million over seven years since its inception in 2012. Capital Baku is the epicenter of the service network with five centers in operation. Eleven regional offices are stationed in Sumgait, Ganja, Barda, Sabirabad, Gabala, Masalli, Guba, Mingachevir, Imishli, Sheki, and Shamakhi.

ASAN offers also a “service on wheels” option on ten fully-equipped buses and a train to those living in remote locations. Since its launch in 2013, nearly 2 million citizens have been served through mobile facilities.

While Azerbaijan is known globally for its rich fossil fuel reserves and exports of energy products worldwide, the country has been selling intellectual products, thanks to the ASAN project. ASAN Khedmat, which means “service” in Pashto, is a version of Azerbaijan’s ASAN Services concept in Afghanistan that helps improve state services via one-stop centers. Uganda landed a deal with the government of Azerbaijan to launch the same all-inclusive social service network in the country.

Meanwhile, in his Monday’s remarks, President Aliyev spoke about the expansion of the next national brand for social services, known as DOST, which means “friend” in Azerbaijani. The Sustainable and Operative Social Security or DOST agency launched by the Labor and People’s Social Protection Ministry is going to open more service centers across the country.

“Creation of DOST centers will be more common. Two centers have already been commissioned last year and we consider to create more than 30 DOST centers,” President Aliyev said at the conference on Monday.

There are currently two DOST centers operating in capital Baku. The main task of the platform is to improve the quality of services provided to citizens in the areas of employment, labor, and social security, as well as increase transparency of government-to-citizen communication. In addition, the agency works to expand the share of innovative solutions in the social security sector and accelerate the transition to e-services. One of the DOST centers in Baku served around 65,000 citizens in 2019.