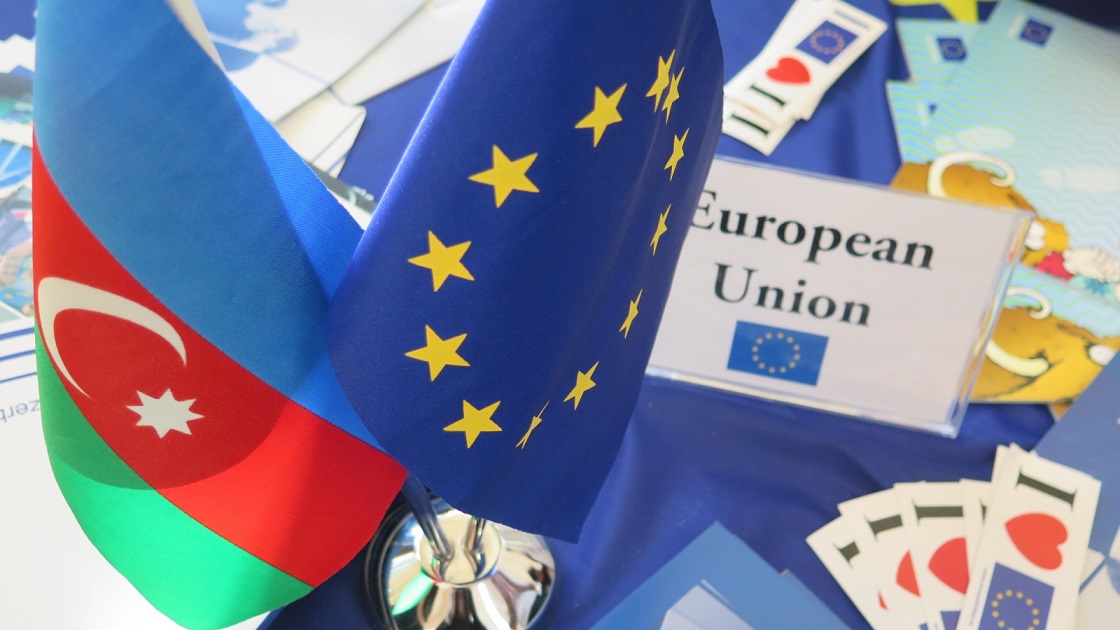 Partnership and cooperation agreements (PCA) are broad in scope, addressing the political, economic, social and cultural sides to relations between the Caspian region country and the EU. / European Union

Azerbaijan and the European Union are planning to ink a new partnership and cooperation agreement next year, which is expected to usher in a new era in the bilateral relationship, as it will replace a deal that has been in force since 1999.

Javanshir Feyziev, Co-chairman of the European Union-Azerbaijan Committee for Inter-parliamentary Cooperation, said both Azerbaijan and the EU are sparing no effort to put the new deal on the table for signing in 2019.

"There is no time limit, but negotiators do their best to speed up the process, Feyziyev said in an interview with EURACTIV, according to Trend. “We expect that the parties will be able to complete the negotiations by the end of this year and the new agreement will be ready for signing in the first half of 2019.”

Partnership and cooperation agreements (PCA) are broad in scope, addressing the political, economic, social and cultural sides to relations between the Caspian region country and the EU. Trade and investment, human rights, the rule of law, education, energy, transportation and environmental protection are just some the areas covered under such an agreement.

The 28-member and Azerbaijan have maintained relations since the latter’s independence in 1991, after the collapse of the Soviet Union. A formal PCA was signed in 1996 and went into effect three years later. That agreement focused mostly on political dialogue, trade, investment, economic matters, legislation and culture.

In July 2003, the EU designated a special representative for the South Caucasus. One year later, what is the South Caucasus region’s largest country was included in the European Neighborhood Policy (ENP), which provides a security framework for interaction with the EU.

News about revisiting the decades-old PCA first made headlines in November 2016, when the European Council adopted a mandate for the European Commission and the High Representative for Foreign Affairs and Security Policy to negotiate a new agreement with Azerbaijan. The new PCA is meant to inject new blood into bilateral cooperation and address the changes and challenges in the South Caucasus and Caspian regions since the initial agreement was negotiated in the 1990s.

Azerbaijani President Ilham Aliyev's visit to Brussels on February 6 of this year helped kick-start negotiations for a new agreement.

As the EU looks for suppliers to feed the continent’s ever-growing energy needs, Azerbaijan is taking center stage as the former looks to diversify away from Russia. The Southern Gas Corridor, a 3,500 km mega-gas pipeline that is expected to go online by 2020, will pump over 10 billion cubic meters (bcm) of gas from Azerbaijan’s Shah Deniz field underneath the Caspian Sea to Europe, while delivering another six bcm to Turkey along the way.