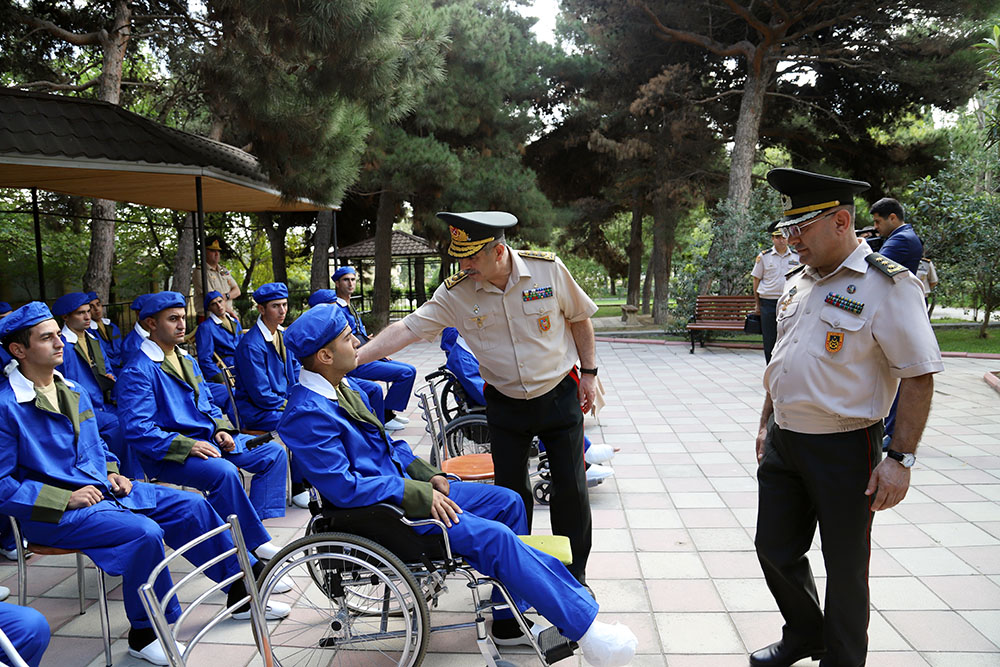 The Defense Ministry of Azerbaijan revealed the number of troops wounded as a result of Armenia’s recent armed provocations on the state border.

According to the ministry, a total of 282 servicemen of the Azerbaijan Armed Forces were injured as they suppressed the Armenian armed forces’ attacks on the military and civilian positions along the Armenia-Azerbaijan border.

"Out of 282 wounded servicemen, 43 rejoined the army after being provided with first medical aid, 115 are in satisfactory condition, as well as the health conditions of 103 and 21 persons are evaluated as moderately severe and severe, respectively,” the ministry said in a statement on Saturday.

At the same time, as a result of the Armenian armed forces’ provocation, 2 Azerbaijani civilians were wounded.

One of the injured soldiers, Yusif Gurbanov, died at the hospital from his injuries, which resulted from a mine explosion during a large-scale military provocation by the Armenian Armed Forces.

With his death, the total number of martyred members of the Azerbaijan Armed Forces reached 80. The ministry has previously announced the deaths of 50, 21, 6, and 2 servicemen, which occurred between September 12 to 14.

The Armenian Armed Forces committed large-scale provocations on the state border on September 12-13. The intensive shelling of the Azerbaijani positions took place, while saboteurs stationed in the area mined the territories and supply routes between the units of the Azerbaijani army in the Lachin, Kalbajar and Dashkasan districts.

The armed provocations caused a short but bloody flare-up of hostilities between the militaries of the two countries. According to the Azerbaijani side, the clashes lasted eight hours until the troops of Azerbaijan suppressed the offensive.

Armenia resumed its armed border provocations on September 14 when its armed forces deployed howitzers and mortars to shell Azerbaijan army units stationed in the directions of Kalbajar and Lachin. The Azerbaijani troops responded to the offensive with retaliatory measures.

According to Azerbaijani media reports, the main purpose of the attack of the Armenian army on September 14 was to capture Azerbaijani military positions. However, they retreated suffering manpower losses.

President Ilham Aliyev said the latest provocations of the Armenian military seriously affected the normalization process between Armenia and Azerbaijan after the 44-day war in 2020.

“This provocation is a huge blow to the normalization process between two countries. All responsibility for this lies with the military-political leadership of Armenia,” he said at the Shanghai Cooperation Organization summit in Uzbekistan on September 16.

“Azerbaijan presented five basic principles for the peace agreement to Armenia based on the mutual recognition of each other's sovereignty and territorial integrity. Now, we need without preconditions and artificial delays to start the work on the draft peace treaty," he added.