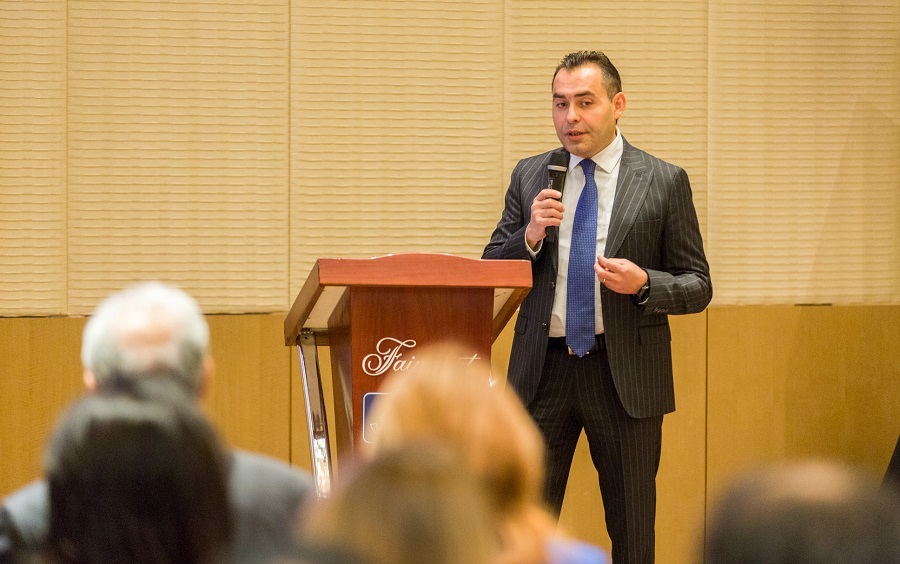 The Azerbaijan Digital Hub program of AzerTelecom, the backbone internet provider connecting Azerbaijan to the global internet network, won a prize in the nomination “Best Infrastructure Project of the Year” at the 4th International Forum “Innovation Time - 2019” that was held in Baku this week.

Speaking at the event, AzerTelecom CEO, Fuad Allahverdiyev said the Azerbaijan Digital Hub program is an ambitious project that has already had its impact on the development of innovations and the formation of a digital ecosystem in Azerbaijan, and is going to throw more weight behind the country’s digitalization.

“With the implementation of this program, Azerbaijan will receive the status of a regional digital center in addition to its existing statuses of the energy and transport centers,” Allahverdiyev said at the event, according to 1news.az. “Earlier, a public-private partnership consortium with the participation of AzerTeleсom was also established, and we are working within the framework of this consortium to turn our country into a digital hub and expand the use of digital technologies in various fields.”

The prizes awarded the best innovative projects in various fields at the international “Innovation Time – 2019” forum in Baku. In the category of the best infrastructure, AzerTelecom’s Azerbaijan Digital Hub program outshone its rivals to claim the “Best Infrastructure Project of the Year” award.

AzerTelecom, a subsidiary of Azerbaijan’s first mobile operator and the fastest mobile internet provider Bakcell, is a backbone telecommunications operator that connects Azerbaijan with the global Internet network through cutting-edge infrastructure. The company offers a wide range of modern services for local and foreign telecommunications companies.

The Azerbaijan Digital Hub (ADH) program of AzerTelecom is aimed at transforming Azerbaijan into a regional digital center. The implementation of the program provides unique opportunities for creating a solid foundation for the national IT and National Innovation Strategy of the country. It is expected to make an important contribution to accelerating digitalization, flexible transformation into a digital economy, and the development of IT architecture in the Caspian Sea littoral country.

AzerTelecom is aiming to create a digital telecommunications corridor between Europe and Asia, known as the Digital Silk Road, referring to the ancient and famous trade and transport corridor known as the Silk Road where Azerbaijan was the gateway between Asia and Europe. One of the crucial segments of the ADH program is the Trans-Caspian project, which addresses laying fiber-optic cables between Azerbaijan and Central Asian countries along the bottom of the Caspian Sea.

AzerTelecom has already landed agreements with Kazakhstan and Turkmenistan for building such backbone cable lines. Data transmission between Azerbaijan and Kazakhstan through that cable is expected to start sometime in 2021.

Meanwhile, as part of the ADH, a regional Data Center will be created in Baku with an ultimate goal of turning Azerbaijan into a regional Digital Hub for the Caucasus, Commonwealth of Independent States (CIS) region, Central and South Asia, the Middle East and surrounding regions where a total of roughly 1.8 billion people live.