An employee of Azerbaijan Airlines gets the first dose of a Covid-19 vaccine, Baku, Azerbaijan, February 22, 2021 / AZAL

More than half a million people in Azerbaijan, or 5 percent of the country’s population of 10 million, have already received the Covid-19 vaccine since the mass inoculation was rolled out in the country in January.

A record 536,871 people took part in the vaccination programme in Azerbaijan across all of the major cities, including the capital Baku, and the regions as of March 29, according to a statement released by the Operative Headquarters under the country’s Cabinet of Ministers.

The Chinese-made CoronaVac vaccine is used for immunization in Azerbaijan, which is voluntary and funded by the government. It should include two doses in order to complete the inoculation and receive a vaccination passport. Residents can register for Covid-19 vaccination on an online platform launched by the state-run Agency for Compulsory Health Insurance.

Azerbaijan purchased 4 million doses of the CoronaVAC vaccine manufactured by the Chinese SinoVac Company, which was confirmed to be 92 percent effective. Two million people or one-fifth of the country's population is expected to be immunized with CoronaVac. SinoVac agreed to deliver vaccines to Azerbaijan in stages. According to the terms of an agreement between Baku and Ankara, the doses are transferred to laboratories in Turkey for necessary checks before arriving in Azerbaijan.

In addition to CoronaVac, Azerbaijan will be purchasing 432,000 doses of AstraZeneca and 300,000 doses of Sputnik V vaccines. The import of the vaccines will reportedly be completed in 180 days.

The purchase of AstraZeneca vaccine doses comes as part of a contract signed between GAVI and Azerbaijan’s State Agency for Compulsory Health Insurance in September 2020. For the import of Sputnik V, the state agency secured an agreement with the Russian manufacturer Human Vaccine Company.

Azerbaijan was one of the first countries to join the WHO-led COVAX campaign aimed at ensuring the fair and equitable distribution of Covid-19 vaccines to every country, in particular to poor countries. However, officials in the country accused COVAX of failure in the delivery of vaccines to Azerbaijan. Member of the parliament, Jeyhun Mammadov, said COVAX demonstrates a frivolous approach and double standards with regard to vaccine distribution.

“This platform did not provide Azerbaijan with vaccines. It has recently become known that COVAX will deliver less than promised, without even naming the delivery time,” Trend referred to Mammadov as saying. "Obviously, double standards are applied in such important issues as health care and vaccination.”

Assistant to the Azerbaijani president, Head of the Department of Economic Issues and Innovative Development Policy of the Presidential Administration, Shahmar Movsumov, said in January that Azerbaijan would get two million doses of a Covid-19 vaccine as part of the COVAX campaign. It was later revealed that Azerbaijan was not included in the list of 18 countries that would receive Pfizer-BioNTech vaccines administered by COVAX.

“But what should the citizens of poor countries do? Get sick? When they get sick, they are more likely to die because the health care system in such countries is by far worse than that of developed countries. Therefore, we must talk about these issues and not hush them up,” the Azerbaijani president said. 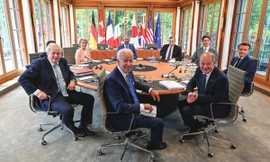 Leaders of the world’s seven advanced economies are gearing up to expand sanctions targeting Russ... 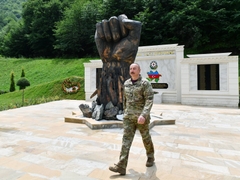 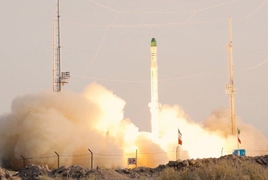 Iran has conducted the second test launch of a domestic satellite launch vehicle (SLV), the count... 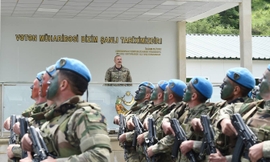 Azerbaijan launched another Commando Unit of the Armed Forces on June 26 amid the 104th anniversa...