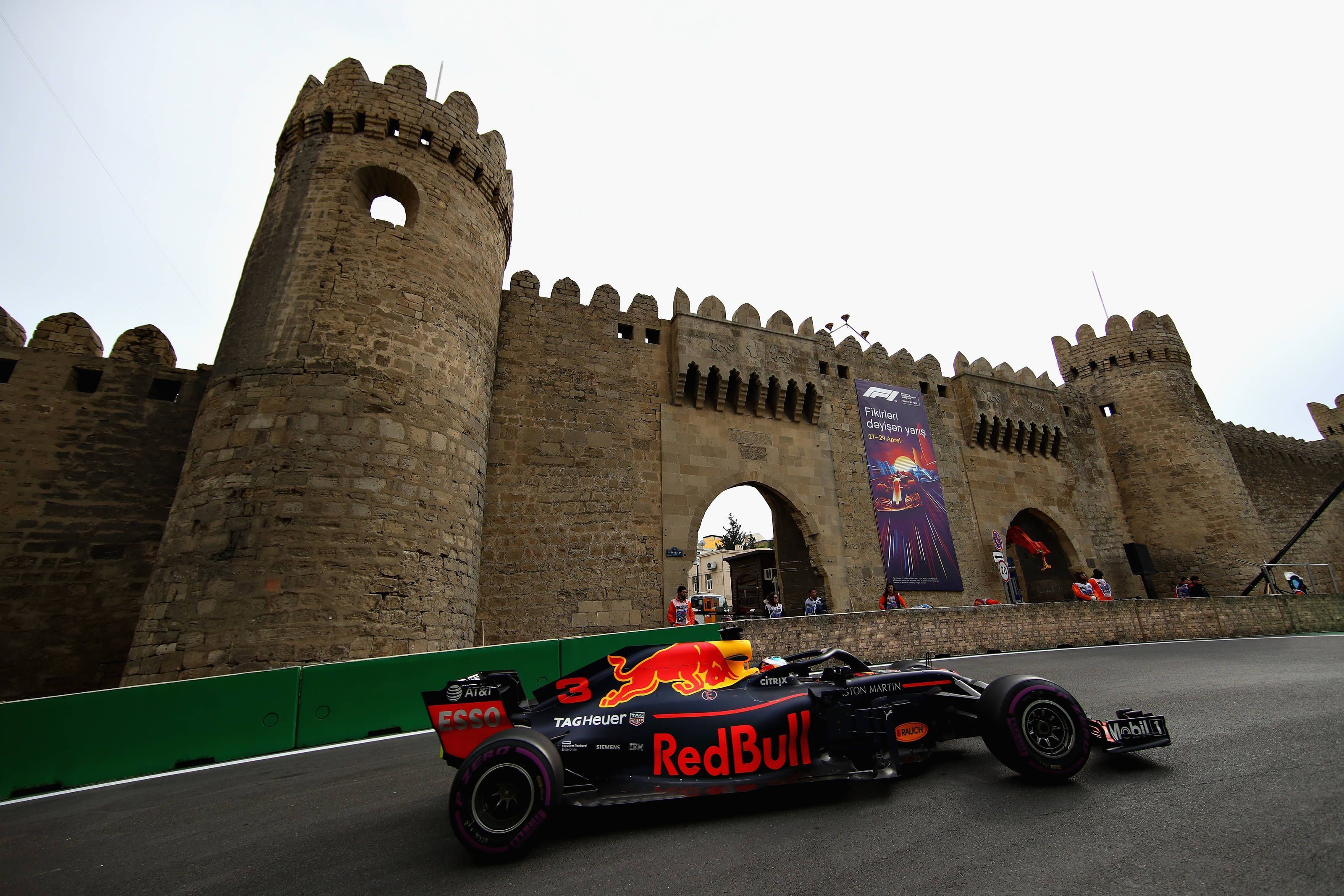 Along with many long straights that make it the "fastest street circuit in the world," the Baku circuit challenges the drivers with a very narrow section next to the walls of the Old City, a historical site in the center of Baku / Courtesy

Formula-1 fans will not be allowed in the Baku City Circuit racetrack to watch this year’s edition of the Azerbaijan Grand Prix. The organizers confirmed that the tournament will be held behind closed doors this June.

Following the cancellation of the last year’s competition due to the pandemic, Azerbaijan sets to return to the 2021 Formula-1 calendar on June 6, 2021. The seventh round of this year’s F-1 championships in Baku will not feature solemn opening and closing ceremonies, unlike the previous events.

The Baku City Circuit (BCC) operating company has officially confirmed the cancellation of post-race concerts. Officials from BCC said this year the company would reduce the duration of the race from four to three days.

BCC has already started accrediting media representatives who will cover the 2021 Azerbaijan Grand Prix. The deadline for registration is March 20, according to the company.

Meanwhile, Azerbaijan’s F1 contract was extended from 2023 to 2024 due to the pandemic that caused the cancellation of the 2020 Azerbaijan Grand Prix.

The first Formula One Grand Prix was held in Azerbaijan as the European Grand Prix on 2016 at the Baku City Circuit. A year later, in 2017, Baku City Circuit hosted the first Azerbaijan Grand Prix. The next episodes of the race in the country took place in April 2018 and April 2019. Last year's tournament was postponed in March 2020 in a joint decision by the officials at BCC, FIA, and the government of Azerbaijan.

The Baku City Circuit racetrack runs through several major streets of Baku, close to the main promenade on the Caspian Sea. Along with many long straights that make it the "fastest street circuit in the world," the Baku circuit challenges the drivers with a very narrow section next to the walls of the Old City, a historical site in the center of Baku. Measured 6.003 kilometers in length, the Baku City Circuit is the second-longest on the current F1 calendar after Spa Francorchamps (7.004km) in Belgium.

This year's F1 calendar kicked off on March 28 in Bahrain. The record-breaking 23-race 2021 schedule wraps up in the United Arab Emirates on December 12.

The 2021 F1 calendar also features the race in Russia scheduled for September 26 in the Black Sea coastal city of Sochi, where the country's only 5,848-meter long Sochi Autodrom racetrack is located. Postponement of the series of Grand Prix last year did not include the race in Sochi. On September 25-27, 2020, the city hosted the seventeenth round of the races, which saw triumph of Finnish pilot Valtteri Bottas.