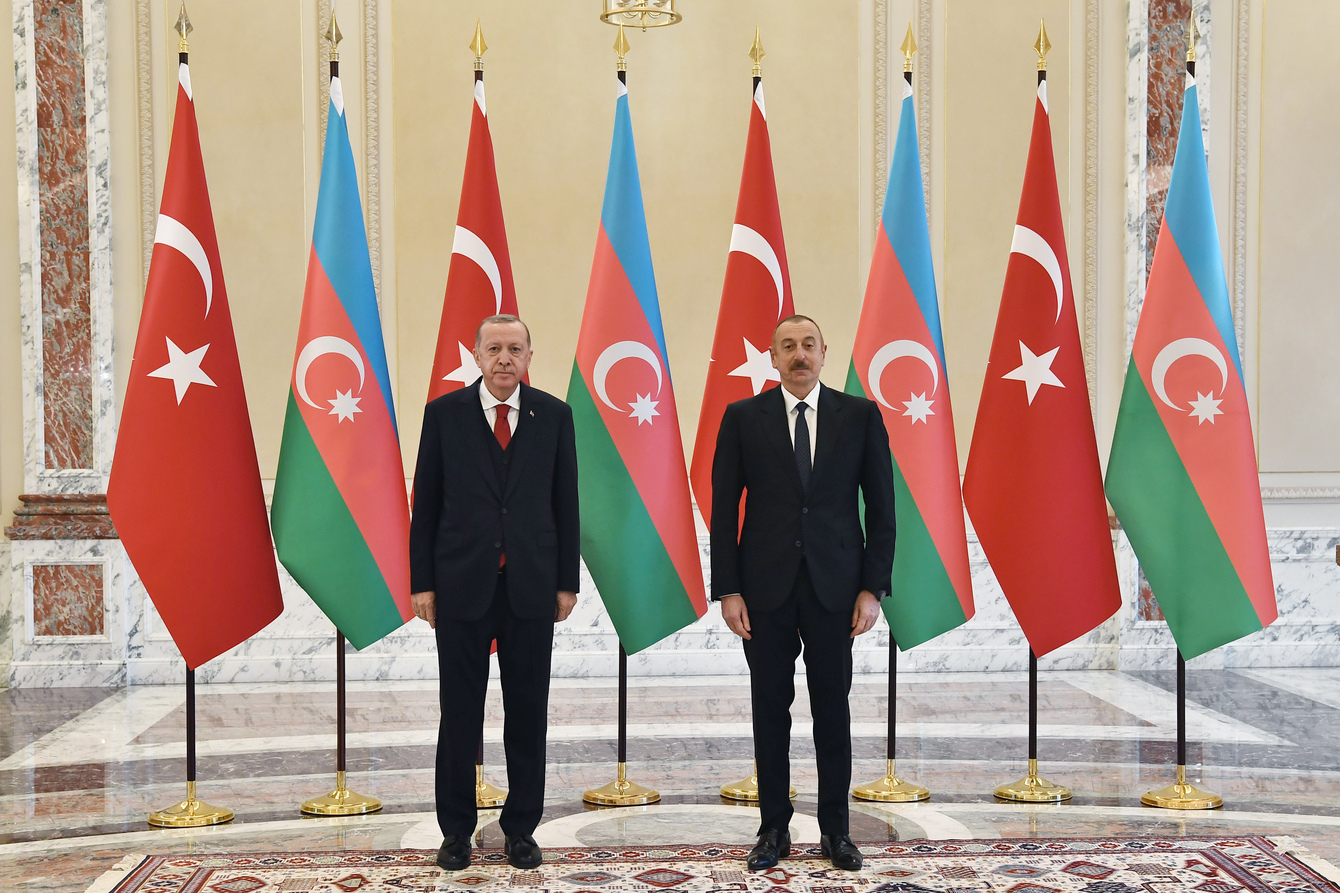 Authorities of Azerbaijan condemned the recognition of the so-called “Armenian genocide” by U.S. President Joe Biden vowing to support Turkey’s stance on this issue.

President Ilham Aliyev held Saturday a phone call with his Turkish counterpart Recep Tayyip Erdogan to voice Azerbaijan’s position with regard to the statement made by the U.S. leader. Noting that this decision was erroneous, President Aliyev called it a historic mistake. President Aliyev said Azerbaijan considered that statement unacceptable and was convinced that it significantly damaged the emerging cooperation trends in the region.

The Foreign Ministry of Azerbaijan issued a statement on the same day to call the statement an attempt that distorts the historical facts about the events of 1915.

“The events of 1915 should be studied by historians, not politicians. However, as it is known, Armenia, which wants to cover up the events and try to portray itself as an oppressed country, did not accept Turkey's proposal to investigate the events of that period by a joint historical commission,” the ministry said in a statement. “The falsification of history, attempts to "rewrite history" and its use for political pressure are unacceptable.”

U.S. President Joe Biden classified on Saturday the alleged events of 1915 as “genocide.” "We remember the lives of all those who died in the Ottoman-era Armenian genocide," he said.

“Words cannot change or rewrite history. We have nothing to learn from anybody in our own past. Political opportunism is the greatest betrayal to peace and justice,” he said.

The Foreign Ministry of Turkey called on the U.S. president to correct this “grave mistake” and “to support the efforts aiming to establish a practice of peaceful coexistence in the region, especially among the Turkish and Armenian nations, instead of serving the agenda of those circles that try to foment enmity from history.”

Turkey accepts that some part of Armenians living in the Ottoman Empire died in clashes during the First World War but calls for an open investigation into the figures claimed by Armenia and denies that a deliberate systematic massacre against Armenians took place. Turkish authorities have repeatedly called for opening the archives jointly with Armenia, a proposal that was adamantly rejected by the Armenian government. Armenian sources claim 1.5 million deaths as a result of the massacres that allegedly took place during the reign of the Ottoman Empire in 1915. While the historical facts prove that the number of Armenians living in the Ottoman territories was quite fewer than the claimed figures.

President Erdogan said he honored the memory of the Armenians of the Ottoman state who died in the difficult conditions of the First World War and expressed his condolences to their grandchildren. The culture of exemplary coexistence of the Turkish and Armenian people should not be forgotten, he added. Erdogan said the attempts to politicize historical events would not help put pressure on Ankara noting that the principles of good neighborliness and mutual respect should be the basis for developing Turkey-Armenia ties.

“We, on different occasions, have always stated that we stand ready to enhance our relations with Armenia on the basis of good neighborhood and mutual respect. We renewed this call of ours loudly once again after the Karabakh crisis had been resolved. I reiterate the same call,” he said in a message to the patriarch of Armenians in Turkey, according to a statement published on the Turkish president’s website.