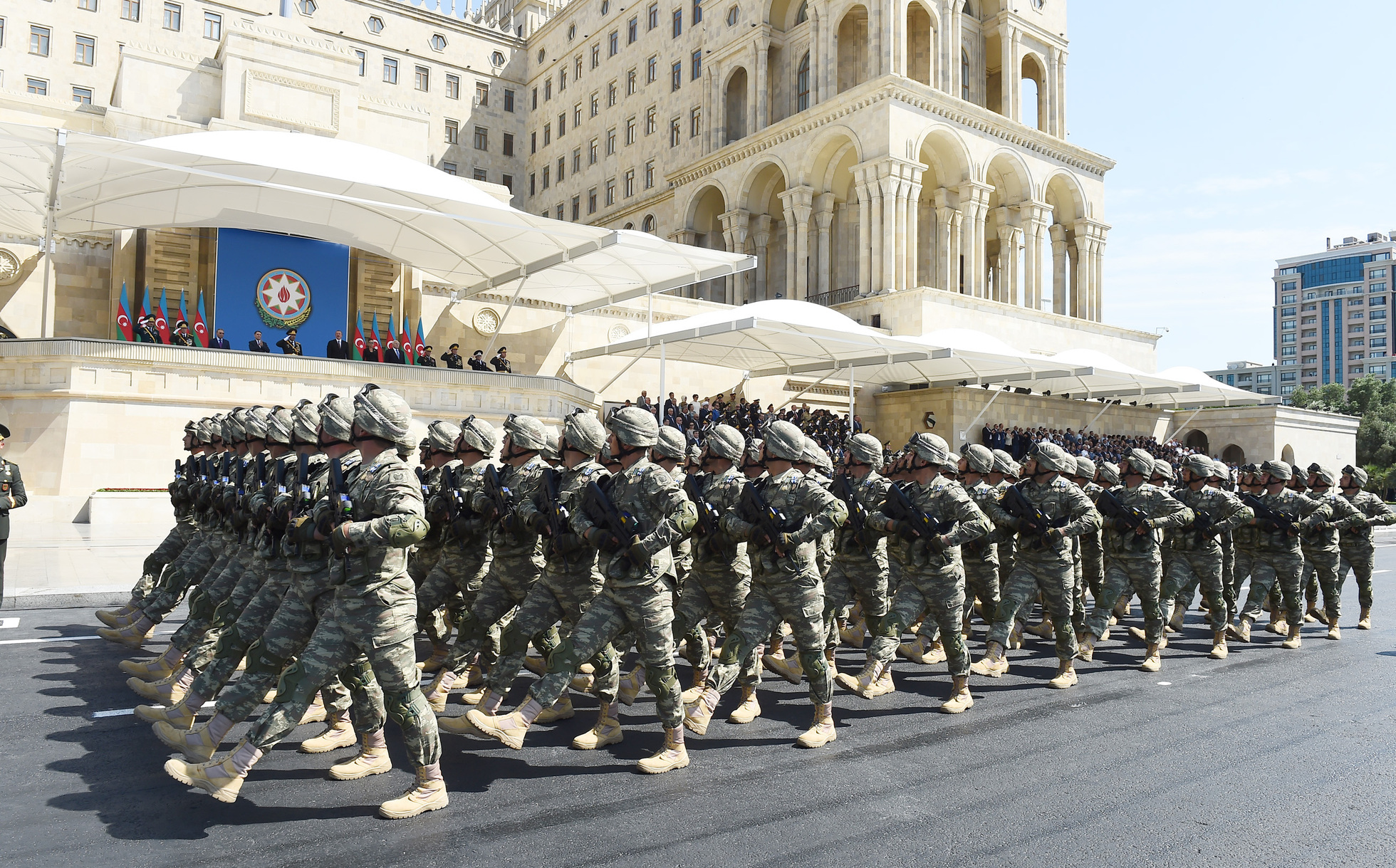 Azerbaijan today marks the 102nd anniversary of the creation of its armed forces. In 1998, the late Heydar Aliyev, former Azerbaijani president, established Armed Forces Day as one of the public holidays celebrated in the Caspian country.

The creation of the national army of Azerbaijan dates back to 1918 when the Azerbaijan Democratic Republic (ADR) was founded in the wake of the fall of the Russian Empire. The newborn republic needed an army that would safeguard both the internal order and borders of the country against external threats. The national army was established after ADR’s adoption of the Declaration of Independence, which ushered in a short-lived but independent state, calling and identifying armed forces as one of the pillars of the national statehood.

On June 26, 1918, the ADR, which is considered the first democratic republic in the entire Muslim world that allowed women to vote in elections, announced the creation of the national armed forces. Around 25,000 soldiers were recruited and the government allocated 24 percent of the state budget for military purposes. By August 1 of the same year, the newly established Military Ministry took over the armed forces. The first military parade of the national army took place in 1919.

The modern armed forces of the Republic of Azerbaijan are comprised of the Land Forces, the Air and Air Defense Forces and the Navy. The National Guard, the State Border Service and the Internal Troops of Azerbaijan are considered associated forces.

Global Firepower (GFP), a website that provides data on and ranks national militaries around the world, ranks the Armed Forces of Azerbaijan as the strongest in the South Caucasus region, which also includes Armenia and Georgia. In its 2020 data, GFP identifies Azerbaijan as the world’s 64th strongest military among 138 countries worldwide and the strongest in South Caucasus, as it puts Georgia and Armenia at 89 and 111 respectively. The defense budget for 2020 is around $2.27 billion, meaning 20.9 percent or $392 million more than in 2019.

“The most modern weapons and equipment are purchased for our army and its combat capability is increasing. We are doing and will continue to do everything necessary for our army,” Azerbaijan’s President Ilham Aliyev said at the opening of a Special Forces military unit last year.

Azerbaijan also manufactures some of its own arms, including the Istiglal and Mubariz-12.7 anti-materiel rifles, YIRTIJI-7.62, and Yalguzag sniper rifles, and vehicles such as the Tufan mine-resistant ambush protected (MRAP) vehicle. More than 20 military plants produce 1200 types of military products and equip the national army. At the same time, Azerbaijan has already started exporting military products.

The most recent full-fledged escalation of war between Armenia and Azerbaijan since the 1994 ceasefire deal took place from April 1-4, 2016. What was later dubbed the April War or Four Day War erupted as a result of a midnight attack by Armenian forces on Azerbaijani villages and civilian settlements located close to the so-called line of contact in the occupied Nagorno-Karabakh region. As a result of the Four Day War, Azerbaijan liberated two strategic hills, a village, and a total of about 2,000 hectares (approximately 5,000 acres) of land which were occupied by Armenia during the war.

In June 2018, the Armed Forces of Azerbaijan regained control of roughly 11,000 hectares (27,000 acres) of land that Armenia had been occupying in Nakhchivan, an exclave in the southwest of Azerbaijan bordered by Armenia, Iran and Turkey.