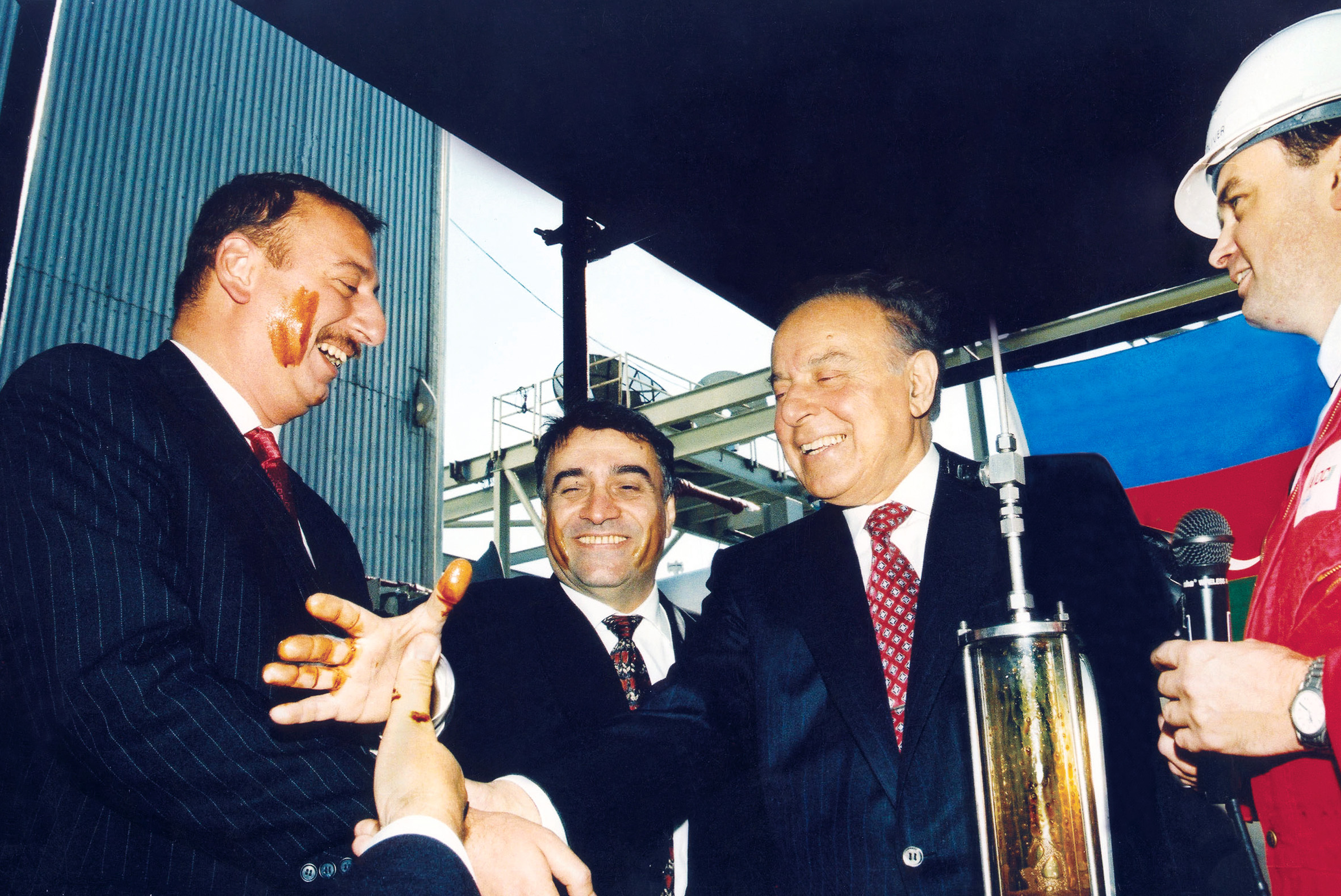 September 20 marked the 25th anniversary of what has been dubbed “the contract of the century” – the agreement to explore and develop the giant Azeri-Chirag-Guneshli oil field in the Caspian Sea, which has transformed Azerbaijan’s economy over the past quarter-century.

In 1994, only three years after the collapse of the Soviet Union, the government of Azerbaijan, led by former President Heydar Aliyev, and 11 foreign companies, including BP, Amoco, Unocal, Exxon and Statoil, agreed to develop the largest oilfield in the Azerbaijan sector of the Caspian basin. The production sharing agreement signed that year became Azerbaijan’s first major post-Soviet investment from Western multinationals.

Discovered in the early 1970s, the Azeri-Chirag-Guneshli (ACG) is still the largest oilfield in the Azerbaijan sector of the Caspian. Lying beneath 120 meters of water about 120 km east of Baku, it comprises a series of individual “reservoir horizons” located 2,000–3,500 meters beneath the Caspian seabed. It is tapped through six production platforms – Chirag 1, Central Azeri, West Azeri, East Azeri, Deepwater Gunashli, and West Chirag. The bloc also includes two process, gas compression, and water injection and utilities platforms.

Ali Hasanov, an aide to Azerbaijan’s president, says the 1994 deal has transformed the former Soviet republic into a confident hydrocarbon producer and supplier.

“Thanks to ‘the contract of the century’, Azerbaijan was able to obtain the financial resources and advanced technologies necessary for its future development, and as a result, our country has become an integral part of the global economy,” he wrote in his article published by Novosti-Azerbaijan.

Azerbaijan, a country located on the western edge of the Caspian Sea and bordering Russia to the north and Iran to the south, is rich in oil and natural gas. According to data compiled by the U.S. government its proved oil reserves are estimated to be seven billion barrels, or about one billion metric tons, putting it at number 18 globally and ahead of Mexico, India, Norway, Sudan and the European Union.

As of this year the field, which is responsible for around 80 percent of Azerbaijan’s total overall crude oil production, absorbed nearly $36 billion in investments, with total production peaking at 3.6 billion barrels. The field is currently producing around 550,000 barrels per day, which is exported to world markets mainly via the Baku-Tbilisi-Ceyhan and Western Route Export Pipeline (Baku-Supsa) routes.

The field is critical to Azerbaijan’s economic and national security, as more than 50 percent of the state budget’s revenues come from oil sales. According to government data, ACG’s output brought Azerbaijan nearly $135 billion in revenues from 2001 to 2018.

ACG’s successful development resulted in an extension of the original contract. In 2017, the government in Baku and the consortium of oil companies managing the field renegotiated the agreement.

The updated agreement extends to 2050 and has allowed for more profitable terms and conditions for Azerbaijan, which will receive a $3.6 billion bonus from the international partner companies on the project. The state-owned oil company SOCAR now holds a 25 percent stake, up from just 11.6 percent, while Azerbaijan's direct share in profitable oil amounts to 75 percent.

Although Azeri-Chirag-Guneshli is Azerbaijan’s largest oil and gas project, the country owns some other big energy-related projects.

Shah Deniz is one of the world’s largest gas condensate fields which will help supply Europe with energy resources via the Southern Gas Corridor. Beginning sometime in 2020, 10 billion cubic meters (bcm) of natural gas will be supplied each year to Europe, enough to power 10 million homes, while additional 6 bcm of gas per year is already delivered to Turkey through the corridor.

Meanwhile, to celebrate “the contract of the century,” the government of Azerbaijan has proclaimed September 20 Oil Workers Day. President of Azerbaijan Ilham Aliyev congratulated Azerbaijani oil workers on the occasion, stressing the importance of their work for the country.

"The profession of oil workers has always been a highly respected in Azerbaijan," President Aliyev said Friday while addressing an event dedicated to the 25th anniversary of the 1994 deal. "It is being respected today and things will be the same tomorrow. Azerbaijani oil workers have done a great job and made a great contribution so that our country's economic power could grow."