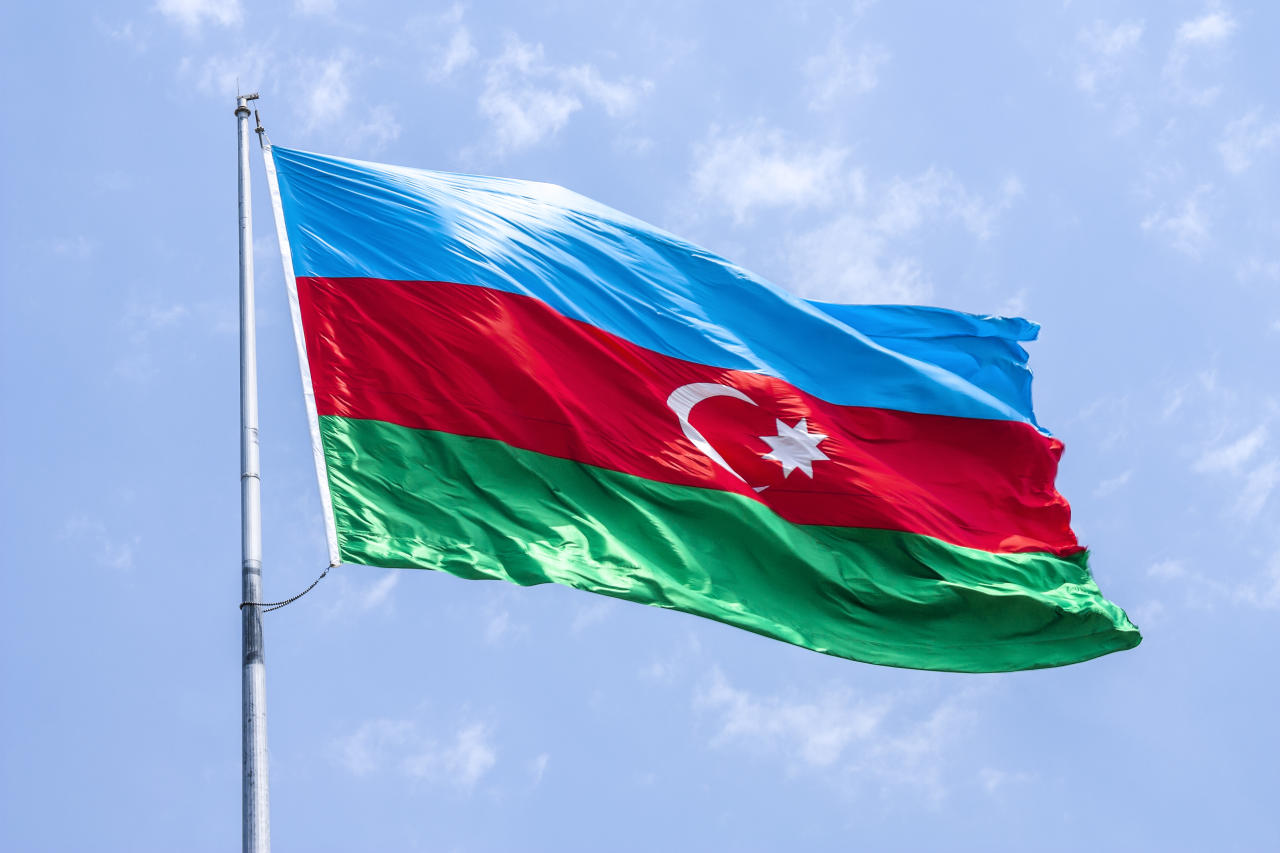 The flag of Azerbaijan is a horizontal tricolor featuring three equally sized fesses of blue, red, and green, with a white crescent and an eight-pointed star in the center. The flag symbolizes the Turkic origin of Azerbaijanis (blue), progress and modernity (red) and Islamic belief in the Caspian country (green).

“From the very first days of its existence, the Azerbaijan Democratic Republic, based on the principles of the people's power and the equality of people, gave the same rights to all citizens of the country, eliminating the race, nationality, religion, and social inequality.”

The Azerbaijan Democratic Republic (ADR) lasted 23 months, at a time when the country had a population of about 4.6 million and a territory of 114,000 square kilometers (44,000 square miles), before being occupied by the Bolsheviks on April 28, 1920. Centered on a secular, parliamentary rule that was based on universal, free and proportionate representation, the ADR established the traditions of a parliamentary republic amongst the Muslim and Turkic nations.

In June of 1918, the ADR government raised the national flag, established the national army and announced the Azerbaijani Turkic language as the official state language of the newborn republic. Baku State University was established, becoming a large education and scientific center that formed the first European style school in the entire Muslim East.

The national flag was first designed depicting a white crescent and a white eight-pointed star on a red background. By November, the government changed it to the modern-day tricolor: blue, red and green bands with a white star and crescent. The flag symbolizes the Turkic origin of Azerbaijanis (blue), progress and modernity (red) and Islamic belief in the Caspian country (green).

While the United States and some Western European countries had not yet allowed women to vote, ADR leadership granted unrestricted suffrage to women in 1918.

The government had attached significant importance to foreign relations for the newly formed ADR to gain legitimacy. The Ottoman Empire became the first foreign power to sign a bilateral friendship agreement, while European countries and the United States recognized the ADR at the Paris Peace Conference in 1919. A delegation led by the Chairman of the Parliament Alimardan bey Topchubashov met a member of the U.S. delegation, Henry Morgenthau, and U.S. President Woodrow Wilson in Paris.

“There [the Paris Peace Conference] came in a very distinguished group of gentlemen from Azerbaijan,” Wilson wrote later recalling the meeting. “I was talking to men who talked the same language that I did in respect to ideals, in respect to conception of liberty, in conceptions of rights and justice.” 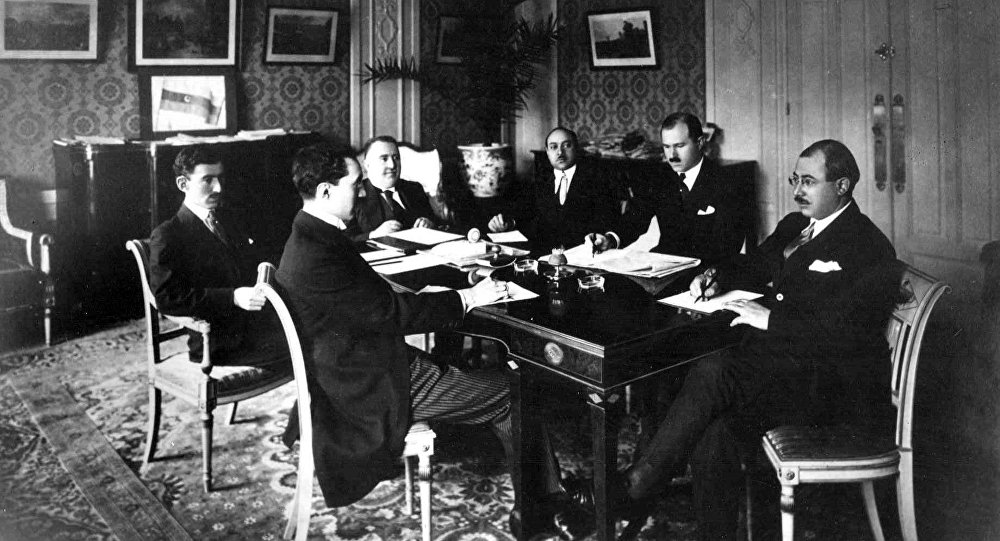 Azerbaijani delegation in Paris at the Claridge hotel during the Paris Peace Conference in 1919. The mission was led by Alimardan bey Topchubashov (sitting in the middle), chairman of the parliament / State Archive of Azerbaijan Republic

Although it was based on high aspirations and modern-day ideals, the newly-formed state did not last long. Bolshevik forces took over on April 28, 1920, declaring Azerbaijan a Soviet Socialist Republic.

The modern-day Republic of Azerbaijan, which regained the independence from a collapsed Soviet Union 1991, identifies itself as the successor to the ADR.

“Even though the Azerbaijan Democratic Republic had collapsed without achieving its goals fully as due to being exposed to an aggression, the idea of independence, which it has established in minds, was not forgotten,” President Aliyev said in his order to honor the centennial. “The Azerbaijani people have been able to preserve many of the national statehood attributes [created by the ADR] during the past period.”