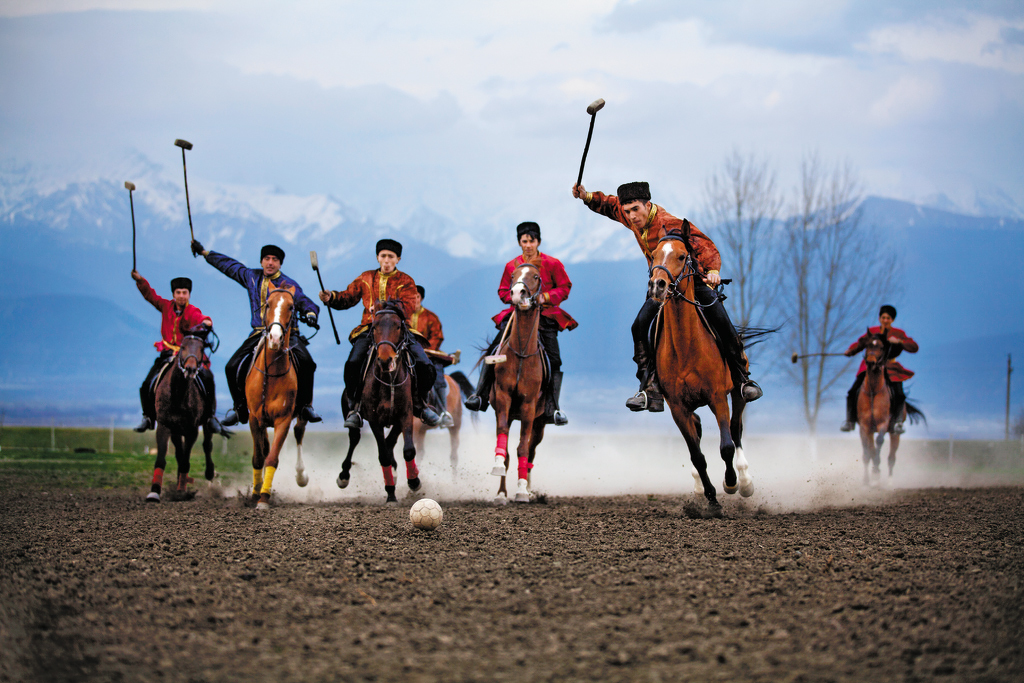 Azerbaijan is known to be the regional home to polo’s ancestor, called chovgan, which roots back to between the sixth century BC and first century AD. / Unesco.Preslib.Az

The Seventh Arena Polo World Cup will be held on September 13-15 in the capital city of Baku, with the participation of teams from Azerbaijan, Russia, Germany, and Switzerland squaring off for the top prize of the tournament.

Azerbaijan will be represented in what is one of the world’s oldest sports games by Elite Horse & Polo Club Baku, while members of the "Evviva Polo Club St. Moritz" will be competing for Switzerland, according to Oxu.az. Los Nocheros Polo Club Münster and Planernaya Polo Club Moscow will be performing on behalf of Germany and Russia respectively.

The first match of the tournament will take place between the jockeys from Azerbaijan and Switzerland on September 13. The German and Russian sportsmen will take the pitch in the second game of the same day.

The Swiss and Deutsch horsemen will be the first pair playing on September 14, as the Azerbaijani and Russian equestrians are scheduled to play the second match of the day.

The two strongest teams that will be defined in the wake of previous games will be squaring off against each other in the crucial final game of the Seventh Arena Polo World Cup in Baku on September 15.

Azerbaijan Equestrian Federation is the main sponsor and organizer of the three-day tournament. The venue of the world cup is Elite Horse & Polo Club, an equestrian complex located about 25 kilometers from the center of Baku. Now in its seventh year, the Arena Polo World Cup came to life in 2013 in Baku, when the team of Azerbaijan and an international team took the challenge.

Azerbaijan is known to be the regional home to polo’s ancestor, called chovgan, which roots back to between the sixth century BC and first century AD. As it was played on horseback, meant to be a costly endeavor, chovgan was quite popular among the aristocracy in Azerbaijan. They have traditionally played the game with Karabakh horses, a world-renowned horse breed that was raised in Azerbaijan’s Nagorno-Karabakh region. Karabakh horses are currently bred in other regions of Azerbaijan, as the Nagorno-Karabakh region, which is internationally recognized as part of Azerbaijan, has been occupied by neighboring Armenia since the early 1990s. Karabakh horses are considered Azerbaijan's national treasure and are trained for chovgan’s modern-day equivalent, polo.

Following the Seventh Arena Polo World Cup, the equestrian federation of Azerbaijan will kick off preparations for the 13th Federation of International Polo (FIP) European Championship on September 10-20 in 2020.