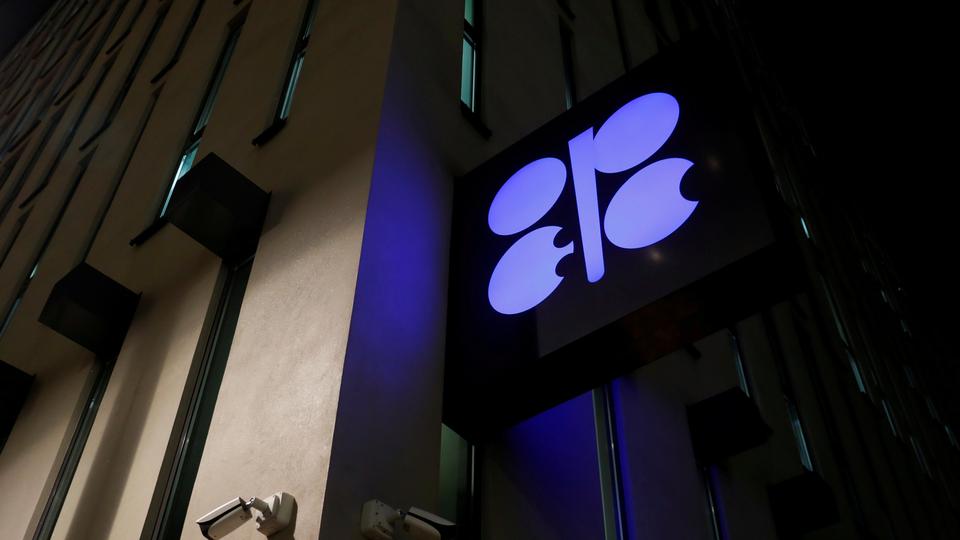 OPEC+ alliance's meeting on Thursday has ended up with a long-awaited deal to reduce oil production by 10 million barrels per day in May and June, the biggest output cut ever agreed by the oil cartel. / Reuters

Baku has expressed its readiness to support a historic agreement reached earlier this week that would see Organization of the Petroleum Exporting Countries (OPEC) and other non-OPEC oil-producing countries cut production in an effort to stabilize an ailing oil market.

A statement released by Azerbaijan's energy ministry on Friday revealed that the country is one of the ten non-OPEC states that have agreed to deal. Under the new agreement, Azerbaijan would be expected to reduce its output by 164,000 barrels per day for the next two months.

‘‘During this period, Azerbaijan should keep average daily crude oil production at a level that not exceeds 554,000 barrels,’’ the ministry’s website quoted the document as saying, adding that the country would have to maintain daily oil production at the level of 587,000 barrels during the July-December period and 620,000 barrels between January 2021 and April 2022.

News of Azerbaijan's commitment to the deal came after OPEC and its non-member partners, also referred to as the OPEC+ alliance, held a virtual meeting, which resulted in participating countries reaching a much anticipated deal to reduce oil production by 10 million barrels per day in May and June, the biggest output cut made by the cartel to date.

The recent deal is expected to put an end to a brutal price war between Saudi Arabia and Russia that started in early March after officials in Moscow rejected the OPEC’s demand to further cut production. Russia’s refusal caused the end of the three-year partnership between OPEC and major non-OPEC providers and prompted a crash in Brent crude prices of more than 30 percent.

Yet, the global oil deal faces the risk of collapse after Mexico refused to commit to its full share of cuts. Mexican officials said the country could only reduce its production by 100,000 barrels per day — a figure that is significantly lower than the amount of 400,000 barrels per day which was proposed by other oil producers.

As a result, meeting participants acknowledged in a statement that the final agreement is conditional on the country’s consent. On Friday, energy ministers from G20 countries again tried to push Mexico towards oil production cuts at an emergency meeting. Mexico’s quota, however, remained unresolved, with very scant details about concrete output cuts and any specific actions towards the country’s position.

‘‘We commit to take all the necessary and immediate measures to ensure energy market stability. We recognize the commitment of some producers to stabilize energy markets,’’ S&P Global cited G20 as saying.

The oil prices, however, tumbled after Mexico’s statements and because of doubts that the deal would not be enough to overcome the collapse caused by the coronavirus pandemic. International benchmark Brent crude fell 2.5 percent to close at $31.48 per barrel on Friday as US West Texas Intermediate (WTI) lost 7.6 percent to settle at $23.19 per barrel.

Some believe the deal will help oil prices recover once it comes online.

‘‘In general, the deal itself is a plus for all parties, because Azerbaijan, Russia and other countries would lose more at low prices,’’ said Gulmira Rzayeva, a Research Associate at the Oxford Institute for Energy Studies (OIES), adding that ‘‘everything above $40 per barrel is good for Azerbaijan.’’

‘‘Better to gain by oil prices than by export volumes,’’ she said in an interview with Vesti.Az.

Azerbaijan, a country located on the western edge of the Caspian Sea and bordering Russia to the north and Iran to the south, is rich in oil and natural gas. According to data compiled by the U.S. government its proven oil reserves are estimated to be seven billion barrels or about one billion metric tons, putting it at number 18 globally and ahead of Mexico, India, Norway, Sudan and the European Union.

The field is critical to Azerbaijan’s economic and national security, as more than 50 percent of the state budget’s revenues come from oil and gas sector of economy. According to government data, the output from the giant Azeri-Chirag-Guneshli oil field brought Azerbaijan nearly $135 billion in revenues from 2001 to 2018.

Earlier this week, Kazakhstan — which is the world’s ninth-largest crude oil exporter and a non-OPEC country — announced that the government would support any OPEC’s decision. At the same time, there were no official statements from the country after the agreement was reached on Thursday.

Along with some other countries, Kazakhstan agreed to reduce output for six months beginning January 1, 2017 — extendable for another six months. After Russia broke the three-year partnership with OPEC in March, officials in Nur-Sultan said was not planning to make any changes to the country’s oil output quotas.