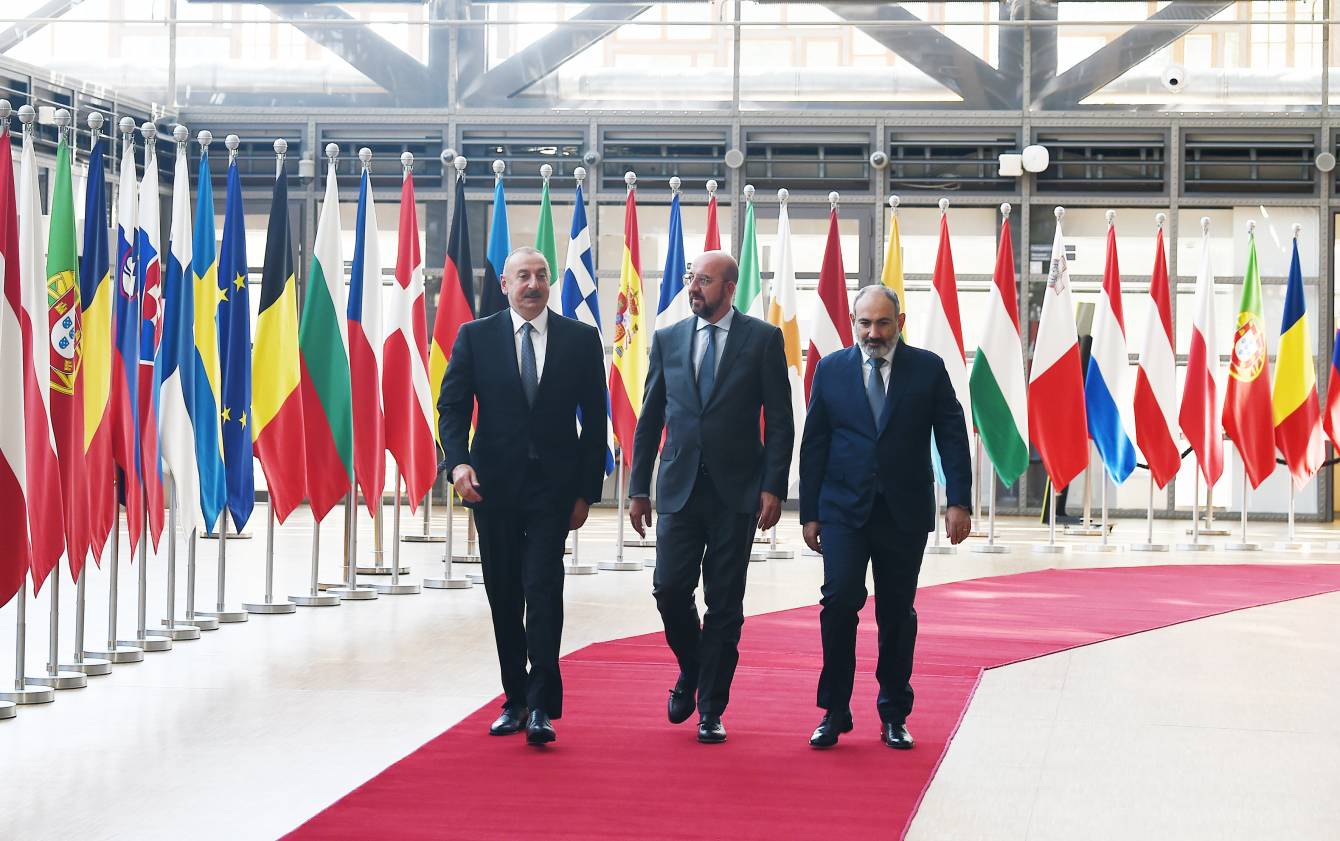 Armenian authorities are said to be preparing to sign a peace treaty with Azerbaijan and Yerevan-based media claim that Prime Minister Nikol Pashinyan has given a timetable to members of parliament for the deal to be done.

A three-day training session of the ruling "Civil Contract" party was held in the city of Dilijan with the participation of experts from the US-based National Democratic Institute. On the last day of the training on September 4, the prime minister joined the sessions, where he held a closed-door meeting with the parliament members of his party, Baku-based Caliber.Az news service reported, citing Armenian newspaper Hraparak.

“He informed them about the results of the Brussels meeting with [Azerbaijani President] Ilham Aliyev, also stating that a peace treaty with Azerbaijan should be signed by the end of the year,” the publication wrote.

The news from Yerevan came on the heels of President Aliyev's recent remarks in the Italian city of Cernobbio on September 2. On the occasion, the Azerbaijani president expressed his hope that Armenian authorities could facilitate the signing of a peace agreement, which Baku has been calling for nearly two years since the 2020 war.

“We said that we needed peace. We need a peace agreement, and it took almost two years for Armenia to agree to that. So, I think this is one of the most important outcomes. Of course, a lot will depend on how these peace talks go, the timetable, and the substance,” President Aliyev told Italian “Il Sole 24 Ore” newspaper.

“I think that we can finalize and sign a peace agreement within several months. I think this is realistic if the Armenian side expresses the same will because we introduced five basic principles on which the peace agreement should be based, and Armenia accepted them.”

Earlier on August 31, Azerbaijani and Armenian leaders met in Brussels in a meeting mediated by European Council President Charles Michel to discuss key issues on the mutual agenda, including the peace treaty. During a post-meeting press briefing, Michel said that the two sides agreed to task foreign ministers to meet within one month for working on draft texts of the peace agreement.

Armenia and Azerbaijan had been locked in a decades-old armed conflict over the latter’s Karabakh (Garabagh) region. Following the Soviet Union’s dissolution in 1991, Armenia launched full-blown military aggression against Azerbaijan, marking the longest and deadliest war in the South Caucasus region. The bloody war ended with a ceasefire in 1994, which saw Armenia occupying 20 percent of Azerbaijan’s internationally recognized territories. Over 30,000 Azerbaijanis were killed, 3,890 went missing, and one million others were expelled from their lands in a brutal ethnic cleansing policy carried out by Armenia.

On September 27, 2020, the Armenia-Azerbaijan conflict spiraled into the largest clashes since the first war when Armenia’s forces deployed in the occupied Azerbaijani lands shelled military positions and civilian settlements of Azerbaijan. During the counter-attack operations that lasted 44 days, Azerbaijani forces liberated over 300 settlements, including the cities of Jabrayil, Fuzuli, Zangilan, Gubadli and Shusha, from nearly 30-year-long illegal Armenian occupation. The war ended with the signing of a tripartite statement by Armenia, Azerbaijan and Russia on November 10, 2020. Under the agreement, Armenia also returned the occupied Aghdam, Kalbajar and Lachin districts to Azerbaijan.