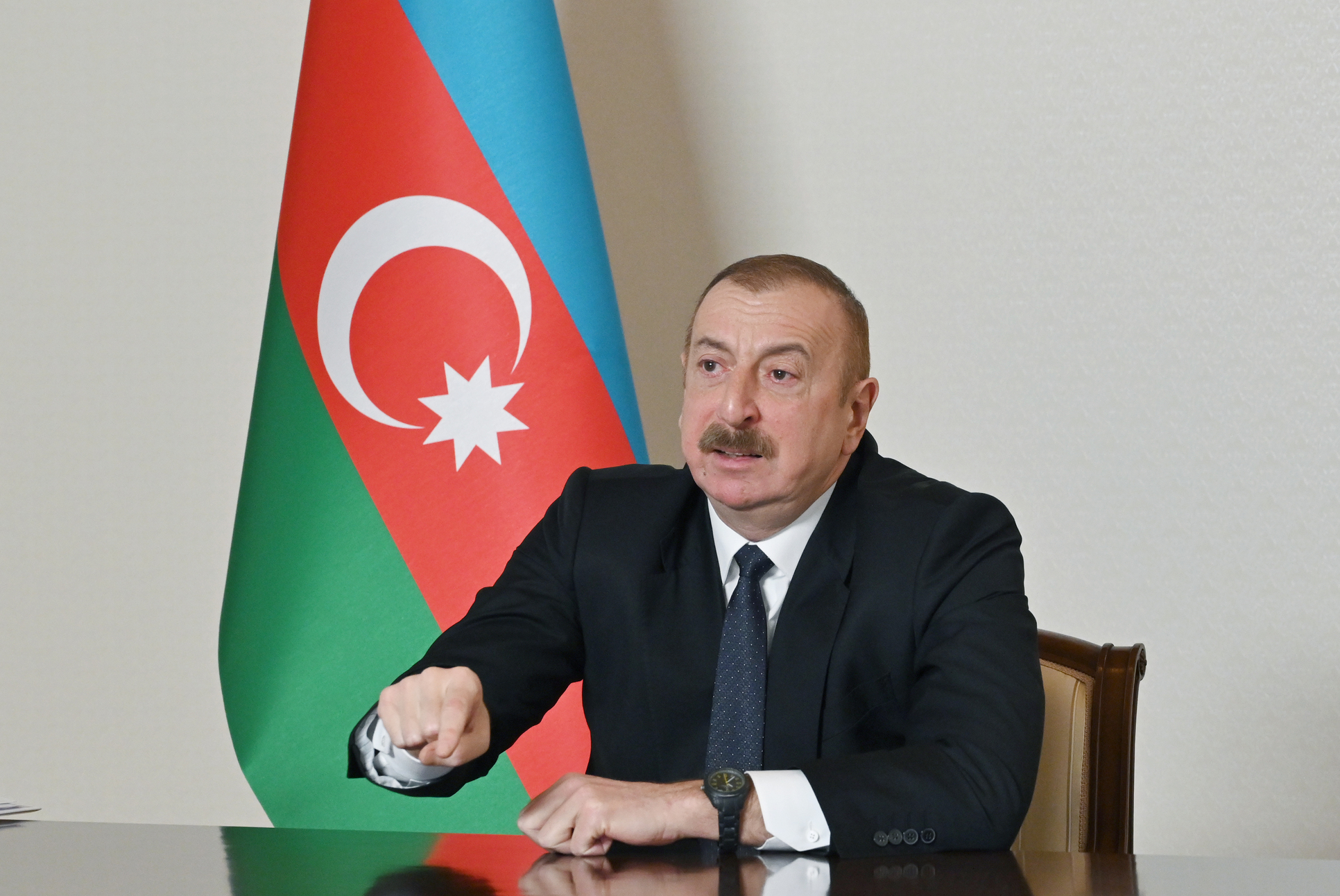 Armenia and Azerbaijan have launched negotiations for restoring mutual communication links that have been broken since Armenia launched military aggression against Azerbaijan nearly three decades ago.

President Aliyev believes that the future of the regional development should be a top priority since Azerbaijan has liberated its internationally recognized territories and put an end to the decades-old Armenia-Azerbaijan conflict.

“We already started the process of negotiations on the opening of communications between Armenia and Azerbaijan. That was part of the statement which was signed on November 10,” the head of Azerbaijan said, according to a statement issued by the president’s official website.

“Negotiations already had several rounds, at different levels and I think that this particular issue can be a starting point for completely turning the page of war and leaving it to the history.”

All regional countries would benefit from the restoration of communications since it could create new opportunities and enhance the dynamics of regional cooperation in many areas, according to President Aliyev.

Tensions between Armenia and Azerbaijan go back decades, with anti-Azerbaijan sentiments in Armenia started growing in the late 1980s due to Armenia's illegal claims for the Nagorno-Karabakh (Daghlig Garabagh) region of Azerbaijan. Following the Soviet Union’s dissolution in 1991, Armenia launched a military campaign against Azerbaijan that lasted until a ceasefire deal was reached in 1994. As a result, Armenia occupied 20 percent of Azerbaijan’s internationally recognized territories, including the Nagorno-Karabakh region and seven surrounding districts. Over 30,000 ethnic Azerbaijanis were killed and one million were expelled from those lands in a brutal ethnic cleansing policy conducted by Armenia. Although the UN Security Council adopted four resolutions in 1993 demanding the immediate withdrawal of the occupying forces from the Azerbaijani lands and the return of internally displaced Azerbaijanis to their native lands, Armenia failed to comply with all four legally binding documents.

Azerbaijan completed its task by liberating its territories and implementing the resolutions of the UN Security Council and decisions of OSCE as a result of the last year’s 44-day-long war, President Aliyev said during the latest meeting with the OSCE’s top official.

In addition to announcing a complete ceasefire, the tripartite statement highlighted the restoration of all economic and transport links in the region.

Armenia agreed to guarantee the safety of transport links connecting Azerbaijan’s western regions and the Nakhchivan Autonomous Republic. Nakhchivan is a landlocked exclave of Azerbaijan surrounded by Armenia, Iran, and Turkey, which is not connected with mainland Azerbaijan via direct overland routes.

Nakhchivan became an exclave separated from the Azerbaijani mainland after the Soviet occupation of the South Caucasus region in 1920. Following the region’s incorporation, Soviet rulers inked a decision to transfer some of Azerbaijan's territories, including its historic region of Zangezur, which borders Nakhchivan, to the newly-created Armenian state. Armenia’s military aggression against Azerbaijan in the early 1990s aggravated Nakhchivan’s isolation. All kinds of energy, electricity, and transport connections, including highways and railways to and from Nakhchivan was closed by Armenia. Currently, overland and air connections with Nakhchivan are available either via Iran in the south or through Turkey in the west.

In an earlier address on March 7, President Aliyev said the Armenian side tried to hinder the realization of the corridor.