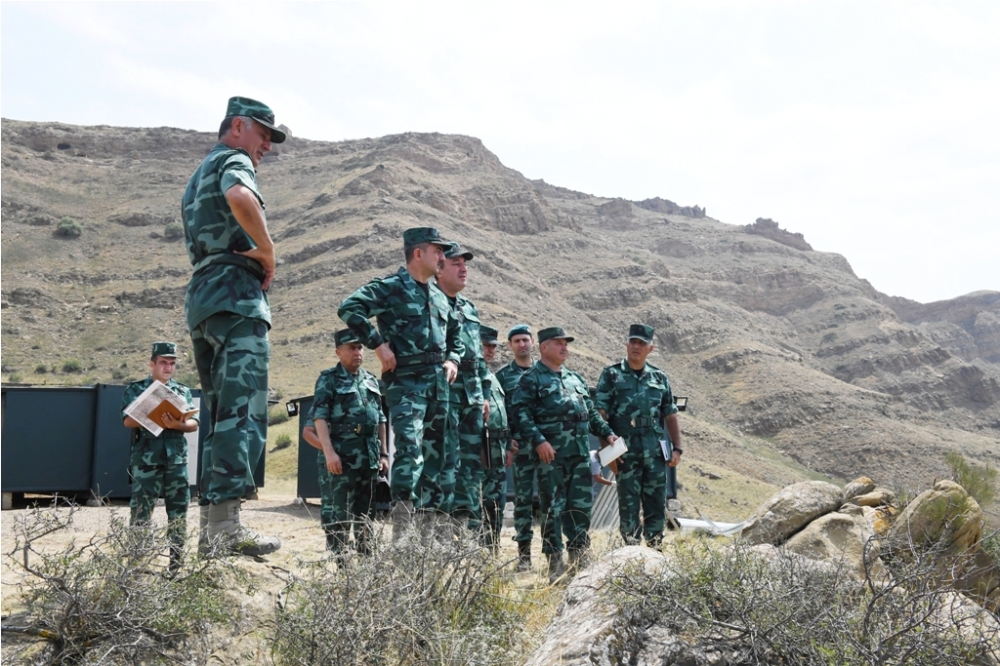 Within the last two months, the Armenian military killed four soldiers guarding the borders of Azerbaijan in the far western Gazakh district, which lies on the border with Armenia. / Courtesy

The foreign ministries of Armenia and Azerbaijan sparred this week over the issue of security, with Baku responding to a statement issued from Yerevan that accuses the Azerbaijani military of destabilizing the region.

Leyla Abdullayeva, a spokesperson for the foreign ministry in Azerbaijan’s capital Baku, said that it is Armenia that threatens security, citing the killing of Azerbaijani border guards over the past few weeks.

“Once again, we bring to the attention of the Armenian side that the current status-quo established as a result of the use of force and ethnic cleansing [by Armenia], is in no way connected with the concept of security,” Abdullayeva explained in a written statement issued on March 10.

"The occupied territories of Azerbaijan and the presence of the Armenian armed forces on these territories are the source of the main threat to the security of Azerbaijan. Azerbaijan has always advocated the universality and indivisibility of the concept of security.”

“The withdrawal of the Armenian armed forces from the occupied territories of Azerbaijan, as well as the further cohabitation of the Armenian and Azerbaijani population of the region in the conditions of peace and the rule of law, are the determinants of building trust and rapprochement in the name of ensuring the region’s common security and prosperity.”

Abdullayeva’s words were in response to statements that appeared in Armenian media on Tuesday in which officials in Yerevan accused Azerbaijan’s military of deliberate exacerbation of the security situation along the borders. She said Armenian diplomats have seemingly confused the reality of Armenia-Azerbaijan Nagorno-Karabakh conflict and their international obligations.

“The Armenian side must correctly understand the existing reality and follow the demands of the international community for the complete, unconditional and immediate withdrawal from the occupied territories of Azerbaijan, as well as the return of forcibly displaced Azerbaijanis to their homes, which is confirmed in the relevant UN Security Council resolutions and other numerous decisions of international organizations.”

“Let no one doubt that Azerbaijan will ensure the restoration of justice, as well as its own territorial integrity within its internationally recognized borders.”

As a result of the three-year bloody war that ended only with a ceasefire in 1994, Armenia forcibly occupied 20 percent of Azerbaijan's internationally recognized territory, which includes the Nagorno-Karabakh region and seven adjacent districts. The war claimed the lives of over 30,000 Azerbaijanis and expelled one million more from their homeland. In 1993, the United Nations Security Council passed four legally binding resolutions demanding Armenia to pull its armed forces back from the occupied territories, but all four go unfulfilled to this day.

Within the last two months, the Armenian military killed four soldiers guarding the borders of Azerbaijan in the far western Gazakh district, which lies on the border with Armenia. The last of the Azerbaijani conscript that fell to the Armenian bullet was Eltun Garayev, who was killed during a ceasefire breach by the Armenian armed forces stationed along the border.