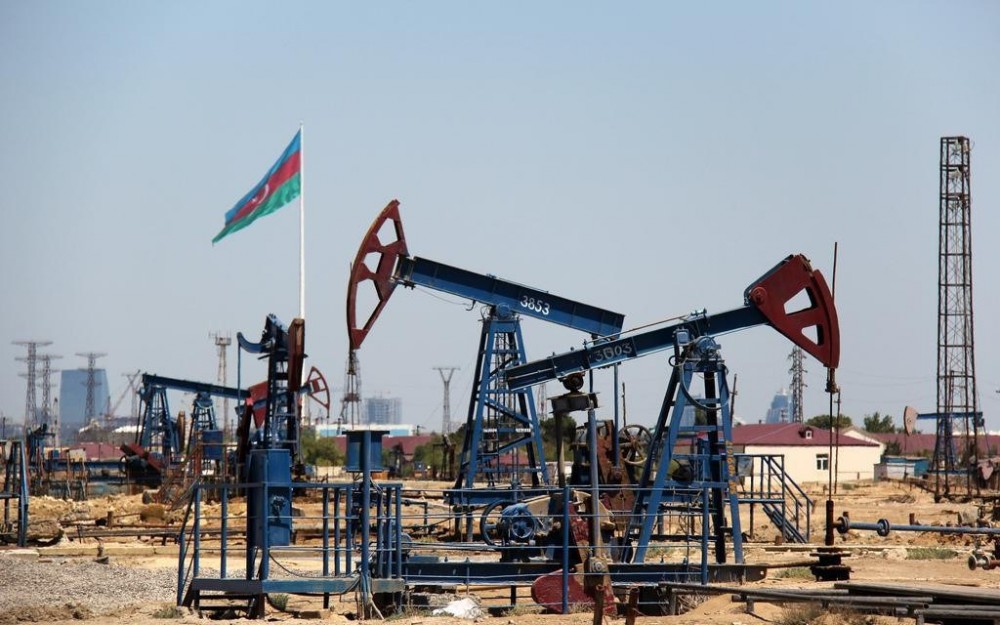 Azerbaijan has 7 billion barrels of proven crude oil reserves, according to data compiled by the US government / Azertag

Azerbaijan announced its decision to keep its current oil production at the same rate in April at the online 14th Ministerial Meeting of OPEC Plus countries on Thursday. Russia and Kazakhstan will increase daily output by 130,000 and 20,000 barrels per day, respectively.

According to the new agreement of OPEC and non-OPEC oil producers, the 123,000 barrels per day (bl/day) commitment of Azerbaijan to the global oil output cut will remain the same as in the first quarter of 2021. The country’s daily crude output in April will be 595,000 barrels.

The countries of OPEC+, an alliance that unites some of the world’s 13 major oil producers as OPEC members and 10 producers, including the Caspian Sea region’s Azerbaijan, Russia and Kazakhstan, as non-OPEC oil producers, will reportedly cut a total of 6.9 m bl/day in April. The group has confirmed the continuation of the same level of the reduction quota for the next month, except for Russia and Kazakhstan, who will be given the thumbs up to increase daily output by 130,000 and 20,000 barrels, respectively. Russia’s daily crude and condensate production in February was 10 million barrels, and Kazakhstan churned out slightly over 1.4 m bl/day in the same month.

Oil prices surged shortly after the OPEC+ actors agreed to keep a lid on the global daily oil output. Prices for international benchmark Brent crude jumped by $2.68 to reach $66.73 per barrel, while US West Texas Intermediate (WTI) crude gained $2.49 to trade at $63.78 per barrel as of Thursday. The price tag for a barrel of Azerbaijan’s Azeri Light crude grew by $2.95 to hit $67.70 on Friday.

Azerbaijani Energy Minister Parviz Shahbazov said that there are still risks despite the fact that the oil market is relatively balanced compared to previous periods, adding that a cautious approach to the regulatory process should be a priority.

“The current price increase is conditioned by a global conjuncture rather than demand for oil. An increase in oil prices becomes more sustainable when it's connected with the demand and based on the fundamental factors. In this regard, the optimal step in line with the real situation in the market is to postpone production adjustments," Shahbazov said in the virtual meeting of the OPEC Plus ministers.

Last year, the world’s energy superpowers agreed to remove 9.7 million barrels a day from the market through deliberate cuts made between May and June and later ease output cuts to 7.7 million bpd in an effort to stabilize a market that has been rocked by a price war and the coronavirus pandemic.

Under the initial agreement, production cuts would be further eased to 5.8 million bpd in January 2021 and remain at this level until the end of April 2022. However, in early December, OPEC+ agreed to increase production by 500,000 barrels per day in January, easing production curbs from 7.7 million bpd down to 7.2 million bpd.