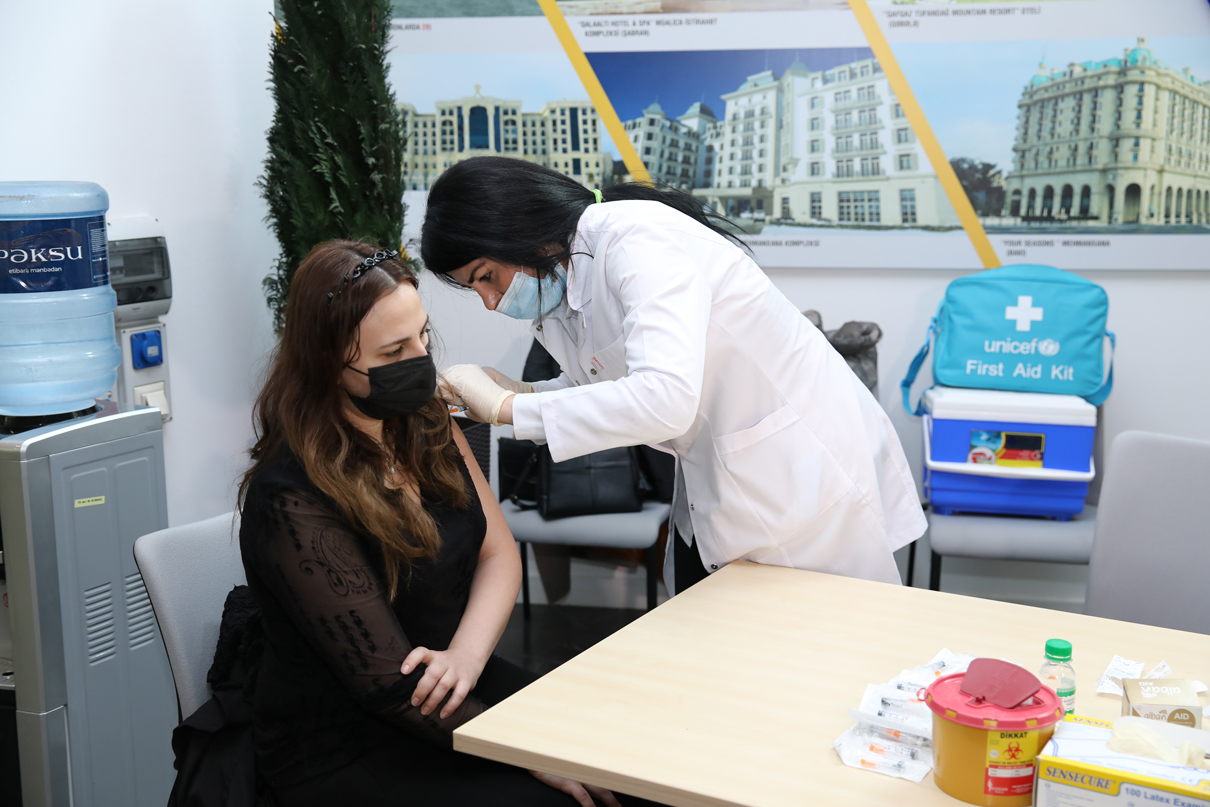 The number of COVID-19 vaccine doses administered in Azerbaijan surpassed two million on Tuesday, with the country’s government pushing forward its vaccination campaign.

The latest data compiled by the Operative Headquarters under the Cabinet of Ministers show that 2,021,371 jabs have been administered in Azerbaijan since the rollout of the vaccination campaign in mid-January.

More than 1.1 million people have received the first dose of a Covid-19 vaccine, while 862,740 residents completed their vaccination by getting the second dose. Most of them got inoculated with a Chinese-made vaccine, CoronaVAC.

Azerbaijan’s vaccination campaign is voluntary and government-sponsored. It should include two doses to complete the immunization and receive a vaccination passport. Residents can register for Covid-19 vaccination on an online platform launched by the state-run Agency for Compulsory Health Insurance.

The country purchased a total of 9 million doses of the CoronaVAC vaccine manufactured by the Chinese SinoVac Company, which was confirmed to be 92 percent effective. Four million jabs will be delivered via Turkey, while another 5 million have been purchased directly from China. China has already supplied the first batch of 500,000 jabs to Azerbaijan on April 1.

Meanwhile, the government also administered the use of other Covid-19 vaccine options along with CoronaVAC.

On April 4, 84,000 doses of Vaxzevria (formerly AstraZeneca) vaccines produced jointly by Britain and Sweden have been supplied from South Korea to Azerbaijan. A total of 432,000 jabs of the Vaxzevria vaccine are expected to arrive in the country by late May. Delivery of the vaccine is carried out within the COVAX initiative supported by Azerbaijan.

On May 2, Azerbaijan received the first batch of 40,000 doses of the Russia-made Sputnik V as part of the purchase agreement signed with the vaccine’s manufacturer in March. The overall number of Sputnik-V jabs to be delivered to the country is 300,000.

“Azerbaijan is one of the few countries in the world that has purchased a sufficient amount of vaccines for the population. There is no problem with the number of vaccines,” said Yagut Garayeva, Head of the Department of Disease Control and Prevention at TABIB.

Two types of immunizers, including one inactivated vaccine (CoronaVAC) and two vaccines developed on a vector platform (Vaxzevria and Sputnik V), are used in Azerbaijan. The third type of vaccine, the M-RNT or BioNTech / Pfizer, will be delivered to Azerbaijan in the coming days, Garayeva said. A total of 218,790 doses of the German-American Pfizer-BioNTech vaccine is expected to be supplied to the country.