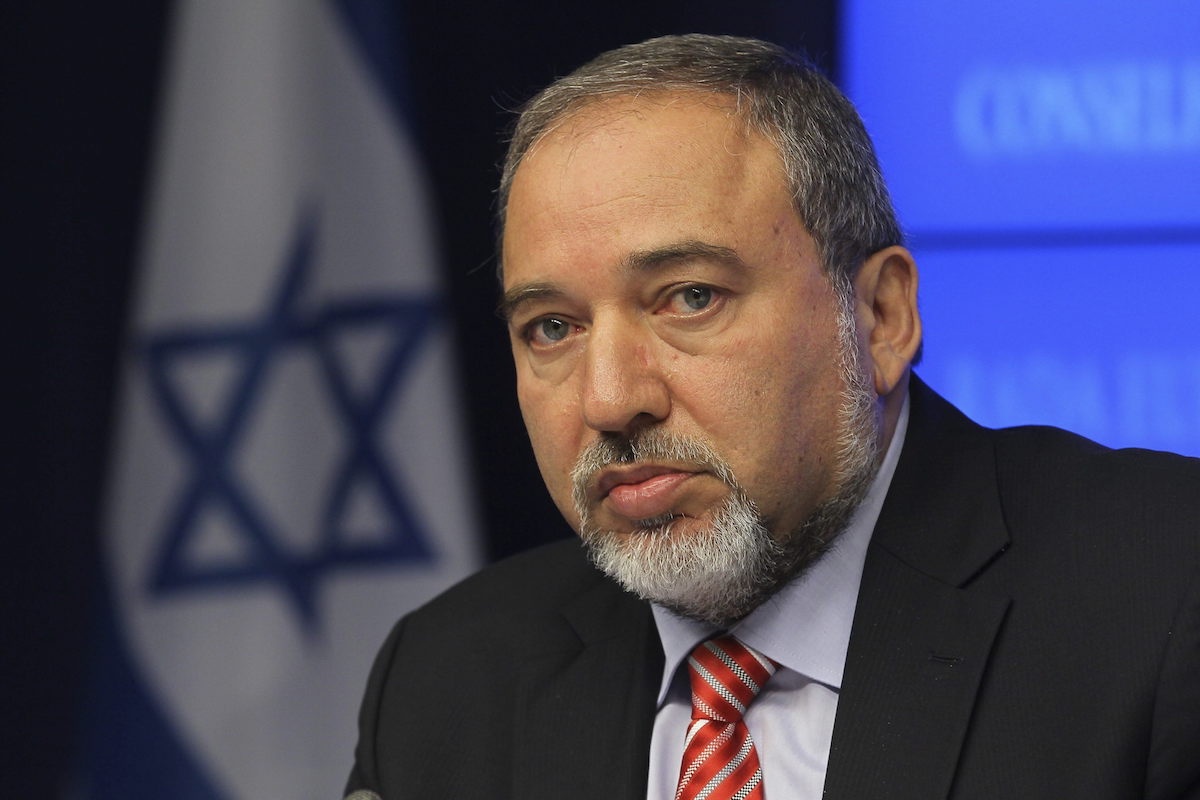 Avigdor Liberman considers Azerbaijan as a reliable and loyal partner of Israel and the deepening of the relationship between Israel and Azerbaijan as one of the main achievements of his term in office.

Israel has emerged as a strong supporter of Azerbaijan and its territorial integrity as the government and Israeli politicians repeatedly expressed their support for Azerbaijan over the years.

In an interview with Israel's Channel 9, Israeli political analyst Mikhail Finkel emphasized that Azerbaijan is liberating the occupied territories that belongs to Azerbaijan as intense fighting between the Caspian country and Armenia rage on.

"No country in the world has recognized the legality of this occupation," 1News quoted Finkel as saying on Saturday referring to Azerbaijan's Nagorno-Karabakh region and seven surrounding districts occupied by Armenia.

The decades-old conflict between the two South Caucasus countries reached its worst point since the ceasefire in 1994 when Armenia's armed forces deployed in the occupied Azerbaijani lands shelled Azerbaijani civilian settlements and military positions along the front zone on September 27. The fierce fighting has been ongoing over the past nine days with casualties on both sides. Azerbaijani authorities reported about 25 civilian deaths and 127 injuries in the wake of Armenia's missile attacks on Azerbaijani cities and villages, while did not reveal a number for military casualties.

Avigdor Liberman, Israeli politician who served as Israel’s foreign minister and defense minister, said that Tel Aviv's position on Nagorno-Karabakh has remained consistent for the last 25 years. Over the past years, Israel has repeatedly voiced strong support of Azerbaijan's territorial integrity, which is based on history and international law.

Speaking in an interview with Vesti Israel, Liberman said that "from the point of view of international law, historical facts and, most importantly, the interests of the State of Israel, the truth is on the side of Azerbaijan."

"I understand that each of the warring parties has its own vision of this long-standing conflict, its causes and driving forces," Vestnik Kavkaza quoted Liberman as saying on Wednesday. "The historical perspective shows that even before the creation of the Soviet Union, almost all the time Nagorno-Karabakh was a part of Azerbaijan."

As the Soviet Union began its process of dissolving, protests and then riots began there in 1988 and turned into a full-blown war in 1991, a war that ended three years later with Armenia occupying some 20% of Azerbaijan's internationally recognized territory. During that war, Armenia occupied an additional seven other regions adjacent to the Nagorno-Karabakh region, and the region declared itself an independent state, which no one has recognized. The war claimed the lives of 30,000 ethnic Azerbaijanis and displaced one million from their homeland.

Although the United Nations Security Council adopted four resolutions demanding the immediate withdrawal of the occupying forces from Azerbaijani lands and the return of internally displaced Azerbaijanis to their ancestral lands, Armenia has failed to comply with all of the legally binding documents. The Nagorno-Karabakh conflict continues to threaten regional peace and stability. Efforts of the OSCE Minsk Group, a special mediation group co-chaired by the US, France and Russia, failed to reach political solution to the decades-old conflict.

Avigdor Liberman considers Azerbaijan as a reliable and loyal partner of Israel and the deepening of the relationship between Israel and Azerbaijan as one of the main achievements of his term in office. That location makes the country extremely strategic for all the major regional players. Its significance for Israel becomes even greater when considering that Azerbaijan borders Israel's old foe Iran.

“It is important that we have a [friendly] state in that location, a Muslim state, modern and secular,” said Liberman.

While state-to-state relations between Azerbaijan and Israel are relatively young, considering Azerbaijan regained its independence after the collapse of the Soviet Union in 1991, human ties between Muslim Azerbaijan and Jewish Israel are as old as the hills.

Liberman, who visited the country three times as foreign minister and once as defense minister, recalled that the history of Jewish community in Azerbaijan dates back some 2,500 years and emphasized the tolerance toward Jews existed in the country even during the days of the Soviets.

Azerbaijan's exemplary religious tolerance made it possible to achieve peaceful coexistence between the country’s Muslim majority and the more than 12,000 Jews and 280,000 Christians living in the country.

Liberman also pointed out that Armenia is most strongly backed by Iran.

"The Iranians are the strong supporters of the Armenians. The relationship between them is very strong and close.”

Israel's cooperation with Azerbaijan extends beyond diplomacy and policy support, however, and includes defense and economic cooperation. Israel buys approximately 40 percent of its oil from Azerbaijan to meet domestic demand, while the Caspian littoral state is the second-largest buyer of Israeli arms. The modernization of Azerbaijan’s military is being made possible thanks in part to Israeli arms sales. In 2016, the contracts between Azerbaijan and Israeli companies with respect to purchasing of defense equipment had reached $4.85 billion.

In a response, Israeli President Reuven Rivlin said that the country's military cooperation with Azerbaijan is not aimed against any side.

"There was love without joy, separation will be without sorrow," Israeli political analyst Mikhail Finkel said commenting on Yerevan's decision, adding that the Armenian embassy to Israel had not even start working due to the severe quarantine. "Israel is not worried about this. We have supported and support [Azerbaijan] and are not going to report on this matter."