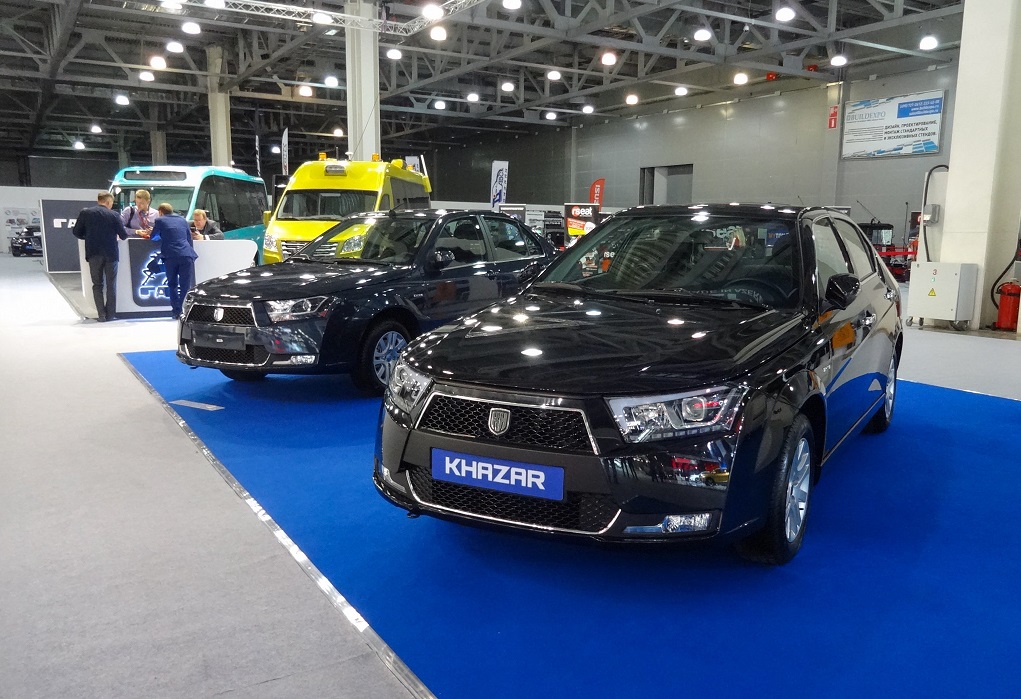 As domestic sales of brand-new cars made in Azerbaijan are increasing, producers are showing them off at an international automobile show in Moscow to help the “Made in Azerbaijan” brand go global.

Khazar cars, which are rolling off the assembly lines at the Khazar motor plant located in Azerbaijan’s Neftchala Industrial Park, will be showcased at the Moscow International Automobile Salon, co-organized by the Organisation Internationale des Constructeurs d’Automobiles (OICA), also known as International Organization of Motor Vehicle Manufacturers.

“From August 31 to September 9, Khazar LD and Khazar SD cars will be exhibited at the international exhibition in Moscow, Russia,” the Economy Ministry announced on its official website on Thursday, referring to two models of cars that are currently being produced in the Azerbaijan. Khazar cars are co-produced by Azerbaijan’s largest automaker, Azermash, and Iran Khodro Company (IKCO), the largest car manufacturer in neighboring Iran.

Moscow International Automobile Salon, the leading national automotive event of Russia, is showcasing the Khazar car models alongside global brands like Cadillac, BMW, Mercedes-Benz, Ford, Hyundai, Jaguar and Land Rover. The exhibition opened on Wednesday at the Crocus Expo exhibition complex in Moscow and will be open until September 9.

The Khazar motor plant in Azerbaijan’s Neftchala Industrial Park was established in 2016, with 75 percent of the overall $14 million investment made by Azermash. Iran’s IKCO chipped in the remaining 25 percent. The plant is currently churning out the cars in a limited volume, but production is expected to increase by the end of this year, when about 1,500 cars will be supplied to retailers both in Azerbaijan and abroad.

The SD and LD models of the car went on sale in Azerbaijan in June. The manual transmission, 1.7-liter engine SD, and LD models meet the highest Euro-5 European gasoline emission standards and international car safety terms and conditions. Prices range from $8,200 to $11,750. The models differ in their engine power and body dimensions. SD is equipped with a 1.7 liter motor at 115 horsepower, while LD has the same volume but a 150 horsepower engine. Both engines are bi-fuel, meant to be able to run both on gasoline and liquefied gas. LD is a bit longer, giving more space for rear-seat passengers.

In 2019, between 2,500 and 3,000 cars are expected to be produced, with 5,000 the following year. Investors hope the plant will eventually reach a production capacity of 10,000 cars per year. Twenty percent of the total production will be delivered in the markets of the Commonwealth of Independent States countries, the Middle East and Africa.